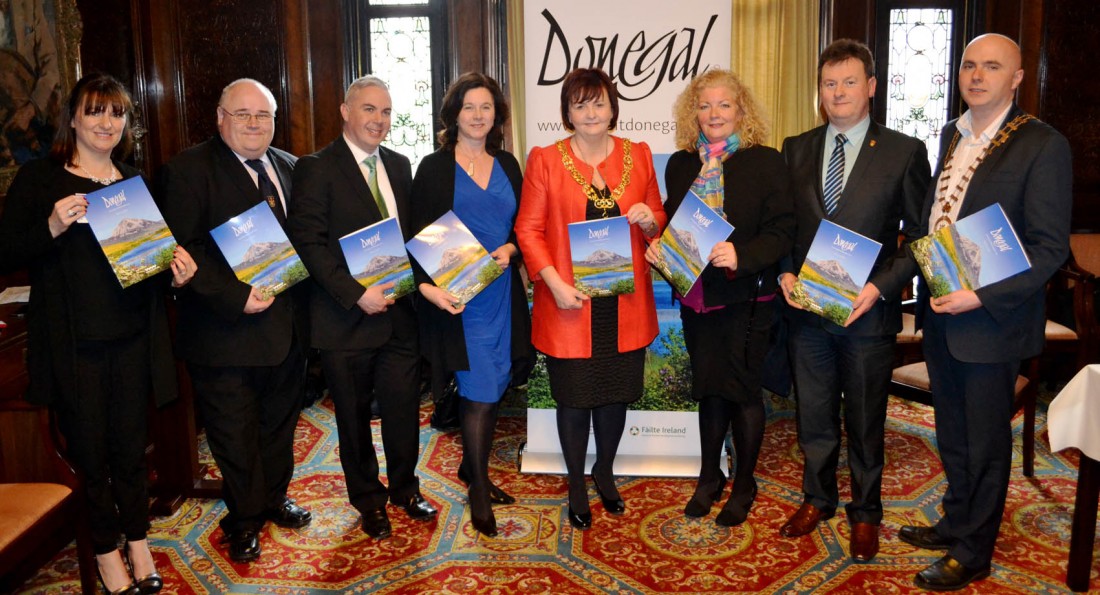 THE third and final launch of the Donegal tourism brochure took place for the Scottish market on Wednesday, March 25, at Glasgow City Chambers.

During her speech, The Lord Provost, Sadie Docherty told of her passion and love for Donegal and recalled many of her visits there. She was particularly impressed with the cover of the brochure which features Errigal and reminded her of the view from her own holiday home where she frequently visits with her extended family.

Chief Executive of Donegal County Council and Chairman of Donegal Tourism, Seamus Neely, spoke of the warm affinity and friendly rivalry between Scotland and Donegal and emphasised the strong relationship between both areas and encouraged all those present to visit the county. He assured the attendees that they would, no doubt feel at home among the high number of Scottish accents which are quite commonplace throughout the county.

Also speaking at the launch, Cathaoirleach of Donegal County Council, Cllr. John Campbell added that the brochure has been received so positively at both home and abroad and that it was a great way of getting the word out about the county and how much it has to offer.

He also stated brochure being launched is a flavour of the fantastic facilities and attractions that we have in the county and it brings to life a strong visual image of Donegal for the potential visitor.

In a further effort to promote Donegal, the team from Donegal Tourism were spending the following day in the high footfall St Enoch’s shopping centre in Glasgow engaging with the pubic and distributing the brochure to interested members of the public.

The Donegal Tourism brochure was unveiled at Glenveagh National Park and promoted at the Nottingham St Patrick’s Day Parade earlier this month. 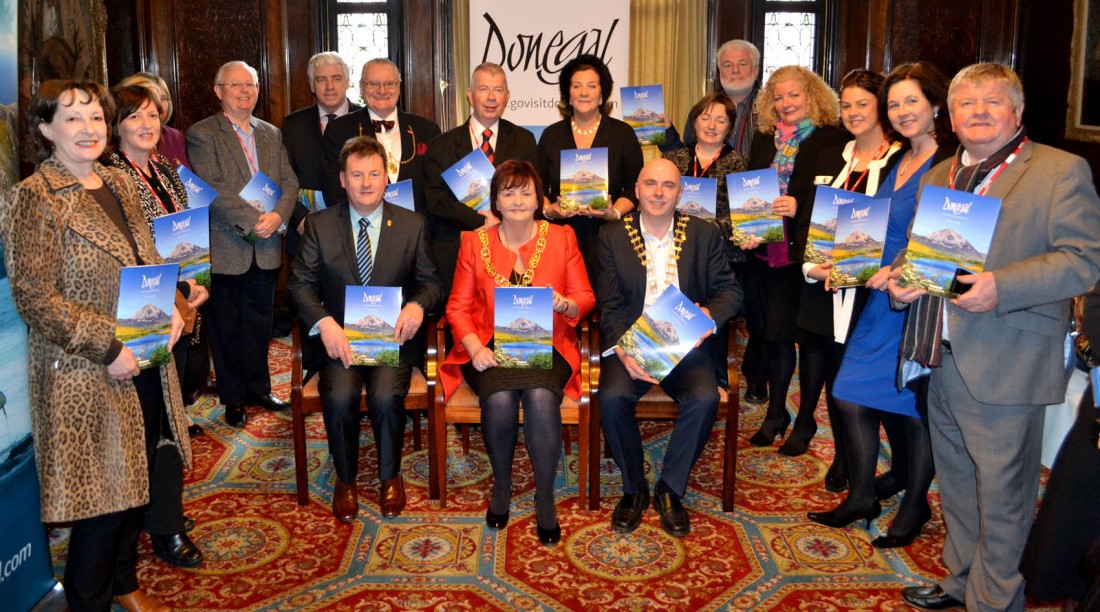 Attendees in Glasgow for the Donegal Tourism Brochure launch.