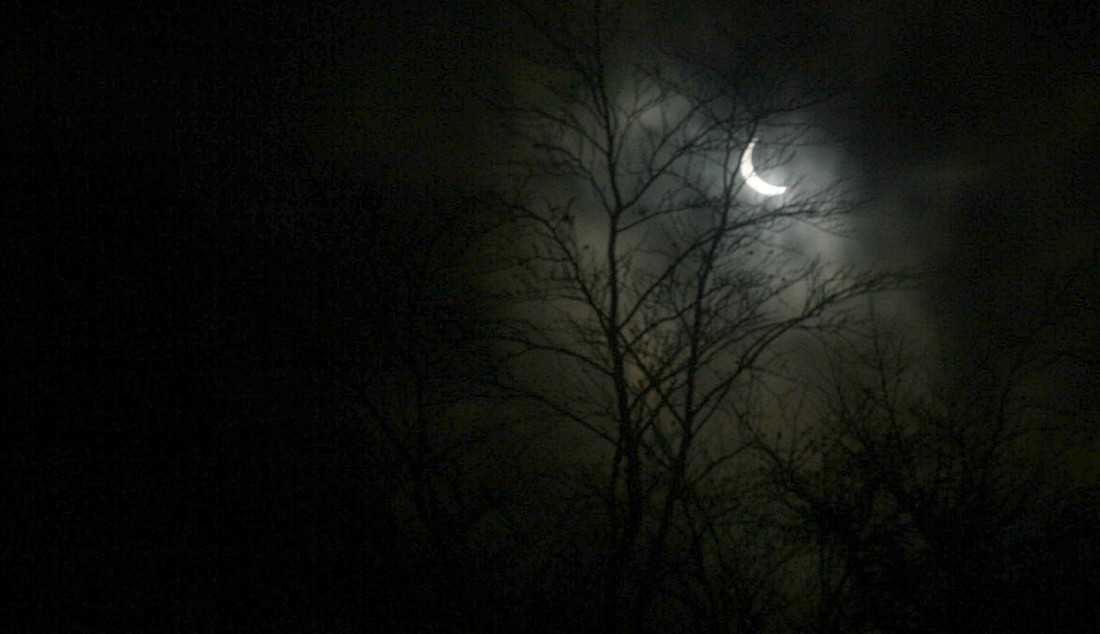 A photo of the eclipse taken on Friday morning morning of the eclipse at St Columba’s College, Stranorlar. “We used two crossed polarising filters and shot the images at 1/4000 sec on ISO 100,” said Teacher, Mr Brendan O’Donoghue

BY SEÁN P. FEENY
TO SAY that yesterday’s eagerly-anticipated eclipse was somewhat of a disappointment would be an understatement.

As one of the most northerly counties, Donegal was tipped as a perfect location to visit and view the partial solar eclipse on Friday morning.

But instead, due to adverse weather conditions, the county was treated to the eclipse appearing ‘every now and then’ generating much disappointment to those who had gotten up early.

One group left very disappointed was the Emerald Guitar team which climbed all the way to the peak of Errigal for a planned film shoot with talented Drumkeen instrumentalist Simon McCafferty.

The world-renowned St Johnston-based guitar builders and a group of film-makers endured a tough climb to the highest, most northerly point in Ireland to be met by overcast skies at 7am. 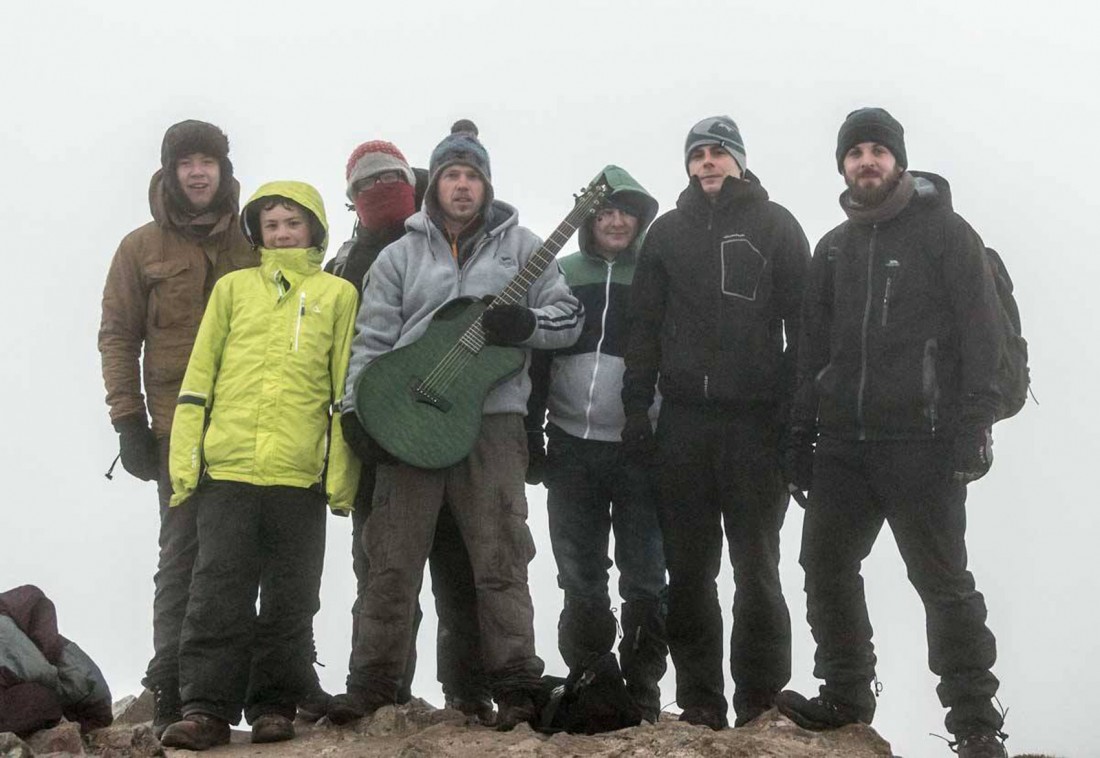 Alistair Hay and the Emerald Guitars team at the top of Errigal on Friday morning.

Alistair Hay, Emerald Guitars founder, said: “It was definitely worth climbing the mountain to experience, even if we didn’t get the footage we so desperately wanted.

“So it didn’t work out this time and for sure we were all a little bit disappointed but that’s what happens when you’re depending on the Irish weather.”

Meanwhile, The West was ‘close to best’ for the almost total solar eclipse, with clear skies drawing hundreds of spectators out to the shoreline of Galway Bay.

Although they happen quite regularly around the world, solar eclipses are very rare in Ireland and so it appears we will have to wait a ‘few’ years to hopefully see it properly on the next occasion.

And as well-known Scottish comedian Frankie Boyle, who has strong Donegal connections to the Rosses, said: “Amazing to think we’ll have to wait over 20 years to hear s***t jokes about an eclipse again. 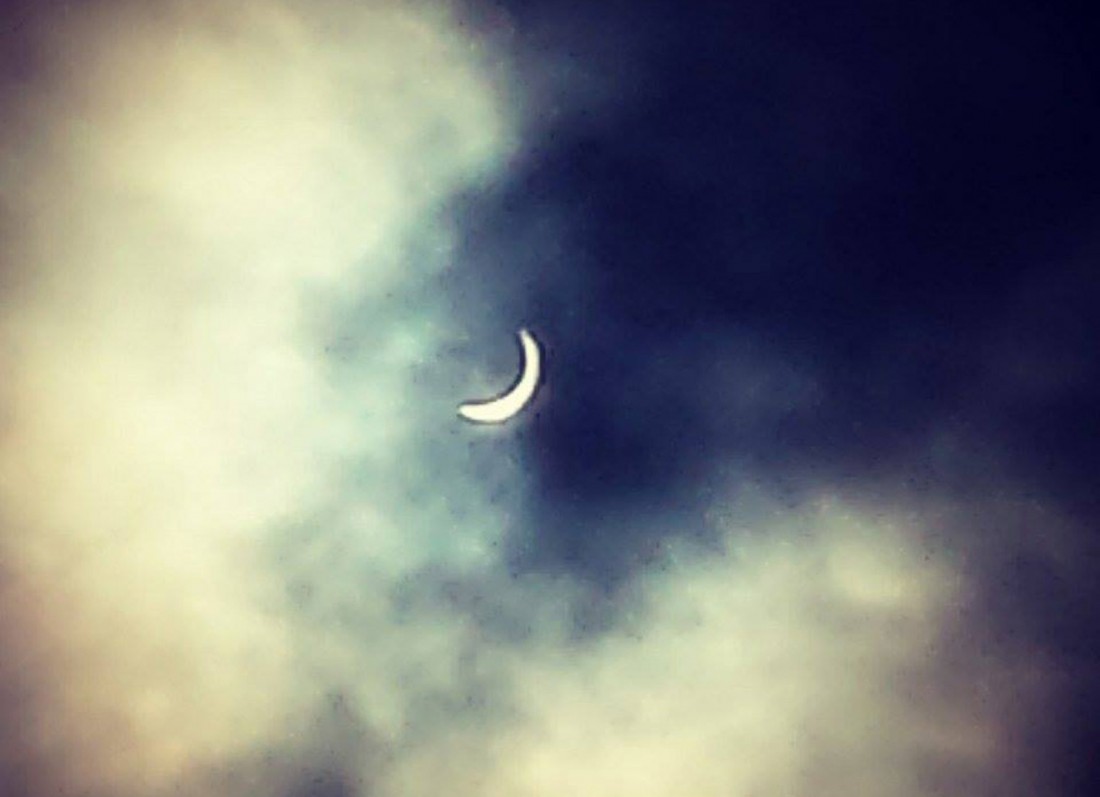 A photo of the eclipse taken by Valerie Friel in Donegal town at 9.34am on Friday morning.