Advertisement
HomeHeadlinesCouncil to ‘ratchet up’ action against illegal dumpers
Advertisement 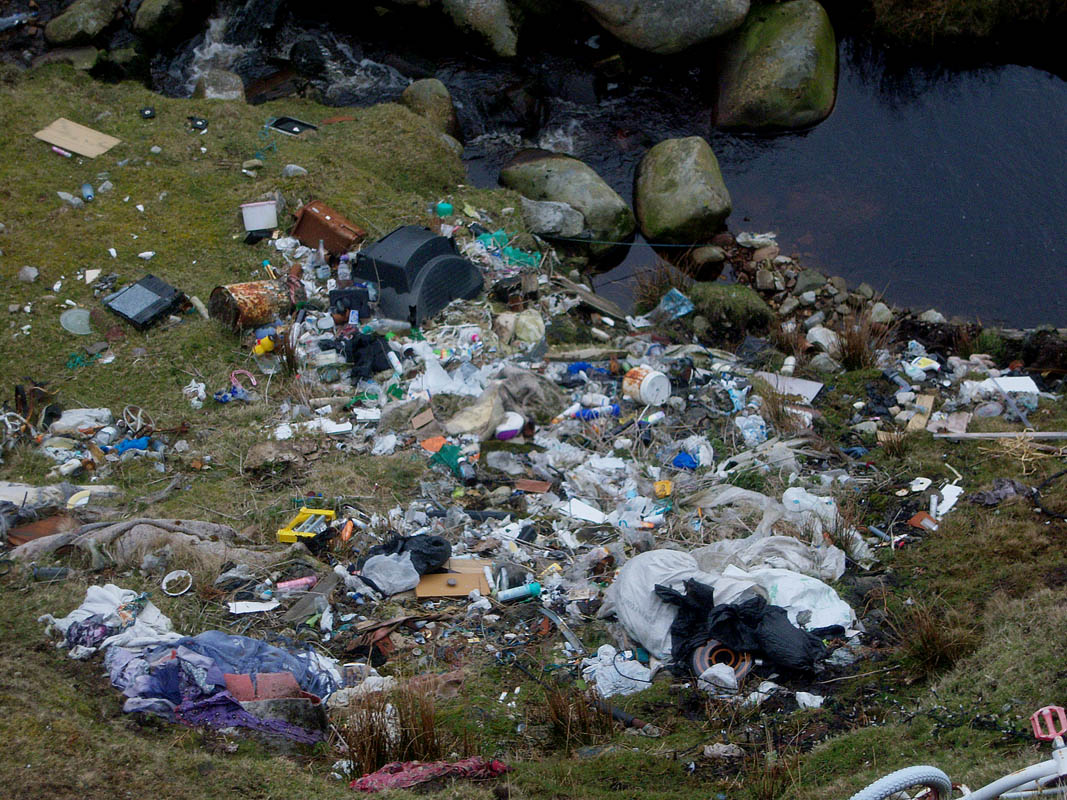 An illegal dump at Bloody Foreland.

DONEGAL County Council is to take a “harder line” as well as “ratchet up” the number of legal actions it takes against illegal dumpers.

That was the message from the council’s Director of Service, Mr Joe Peoples, at Wednesday’s monthly meeting of the Municipal District of Stranorlar.

Mr Peoples was responding to criticism from councillors who, while praising the council’s litter wardens and environmental department, say that fines and penalties for illegal dumping and fly tipping are too lenient.

Cllr Frank McBrearty complained that, despite a number of clean-ups, dumping continues to be a serious problem at the old Raphoe dump.

“The local litter warden, Brian McBrearty, is doing a great job but I want to see that dump fenced off and the trees cut,” Cllr McBrearty said.

“The council installed cameras and people were fined, however, but the fines are far too small and we cannot name and shame them either – there is no real deterrent. There are some things there that I will not raise publicly. I know of one person who was caught and fined for dumping there on four separate occasions, but he just pays the fines as they are so small. The trees provide cover for the dumpers and the fence is broken. The old dump should be closed off. For example, the old dump in Convoy has been cleaned up and young people even play football on it now.”

Mr Peoples praised the local community group in Raphoe and said he would compile a report on the old dump there for the next meeting. However, he said, he was “very disappointed” that people continue to dump rubbish.

“There is no reason to do this in this day and age. We clean up illegal dumps, then people come back and do the same thing again. We will be a taking a harder line on this,” Mr Peoples said.

Cllr Gary Doherty said a council staff member informed him that no one has even been convicted in court for small scale illegal dumping.

However, Mr Peoples pointed out that there had been a number of high profile prosecutions recently and that a number were pending under the Waste Management Act.

“The council is going to ratchet up its actions against illegal dumpers, and I am not just saying that because the media is present today.”

Mr McBrearty said he was glad to hear this, but that there were little or no prosecutions for fly tipping.

“The legislation needs to be changed as there is no deterrent,” he said.

Cllr Patrick McGowan agreed, saying the “punishment did not fit the crime.”

In relation to the high level prosecutions, he said the council won one case “hand over fist” but were left with a €500,000 legal bill while the dumper got off with a “small fine.”