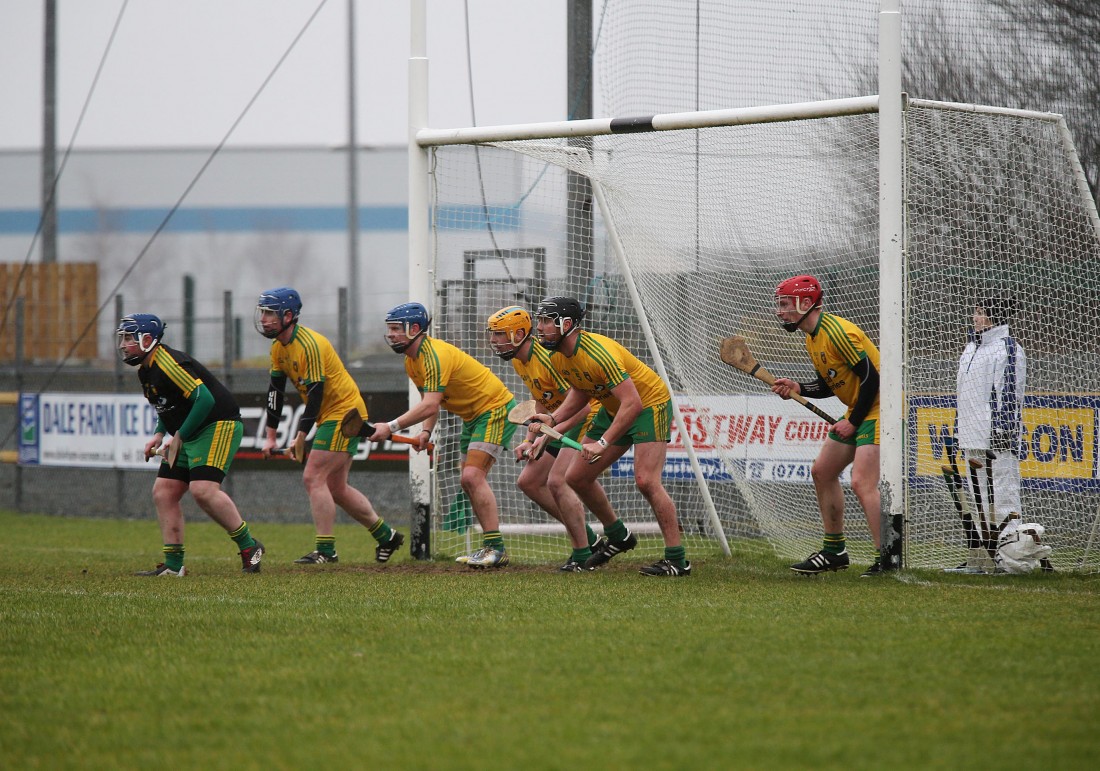 NIALL Cleary is set to make his first start for Donegal hurlers on Sunday when Ray Durack’s side square up to Armagh at the Athletic Grounds (throw-in 2pm).

A native of Shinrone in County Offaly, Cleary is teaching in Scoil Colmcille in Letterkenny. Having shown promise on his Donegal debut, when he was introduced late in the first half of Sunday’s defeat to Mayo at O’Donnell Park, Cleary will be elevated into the starting XV this weekend.

With Durack already down the services of Danny Cullen, Sean McVeigh and Paddy Hannigan, the Donegal boss faces the prospect of going to war with Armagh minus his captain, Joe Boyle, who misses out because of a groin strain, while Christopher McDermott is unavailable because of work commitments.

The absence of messrs Cullen, McVeigh and Hannigan hurt Donegal badly on Sunday when Mayo left Letterkenny with a 3-14 to 1-12 win.

In the blink of an eye, the rug was pulled from under Durack’s men as Brian Hunt’s pair of second-half goals helped steer Mayo into a position of authority.

“We were as good as them – and I feel that we’d have taken them with a full panel,” Durack said.

“Danny Cullen could steady up any ship, Sean McVeigh and Paddy Hannigan are two great hurlers. In saying that, though, we had enough men there who could and shout have taken the bull by the horns.

“The goals we conceded were devastating really. We were matching them for a long time, but the goals left us with a lot of questions. They were big lapses in concentration that you can’t get away with at that level.

“Their goals came from blunders by us. We were turned over too easily, our handpassing and general decision making wasn’t what it can be. I’d put a lot of that down to the preparation and the weather – we trained a lot on a five-a-side, but for hurling you need the full pitch.”