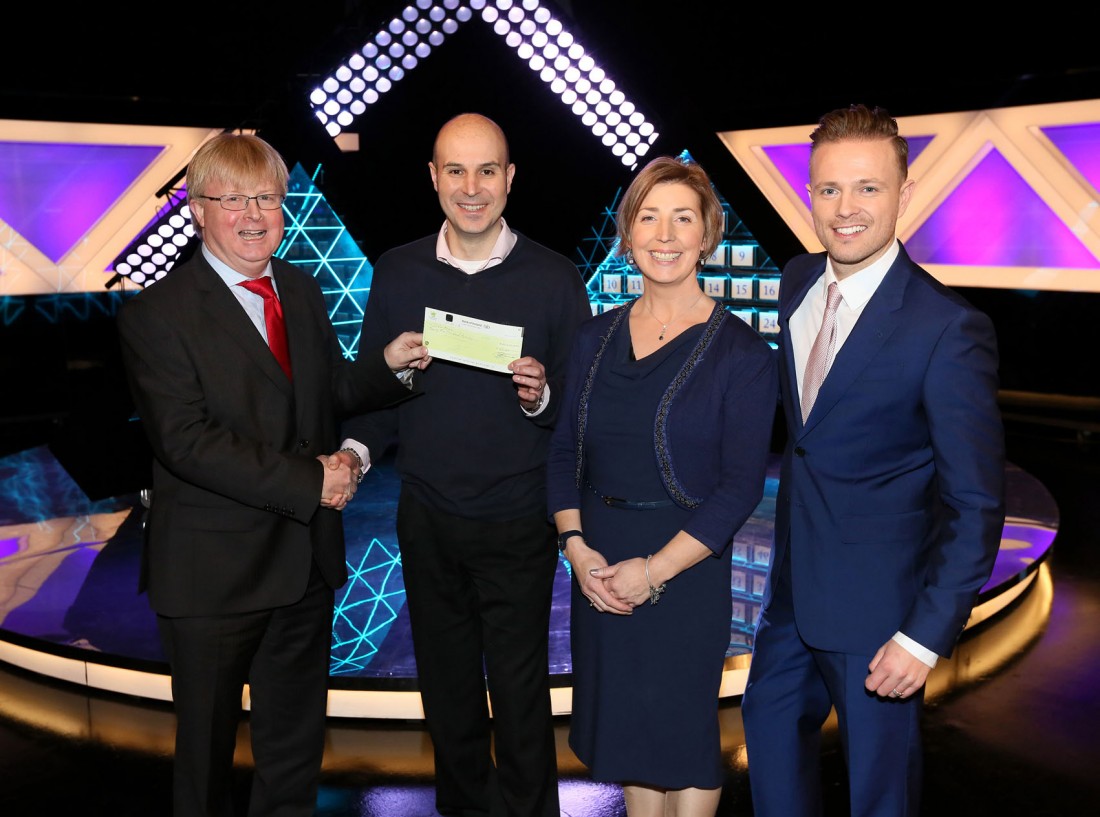 Didier Hosain from Letterkenny, who won ‚Ç¨25,000 on the National Lottery‚Äôs The Million Euro Challenge game show on RTE on Saturday. Pictured at the presentation of prizes are from left to right: Eddie Banville, Head of Marketing, The National Lottery; Didier Hosain the winning player; Didier‚Äôs wife Tina Hosain, who was his guest support on the show and The Million Euro Challenge Host Nicky Byrne. The winning ticket was bought from The Post Office, Belmullet, Ballina, Co. Mayo. Pic: Mac Innes Photography.

TWO Donegal men scooped a €50,000 between them on last Saturday’s, ‘The Million Euro Challenge’ game show on RTE.
Didier Hosain from Letterkenny won €25,000 and Pat Molloy from Dungloe picked up €22,000.
The fourth show of the National Lottery’s TV gameshow was presented by Nicky Byrne, and three players from Donegal and Clare won cash prizes to the value of €85,000.
Mr Hosain (44) is an AV Technician at Letterkenny Institute of Technology (LYIT) and is married to Tina (nee Lally) whom he met in his native France. They moved to Ireland together in 1996 and have three daughters Lydia (14), Sinead (10) and Aoibheann (8). Tina was Didier’s guest support on the show.
The Hosains received five Million Euro Challenge Scratch Cards from Tina’s aunt Mary Lally in Belmullet, County Mayo, for Christmas. The family waited until New Year’s Eve to scratch them and between them got three stars. Tina said to put Didier’s name on them all as he is luckier than her.
Didier’s plans for spending his winnings include paying bills, putting money aside for his daughters’ futures and taking a family holiday. 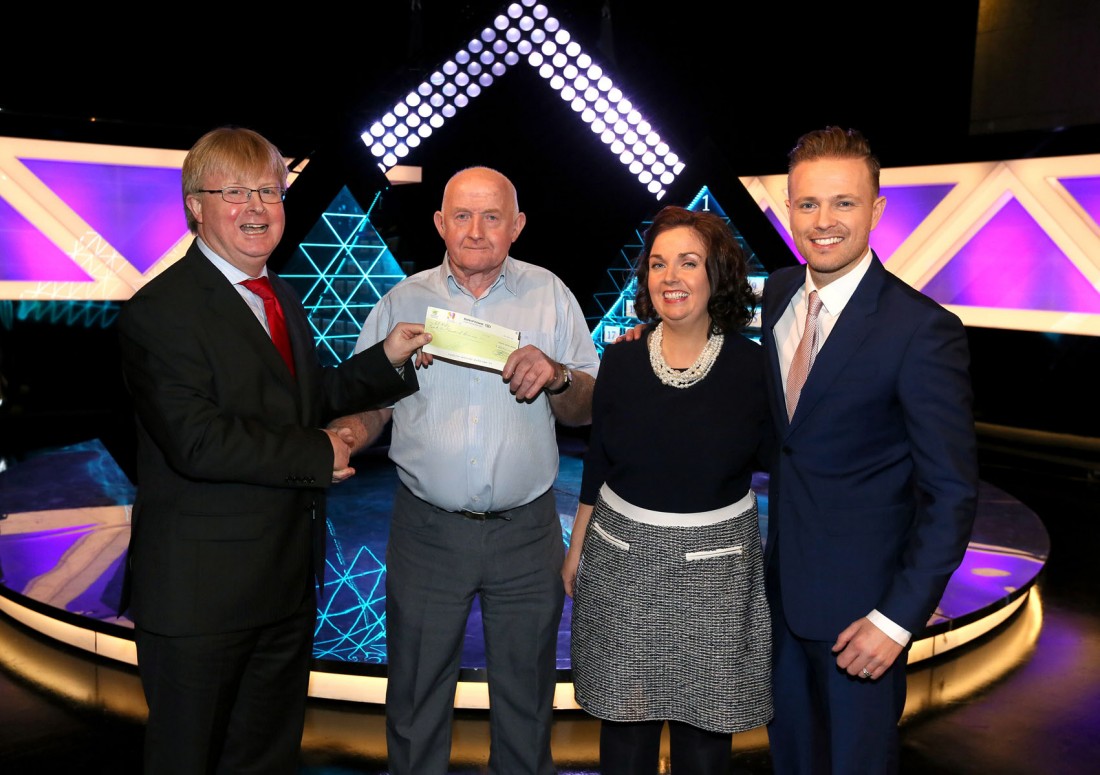 Pat Molloy from Dungloe, who won ‚Ç¨22,000.
Pictured are from left to right: Eddie Banville, Head of Marketing, The National Lottery; Pat Molloy, the winning player, Pat‚Äôs daughter Brenda Mc Geehan, who was his guest support on the show and The Million Euro Challenge Host Nicky Byrne. The winning ticket was bought from XL, 101 Lower Main Street,Letterkenny.

Mr Molloy, a farmer, has been married to Breid for 41 years, they have two children, Hugh Martin and Brenda, and four grandchildren. Pat’s daughter Brenda McGeehan (35) joined him on the show as “she’s a good talker.”
Brenda bought two Million Euro Challenge Scratch Cards, one for Pat and one for Breid. Brenda scratched Pat’s, got three stars and Breid posted the ticket – so Pat couldn’t believe it when he found out! He says it’s been a full time job answering the phone with well-wishers.
Pat would like to share his winnings with his family. Indeed, luck runs in the family – is nephew Patrick Boyle and brother-in-law John O’Donnell were previously on National Lottery game shows.
Million Euro Challenge Scratch Cards are on sale at National Lottery agent shops and offer players the chance to win instant prizes of up to €50,000. Three players will be selected each week to appear on The Million Euro Challenge TV Gameshow and one lucky player has the chance to win up to €1 million instantly.