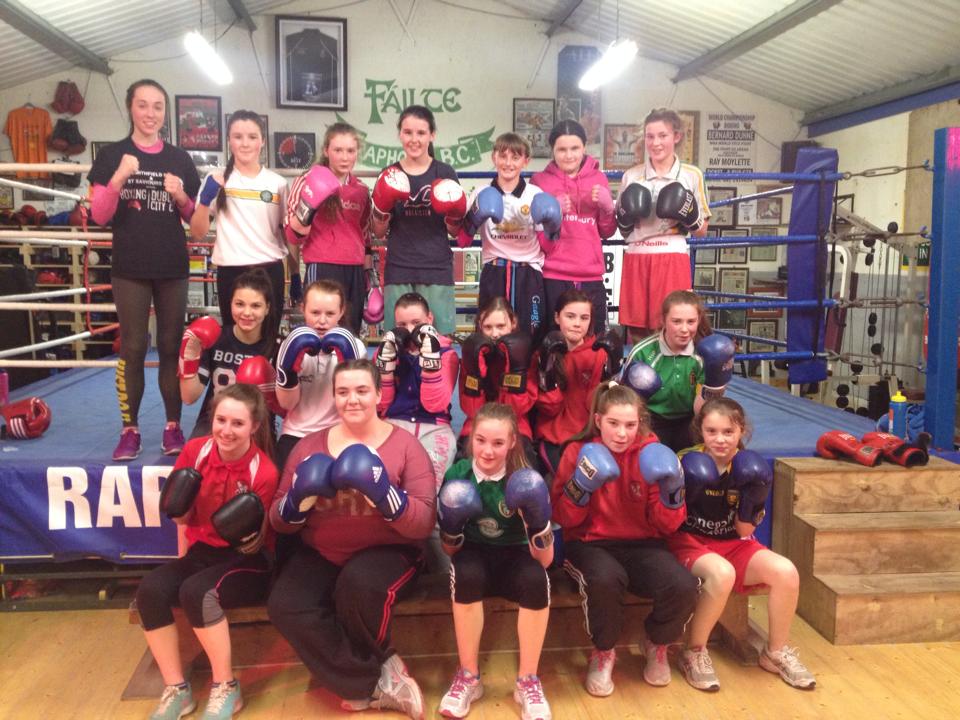 SHARON Scanlon (Finn Valley ABC) takes charge of the Donegal Female Development squad on Sunday as they meet Cork in an inter-county tournament at the National Stadium in Dublin.

In December, the Donegal girls defeated Connacht 8-7 in Ballina and now they’ll aim to make it two wins from two when they tackle the Rebelettes on Sunday.

The Donegal squad has been training on Sunday mornings at the Raphoe ABC gym and will be led by the likes of Carrigart’s European bronze medalist Maeve McCarron, not to mention national champions in the form of Jessica Clarke (Carndonagh) and Ciara Craig (Dunfanaghy) – who both have finals at the Ulster 9 Counties Championships on Saturday – while another national champion is Ciara Anderson (Twin Towns).

Anderson is the grand-daughter of former Irish Olympic boxer Brian Anderson, who boxed at the 1964 Games in Tokyo.

Sunday sees Ciara Anderson bridge a 50-year gap. In 1965, Brian Anderson slugged on the National Stadium’s canvas for the last time when he won the Irish welterweight title. Fifty years on, his grand-daughter dons the Donegal trunks when she meets Tina Carthy in a Girl 6 46kgs contest.

“It’ll be a great experience for all the girls to get a chance to box in the National Stadium,” said team manager Scanlon.

“The girls have been brilliant attending the squad training, which has been a great help to developing female boxing in Donegal. We had a great trip away to Ballina in December and we’re all looking forward to Sunday.”