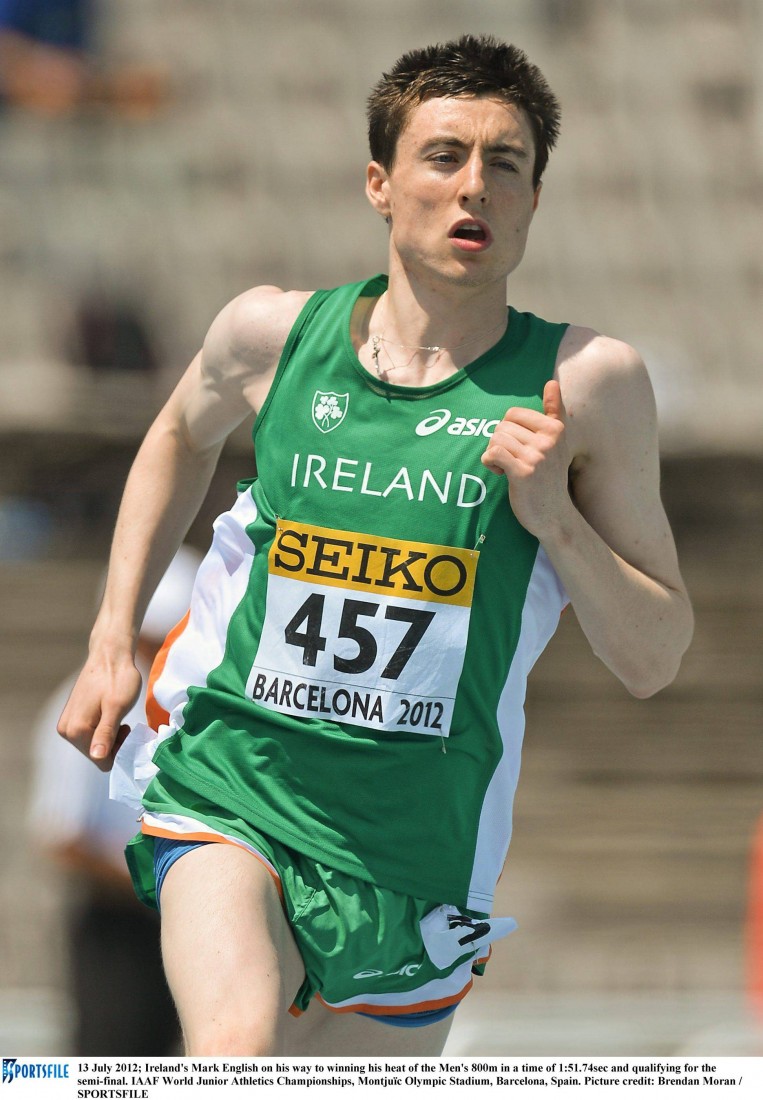 WE had plenty to get excited about when it came to watching sportspeople or teams from Donegal compete in 2014.

The Donegal senior and minor footballers got to All-Ireland finals, Termon ladies won an All-Ireland at club level while Urris got to an Ulster final. It was also a great year for the St Eunan’s club, winning senior, reserve and U21 county titles while a number of footballers and hurlers collected All-Stars with Ryan McHugh winning Young Footballer of the Year.

At international and world level, Donegal was also well represented with Mark English winning bronze at the European Championships, the highlight of the athletics year.
Ann Marie McGlynn’s team bronze at the European Cross Country, being another notable achievement. The likes of Brendan Boyce, Karl Griffin, Dempsey McGuigan and the Kellys, John and James, also performed brilliantly this year.

For Mark English, 2015 is all about getting ready for the Olympic Games in Rio and we all know that with his meticulous planning he’ll be in tip-top shape come the summer of 2016.
Young Killybegs footballer Seamus Coleman’s rating as a top class player also continued to rise in 2014. Just this week he was again linked with a possible €25 million move to Manchester United – that news comes on the back of him picking up awards at club and international level for his performances for both Everton and the Republic of Ireland last season.

Philip Deignan is another athlete on the rise. The Letterkenny cyclist is now an important part of Team Sky and he’ll be targeting a place in the Tour de France team in 2015. Philip is now well established among the elite in a tough and testing sport and has shown more than once that he’s now able to hold his own with the very best.

Jockey Martin Harley from Trentagh, who successfully recovered from a bad injury in March, announced that he was leaving the Marco Botti stable to ride as a freelancer where he can expect a high demand for his services.

Jason Quigley turned professional in 2014 and he’s already had three wins in the paid ranks, but tougher tests await for the Ballybofey man. Under the guidance of his dad Conor and manager Oscar De La Hoya we expect great things from him in 2015 and beyond.
The Boyles, Declan and Brian, dominated rallying in Ireland in 2014, winning both the Tarmac and National Championships while they also became just the second Donegal crew since Vincent Bonner and Seamus McGettigan to win the Donegal International Rally. We can expect more of the same from the lads in 2015 as they are now, by far, the best rally crew in Ireland.
Donagh Kelly and Declan Gallagher are other Donegal rally drivers who performed well this year, with Gallagher tipped as a star of the future.
Nora Stapleton and Larissa Muldoon enjoyed a great year as part of the Irish ladies rugby team with the highlight being their win over the All Blacks in the World Cup in France on their way to the semi-finals.
Like Mark English, Raphoe’s Chloe Magee is looking forward to Rio in 2016. Having already represented Irelands at both the ‘08 and ‘12 games in Beijing and London, she is now trying to become one of an elite group of Irish sportspeople who have represented their country in three Olympic Games. No doubt her brother Sam will also be doing his best to be on the Irish badminton team for the Olympics.

On the soccer front, closer to home, it was a disappointing league season for Finn Harps under new manager Ollie Horgan where a lack of goals proved to be their achilles heel. Even a good cup run which saw them lose out to eventual cup winners St Pat’s in the semi final didn’t paper over the cracks.

Ollie has re-signed the bulk of last year’s squad and brought in one or two new faces ahead of the new season and it looks like they will be capable of competing for honours, if they can start scoring a few more goals. Team captain Kevin McHugh will yet again be vital in that department in what will be his last season playing for the club. Kevin has given incredible service to the Harps and it would be fitting if they could reward all his efforts with promotion.

There were notable performances too from Johnny Dunleavy, who captained Cork City, and Barry McNamee who played such a leading role in helping Derry City to last season’s Cup Final.
The Ulster Senior League was again won by Cockhill Celtic, while the AGM saw clubs finally agree to revert back to a winter season in 2015-16, starting in August. In the meantime there will be an interim season and it will be interesting to see how many of the teams are involved in the coming weeks.
The Donegal League continues after the Christmas break this weekend. St Catherine’s dominate things at the top of the Premier Division, Castlefin lead the way in Division 1, while Convoy and Bonagee are going well in Division 2.
The GAA season also gets underway this weekend with the McKenna Cup taking centre stage for the nine Ulster counties plus three college teams. Donegal begin their campaign in Owenbeg (Dungiven) on Sunday against Derry with home games against Queens and Fermanagh to follow in MacCumhaill Park.
The fact that Rory Gallagher has taken over from Jim McGuinness has created huge interest and all eyes will be on his new look Donegal team from the get-go on Sunday. The manager has combined the old with the new with many of the more familiar faces sitting out things for the time being.

With the National Football League due to start in a month’s time – with another clash with Derry at MacCumhaill Park followed by a meeting with Dublin in Croke Park a week later – there isn’t too much wriggle room as Gallagher looks to get his more experienced players match fit.

It’s all about getting the balance right from the off but, ultimately, when push comes to shove the only thing that really matters is the championship and Rory Gallagher will already have one eye on the Tyrone game in May.

There are many, many other talented Donegal sportspeople who I could mention here if time and space would permit with athletes, boxers, soccer, GAA and rugby players, cyclists, swimmers and triathletes all to the fore. Add hockey and polo, basketball, tug-o-war and lifesaving teams and it makes for another exciting year’s sport ahead.

While natural talent is a great gift to process, it will only reap its greatest rewards when you add dedication, determination and commitment. Those traits were all very evident in many Donegal sports men and women in 2014 and I’ve no doubt that 2015 will be another happy sporting year.

For the moment, Happy New Year to everyone.