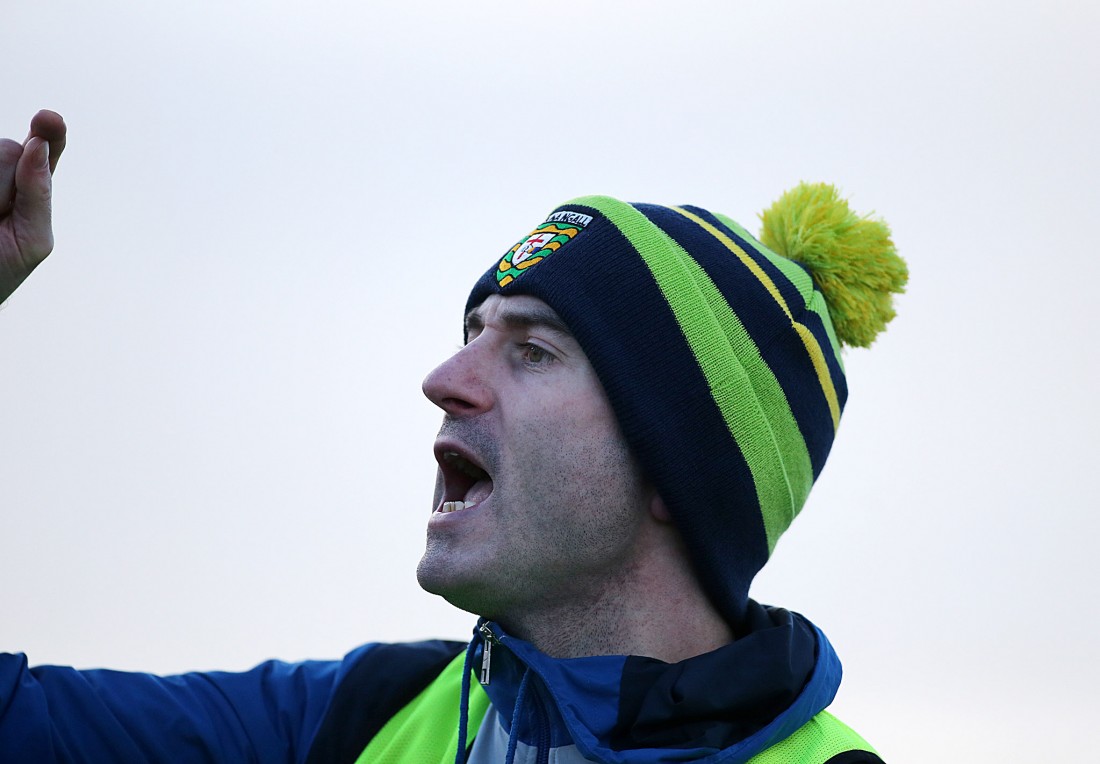 RORY Gallagher appears in a contented place as he readies himself to lead Donegal into the National Football League next weekend.

Rory Kavanagh has retired and Leo McLoone is on a ‘break’ from inter-county football, but aside from those exceptions Gallagher has Donegal’s leading lights all back in tow.

Karl Lacey is expected to return next week when Donegal host Derry in the opening League game of the campaign, while Colm McFadden, Neil McGee and David Walsh are back in training and are said to be close to making a return.

Gallagher succeeds Jim McGuinness, alongside whom he worked in 2011, 2012 and 2013, as the Donegal manager and the Belleek native, who now resides in Killybegs, seems to be relishing the task.

The Dr McKenna Cup has come and gone in a puff of smoke, with two wins and a defeat from what was, by and large, a useful January for the new man at the helm. After an inexperienced side lost 1-16 to 0-8 against Derry in Owenbeg, Donegal posted home wins against Queen’s and Fermanagh and Gallagher used 30 players, including nine debutants, in the competition.

“I think it’s been very positive,” Gallagher told the Donegal News this week.

“We had a fairly flat start against Derry, but I think that was to be expected given the lack of training and togetherness that we had. Guys were involved in a trial process up until around the 10th of December and we weren’t together properly until December 29th when we were permitted to actually train. We had lads who were totally new and other lads who didn’t have much game time behind them.

“I definitely feel as if we’re going into the League with four, five or six new or relatively new faces who I think can play a part.”

Eoin McHugh and Ciarán McGinley, both of whom worked under Gallagher at Kilcar, have been among the bright points of the year so far. McHugh’s class has been evident at club level for some time and his transition has, thus far, been seamless. McGinley had been touted before, but never got the call. He was a member of that Under-21 squad which reached the All-Ireland final in 2010 and is the latest of that batch to graduate into the senior ranks.

McHugh had played previously – lining out against St Mary’s in 2013 – but it has been McGinley’s first taste of senior action. The same is true of Eamon Ward, Conor Parke, Eunan Doherty, Joe Gibbons, Ryan Malley, Malachy McDermott, Ciaran McCaughey and Sean Hensey. Those players are likely to be retained throughout the National League.

Gallagher said: “We have a good vibrant squad and we’ll not make a decision on someone in three weeks; it could take some of them the three months but in that time they might show us something.”

With Kavanagh retiring, it will be a big year for Martin McElhinney, a player who featured in every Championship game in McGuinness’s time, but who could never quite nail down a starter’s berth.

January has been useful, too, for players like Odhrán MacNiallais -who showed that 2014 was no one-year wonder with a barnstorming game against Queen’s that yielded six points – Martin O’Reilly, Hugh McFadden, Daniel McLaughlin and Dermot Molloy. Darach O’Connor broke through in 2014 and was handed starts in both the Ulster and All-Ireland finals and played his first game of the year on Monday night when Donegal overcame Sligo IT in a challenge.

Gallagher said: “Those lads have established themselves as first team players now. We’ll be looking for them to push on and become even more important parts of the set-up.

“Against Queen’s Odhrán stood up and took the game by the scruff of the neck. That’s the sort of thing we want to see from those lads – that wee bit of leadership and initiative.

“They have been in and around the set-up but haven’t seen as much game time as we’d like to have given them. It took them a while to find their feet, but they showed some good minutes of quality. Really all we’ve been looking for is for the performance levels to be going up during January with a view towards the Derry game.”

Brian McIver’s Derry arrive in Ballybofey on Saturday-week a year on from when they stormed to a League final only for their Championship to be over in 140 minutes after beatings by Donegal and Longford.

For Gallagher, the opening night represents a significant marker, the first ‘competitive’ match of his inter-county management career.

“Home form is crucial in the League and we have four home matches this year. I’m really looking forward to the Derry game. We’ll be all out to get off to a good start, but it won’t be straightforward.

“Every game we go out to play, we’ll be going out to win it. The feeling of winning with a team is so big. You can’t buy that. It’s hard to beat the feeling of grinding out a League victory in the spring. You feel as if you’re making progress. We’re taking the first two games, Derry and Dublin, as our first block in the League. That’s all we’re looking at for the time being.

“The Tyrone game in the Championship in May is the most important date of the year for us. Everything we do from here on will be gearing towards that one. What we do in the League will be used as a basis for our tactics and fitness, all working with Tyrone in mind. We aim to win as many games as we can. The first aim is to get three wins that would likely mean survival in Division 1.”

For the League, the likes of Paddy McGrath, Declan Walsh and Paul Durcan, who are working in Dublin, will train under the watchful eye of Jack Cooney, the former Westmeath player who has been recruited by Gallagher as a coach/selector, in the capital.

“Jack meets with them collectively and a couple of the under-21s too and then they do their own fitness, strength and conditioning work,” the manager explained.

Donegal were leading by seven at half-time against Fermanagh, but ended up clinging on to win by two points after Marty O’Brien and Sean Quigley netted in the second half.

“I wasn’t alarmed at all,” Gallagher shrugged.

“We had a heavy week of training in heavy conditions. It was disappointing that we didn’t manage to turn the momentum at any stage in the second half. We have a lot to work on yet, but given the amount of time that we’ve had with them that was only natural.”

The surroundings are the same for Gallagher, so immersed in Donegal for three years previously. The difference now is that he wears the Bainisteoir’s bib, rather than the one with Maor Foirne upon it.

“There isn’t much of a difference,” he said.

“What I am most interested in is coaching and planning for opposition. At the start there was a big difference in terms of organising because there was a backroom team to put together. There was a lot of discussion and meetings about that, but we have it in place now. I trust them to get on with their jobs.

“The nuts and bolts of it, if you like, is still all about coaching the team.

“It’s been enjoyable so far.”