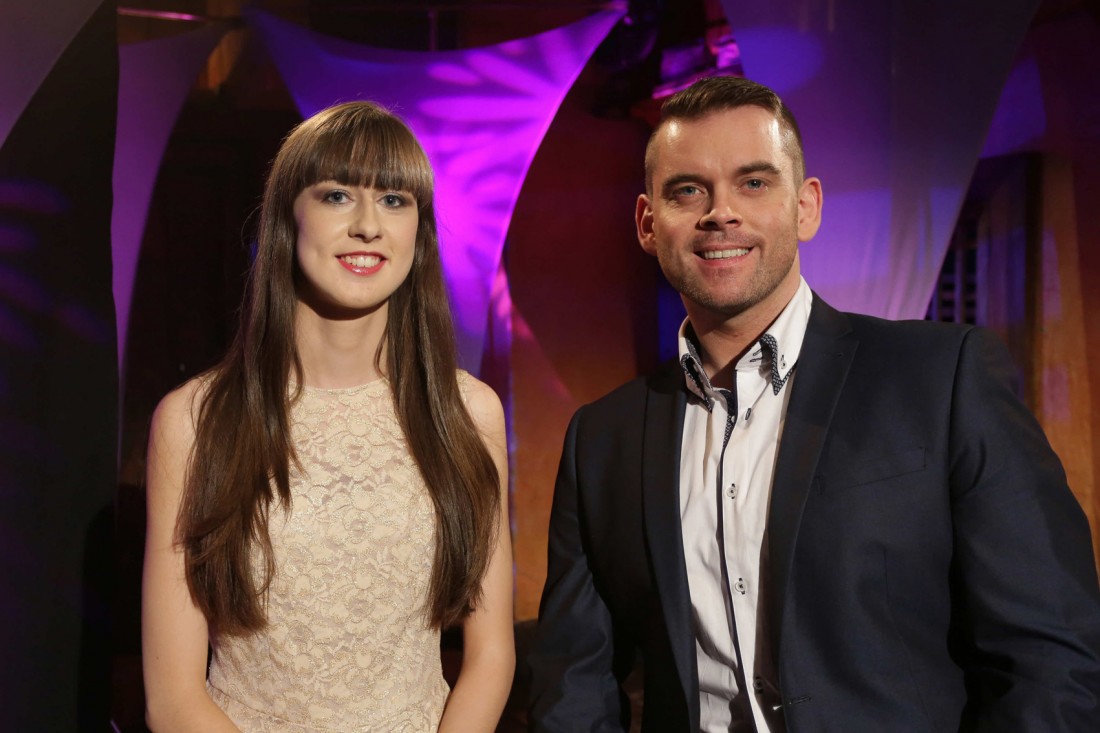 A YOUNG West Donegal singer has once again hit our television screens as she vies to become the next big thing on the Irish Country Music scene.

Although still only 19 years old Sarah-Louise McFadden is no stranger to the Country music scene in Donegal and around the Country.
Sarah-Louise is the daughter of Seán and Marian McFadden, Brinaleck, Gaoth Dobhair and has two siblings, Shaun and Sonia.

Sarah-Louise’s highlight of that year was getting the opportunity to appear on the TG4 programme Opry an Iúir alongside Liverpool’s Nathan Carter. “My friends weren’t into Country music back then so it was hard for me at times, as no one had the same musical interest, but Country has really taken off since then amongst younger people, especially singers like Nathan Carter,” she said.

With the Leaving Certificate looming, Sarah-Louise took a break from music in 2013 to concentrate on her studies, paying off by being accepted to study Accountancy at Letterkenny Institute of Technology (LYIT) in the autumn of that year.

“It was hard staying away from the music, during my Leaving Cert Year and then in 2014 I only did two concerts – but the highlight came when I was accepted onto Glór Tíre.”

After starting her second year at LYIT former Pobailscoil Ghaoth Dobhair and Lunniagh NS student then decided to apply for the new season of Gael Media’s Glór Tíre.

Having applied in August by sending in an audition video, Sarah-Louise received a surprise call from the producers in November, much to her delight. “I was in college when they (Gael Media) called me and told me that Gerry Guthrie had chosen me from the audition videos to mentor – I was over the moon.

“I have followed Gerry’s career with great interest and I am a big fan of his music. He’s a lovely fella so I was delighted that he chose me,” she said.

And so as Sarah-Louise was introduced to television viewers on Wednesday night’s first show, she followed in the footsteps of a number of Donegal singers who have featured on the programme with great success, including Elaine Boyle, Grainne Gavigan and Lisa McHugh.

SUPPORT
Sarah-Louise and all her friends and family got together at Teac Jack in Glassagh on the night to watch the programme which was pre-recorded at The Quays in Galway last December. “Even though not all my friends are into Country music, they were all there to support me and have been spreading the word for me online, it’s been amazing.”

In the meantime, you can keep an eye out for Sarah-Louise on the local music scene and she is also available for bookings via her Facebook page ‘Sarah-Louise Mc Fadden’.

Sarah-Louise McFadden and Gerry Guthrie’s pre-recorded Glór Tíre episode will be broadcast on TG4 on Wednesday, February 11.
Voting lines have been open since Wednesday night and will continue to be open until the last pre-recorded show is broadcast.