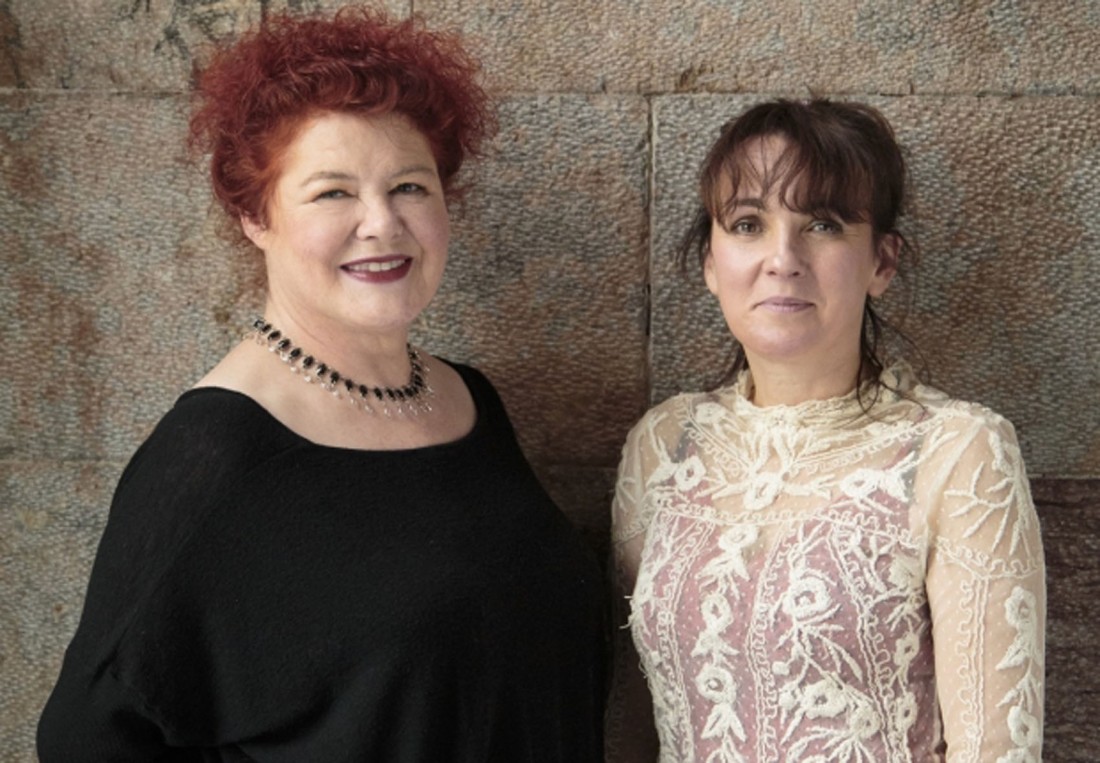 DONEGAL audiences have the perfect opportunity to shake off those post-Christmas blues with the first collaboration of legendary Irish singers Maura O’Connell and Karan Casey in a concert at the Regional Cultural Centre Letterkenny, Saturday, January 17.

The concert is the final one of three world class concerts that made up the first ever Letterkenny Trad Week, a feast of traditional music which featured some of the biggest names in Irish, Scottish and Swedish folk.

Blending Irish and progressive American folk singing styles, Maura O’Connell burst onto the trad scene in the 1980s as vocalist with De Danann.

The Ennis singer’s career has brought her international acclaim, two Grammy nominations and collaborations with everyone from Bonnie Raitt, Nanci Griffith and Dolly Parton to Alison Krauss, The Chieftains and Van Morrison.

Former lead singer with Solas and a highly-acclaimed solo artist, Karan Casey is one of the most influential vocalists in Irish or American folk music, performing with such luminaries as James Taylor, Liam Clancy, Peggy Seeger, Mick Moloney, The Dubliners and Imelda May. Her gorgeous, soulful voice has featured on over 50 albums.

They are joined by two leading Irish musicians, Donegal accordionist Martin Tourish and guitarist Ed Boyd. Martin Tourish’s reputation has grown rapidly since he was named Young Musician of the Year by TG4 in 2008.

He is an occasional member of Altan, has performed with Carlos Nunez and been a guest soloist with the RTÉ National Symphony Orchestra.
Ed Boyd is widely considered to be one of the finest acoustic guitarists on the European folk circuit. A founding member of BBC Folk Award-winning group Flook, he is known for his technical brilliance and delicate ensemble playing.

This incredible evening of traditional and folk music will include the best of both singers’ back catalogues as well as some brand new material.

The Maura O’Connell and Karan Casey concert commences at 8pm and tickets can be booked at An Grianán Theatre Box Office on 00353 7491 20777 or online at angrianan.com.