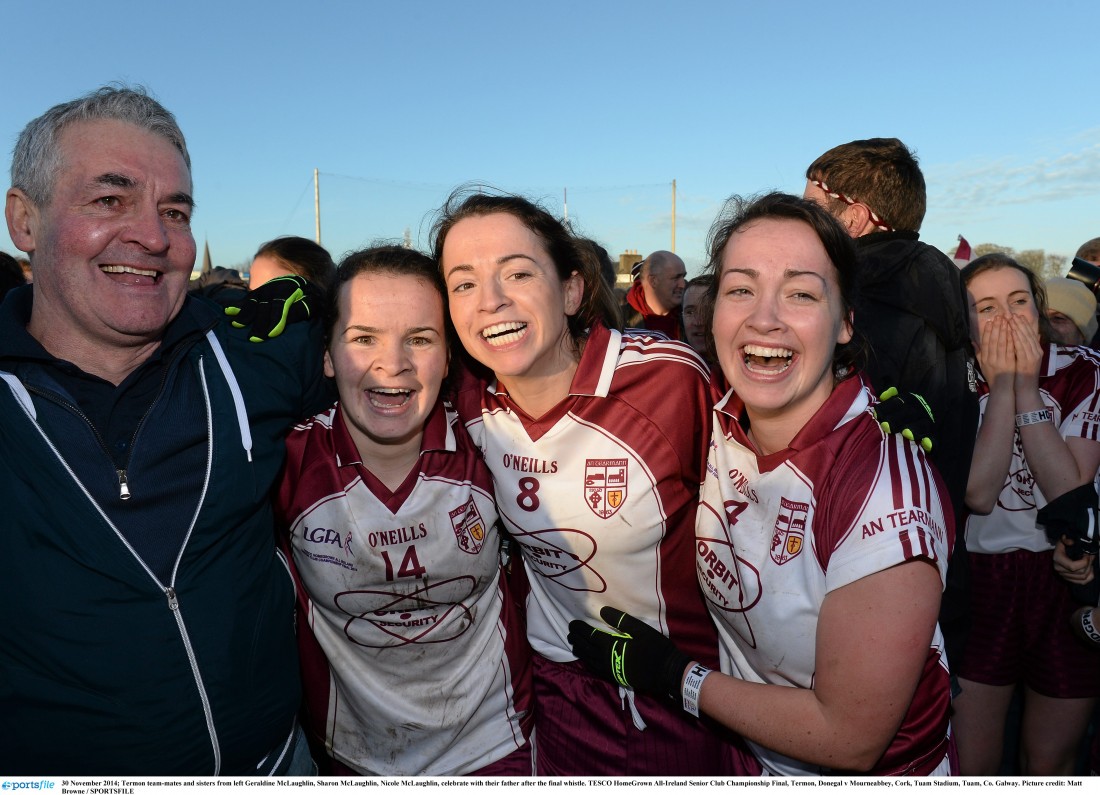 Termon team-mates and sisters from left Geraldine McLaughlin, Sharon McLaughlin and Nicole McLaughlin, celebrate with their father after the final whistle.

HUNDREDS of Termon supporters spilled onto the pitch at Tuam Stadium after their heroic ladies team won the All-Ireland title against Mourneabbey.

Spurred on by inspirational captain Geraldine McLaughlin – who scored a stunning 3-8 for the Burn Road girls in their 3-12 to 1-13 win – Termon became the first side from Donegal to take home an All-Ireland. Francie Friel’s team came from four behind at half-time to win a cracking final.

At the end, McLaughlin was heavily involved in the final passage of the game, toying with Mourneabbey before Gus Chapman’s final whistle saw her leap into the arms of jubilant boss Friel as the maroon and white invasion poured onto the pitch.

After accepting the Dolores Tyrrell Memorial Cup, McLaughlin addressed what seemed like the whole of Termon from the victor’s platform.