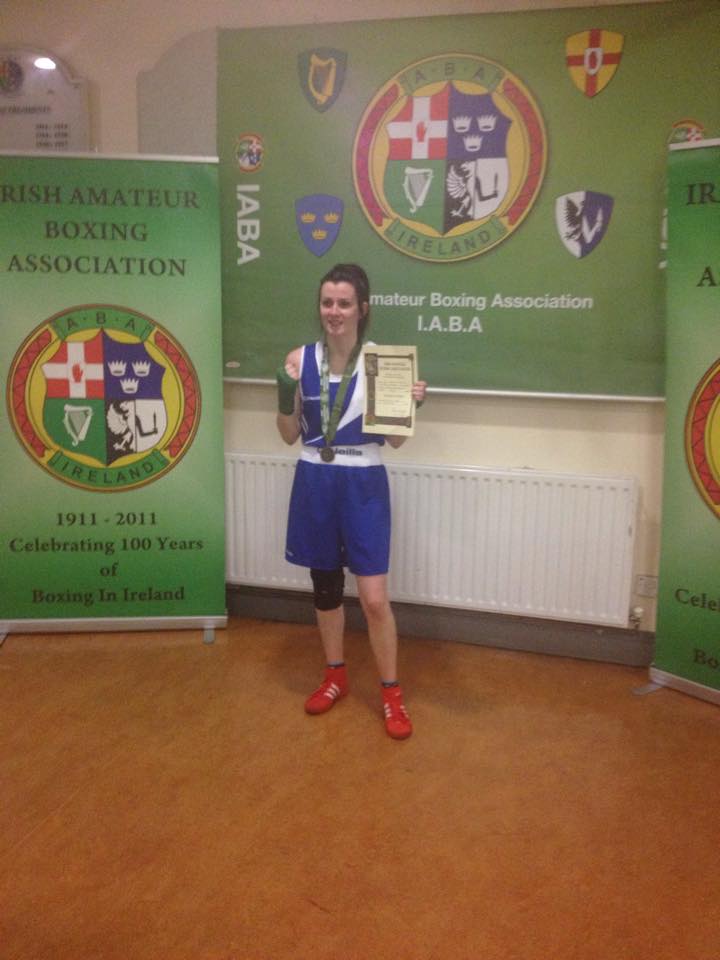 DONNA Barr clinched her third national title on Saturday night as the Twin Towns BC woman scooped the women’s 50kgs crown at the National Intermediate Championships.

The Strabane native scored an impressive win against Kirsty McCarthy (Golden Cobra) at the National Stadium.
Following her previous wins in the National Novice Intermediate and National Under-21 finals, it’s Barr’s third time to leave the South Circular Road a champion.

“I’m just over the moon,” said a delighted Barr.

Her’s was a controlled performance and Barr was on top from start to finish, rarely giving McCarthy a look in.

“I’m buzzing. It’s unreal to win a National title again. My coaches at Twin Towns have been unreal; I wouldn’t be here without their help.”

Barr won a silver medal at the recent Celtic Cup in Waterford and has been in flying form of late.

On Friday night, her Twin Towns colleague Paul Kelly will look to repeat the trick when he takes on Ryan Dervan of Loughrea in the middleweight final. The Ballybofey man stopped Shane Egan (Bracken) in his semi-final on Saturday.
Kelly won gold at the Celtic Cup and has victory’s scent in his nostrils again.

There was no such joy for Convoy ABC’s Lee Boyd, who was beaten by Corrib’s Noel McBride at 67kgs.  Boyd recently won the Defence Forces title, but a cut sustained in his quarter-final win over Richie Hedderman came back to haunt the Convoy man.

McBride, a former St Mary’s Annagry boxer now with Corrib, took the win via a first round TKO.

At super-heavyweight, Bernie Stokes from Bluestack in Ballybofey overcame Lettekenny’s Michael McConigley. Stokes will face Robert Kraska (Portlaoise) in the decider this Friday, while Thomas Mongan (Illies) was unable to line up for the 57kgs semi, meaning a walkover for St Colman’s Barry Walsh.