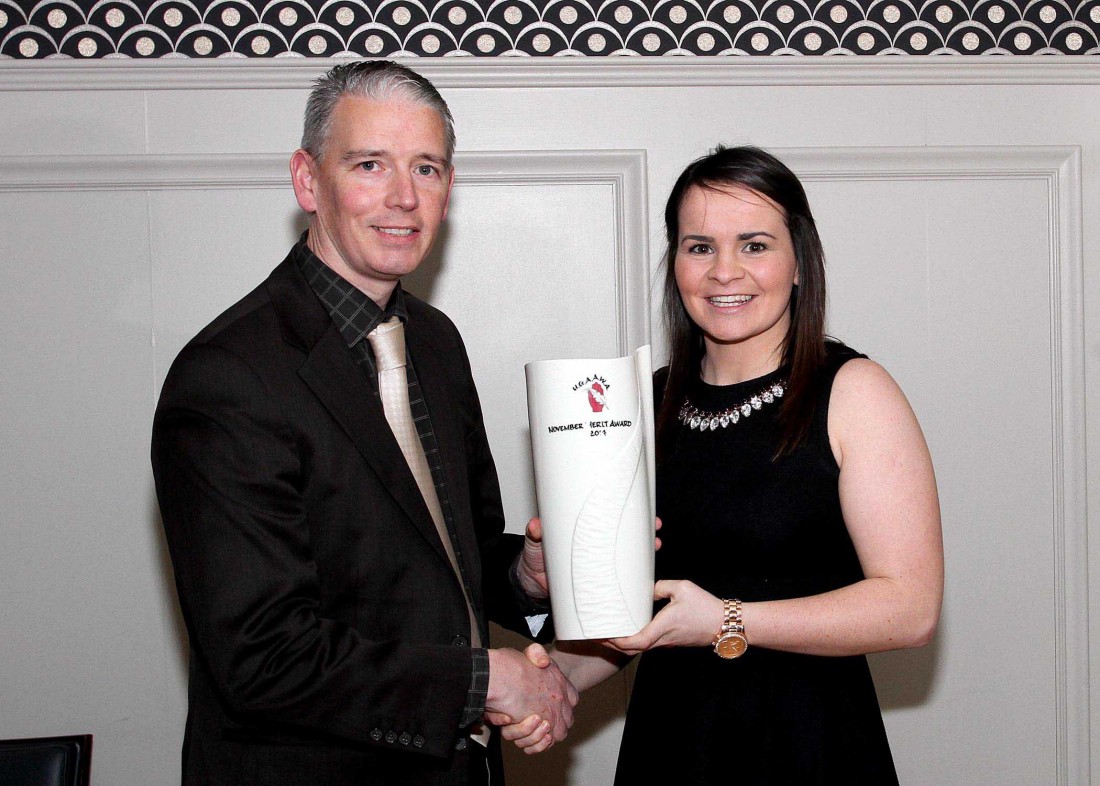 LAST Thursday night, Donegal GAA historian Fr Seán Ó Gallchóir spoke at the launch of his updated Book of Donegal GAA Facts at the Óstán Loch Altan about the recent success of the Termon ladies team.

The Burn Road girls became the first club side to win an All-Ireland title when they defeated Mourneabbey in the All-Ireland senior club final at Tuam Stadium. McLaughlin sprinkled stardust on the final, scoring 3-8.

McLaughlin shot the lights out this year with unerring consistency; her tally for the Championship stood at a stunning 25-35.

Frank Hogan is a familiar sight during the GAA year. He is the man responsible for the ‘John 3:7’ sign usually pictured behind the goals on big match days.

Fr Seán reckoned the Termon club could do worse than put up their own version. Certainly ‘Ger 3:8’ would look well around the Burn Road!

Since her exploits in the final, the plaudits and the awards have just kept rolling for the precociously talented McLaughlin.

This week, alone, another two awards were winging their way home with the Termon star.

It was the second time she won a monthly award from the UGAAWA after winning previously in October 2010.

“It was lovely and exciting to win the award then and it is super to win it again. I’m really pleased with the honour and it is a great bonus after us winning the All­Ireland,” McLaughlin said.

Nominated for the monthly award this time around by the Donegal News’ Chris McNulty, committee member of the UGAAWA, McLaughlin was the unanimous winner after putting all before her in the shade during November.

The Sligo IT Recreation and Leisure student was really on fire during this year and on Tuesday of this week she was at The Croke Park Hotel to collect the Ladies Gaelic Football Association’s Player of the Month gong.

Modest as always, McLaughlin credits her performances to the tough training session conducted by Francie Friel.

McLaughlin was joined at Quinn’s Corner on Monday night by October winner Chrissy McCaigue, the first time that a joint presentation has been held.

McLaughlin has also been nominated for the Sportswoman of the Year award from www.her.ie – and you can log into the website to vote for the Termon woman.