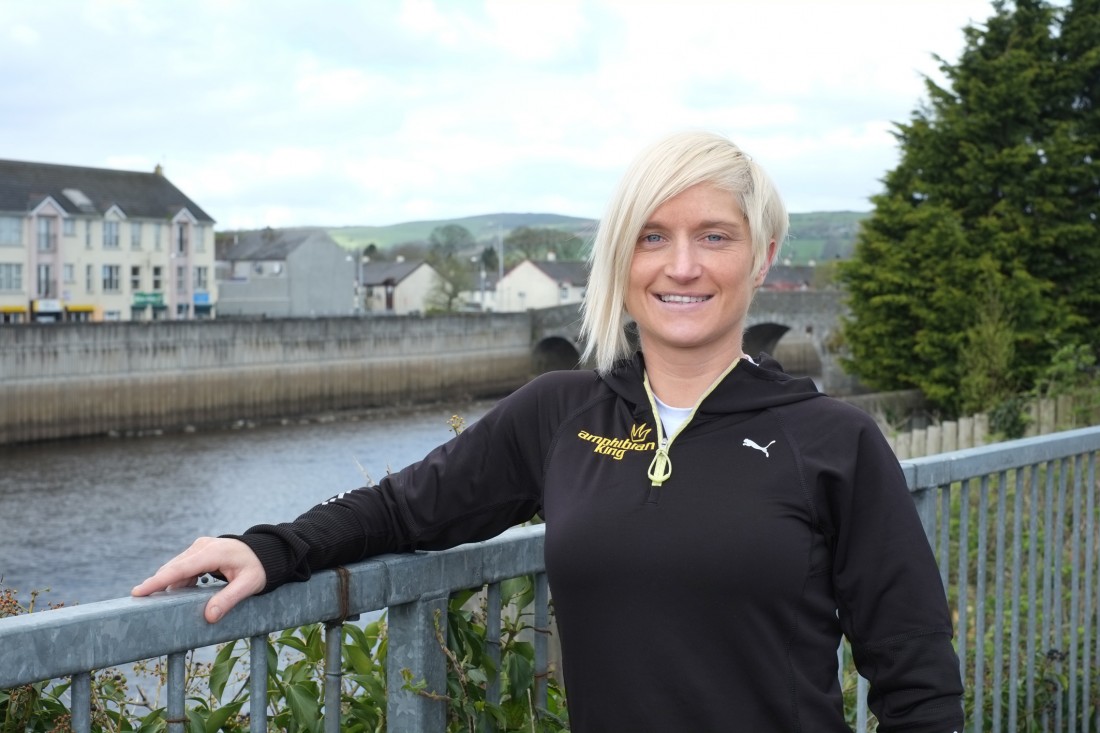 ANN Marie McGlynn did ‘no running at all’ for six years until she came back in 2012, only returning as a ‘clear-the-head’ venture after her baby son became ill, but this Sunday the 34-year-old Letterkenny AC woman captains the Irish women’s team at the European Cross Country Championships in Samokov, Bulgaria.

McGlynn was a talented athlete in her youth. A native of Mucklagh, near Tullamore in County Offaly, the then Ann Marie Larkin was the winner of national juvenile and junior titles and she had experience of junior and under-23 international events.

She was awarded an athletics scholarship at UCD in 1998 and her talents were evident as she rose the ladder.

One day she stopped.

But for her little son, Alfie, taking ill with a virus and a collapsed lung in the early months of 2012, she might never have felt the love for running again.

“When I stopped running, I had no injuries or anything – I just stopped,” she says.

“It wasn’t as if I had taken a break, either. I just actually stopped doing it. I wanted to do other things with my time and I did no running at all for six years.

“It took me by surprise how much I enjoyed it. I felt I could go quicker than I ever could. I never expected it to take off like it has. One day I went out for a run to get some head space and now, here I am! I really enjoy it; it isn’t like a chore at all. Every day I went out I felt myself getting fitter. I was feeling really good running and my husband said one day: ‘Why don’t you go do a race?’”

Ann Marie’s head spun wildly in those days. She needed a release and laced the runners again.

“I just put on the runners and away I went,” she says.

It was as if she was never away.

On July 10th that year, she was in competitive mode again. The adrenaline coursed through the veins as she stood on the forecourt of a service station in St Johnston waiting for the start of a 5k in the village organised by the Lifford Athletic Club. She completed the course in 19 minutes and 39 seconds; a time that saw her listed 49th in the overall results.

By that September, she’d lowered her time to 17:13 and had agreed to join up with Kevin Connolly at the Lifford Club.

She says: “I really enjoyed the banter of being out running with people again.

“I responded really quickly to the training. It was natural. I had no injuries when I stopped so there was no reason I wouldn’t improve, I suppose.”

In February 2013, she won silver in the 3,000m at the Woodie’s DIY National Indoor Championships in Athlone. That was on Alfie’s first birthday. It was a measure of just how far she’d come in those twelve months.

She won half-marathons in her native Tullamore, Omagh and Derry before a superb late rally in the National Championships at Santry saw her make the Irish team for the 2013 European Cross Country Championships in Belgrade. At 33, she wore the Irish singlet for the first time and came 49th. Just 17 months earlier, she’d finished 49th in a 5k in St Johnston.

She had changed club by then. With Connolly having left his post at Lifford, she sought the help of Teresa McDaid in Letterkenny and subsequently swapped the red and white for black and amber.

She says: “I always liked to run for the club I train with. I’m running with a group from Letterkenny so it’s nice to throw on their vest and run for them as well as with them.

“Teresa knows her stuff. She’s coached a lot of top athletes. She knows what I need and can see what suits me. We work well together.”

She says: “In Estonia I ran a very good tactical race. I was coming in around eighth, but I really kicked on for the last lap and ended up fourth.”

In Dundalk, she finished sixth at the Intercounty Cross Country Championship in a time of 28:40 and qualified for Samokov.

Last week, the National Endurance Coach, Chris Jones, called to confirm that she had been appointed as the captain of the Irish women’s team.

She says: “I wasn’t expecting that call. It’s a great honour, obviously, to get a call like that, but it’s just something that you don’t be thinking about because your focus is all geared towards actually just making the team.”

In Belgrade, she finished in a time of 28:45, something she wants to improve on this weekend.

“Last year, I had it in my head that I could make the team, but I didn’t say it out loud until around September,” she says.

“Teresa asked me about my goals and I said I wanted to make the European Cross Country team. I just about made it, but I wasn’t as fit as I needed to be. It was great to make the team and just to be in that bubble of the Irish athletics team.

“I want to better my place and my time this weekend. Overall, I think the women’s team has a chance. It is a team event so we’ll be aiming to do as well as we can as a team. Personally, I really want to come away and know that I gave it absolutely 110 per cent.”