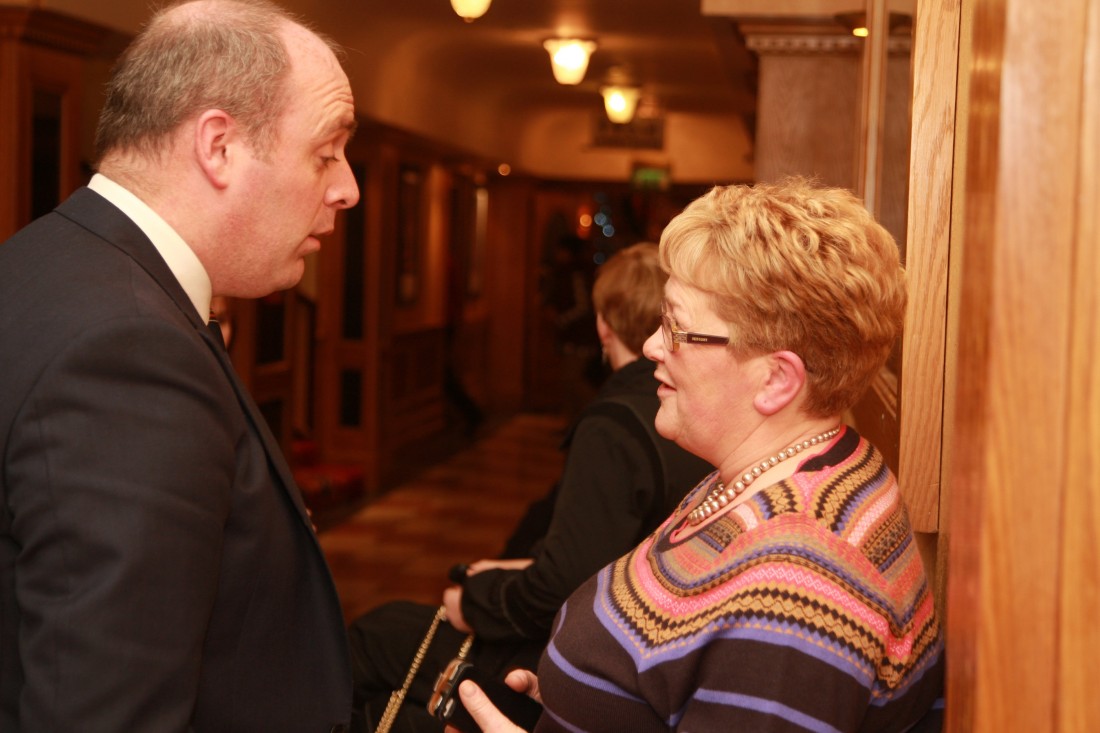 AIDEEN Gillen was elected as the new Donegal GAA secretary at Sunday’s annual Convention in the Abbey Hotel, Donegal town on a day that saw three new members join the executive.

Dungloe clubwoman Gillen was a late entry into the race having just confirmed her candidacy last weekend. However, she was elected as the third female Donegal County Secretary following a vote.

In a straight battle between Gillen and Ed Byrne, the out-going Public Relations Officer, it was Gillen who was the clear-cut winner, polling 100 of the votes with Byrne taking 62.

Naomh Muire’s Martin takes over from Seán McGinley as the assistant secretary. The incumbent, McGinley, sought re-election, but he was beaten 102-59 when the sums were totted, while Aodh Ruadh clubman McShea takes over from Michael McMenamin as Development Officer. McMenamin had to vacate the position under the five-year rule.

Gillen succeeds Aodh Mairtín Ó Fearraigh as secretary after the Gaoth Dobhair man also completed a five-year term in the office. Ó Fearraigh remains on the executive as he moves to one of the Ulster Council delegates’ positions.

“It is a demanding role, but a very enjoyable role,” Ó Fearraigh said.

“If the new secretary gets half as much enjoyment as I did, they will be doing very well.

“I had a very enjoyable period to be involved as secretary.”

Carndonagh delegate Elizabeth Doherty passed on a message of thanks from the county hurling manager, Ray Durack: “Aodh Mairtín never left us in the dark as regards hurling and hopefully that will continue.”

County Chairman Seán Dunnion, who was re-elected after seeing off the challenge of Eddie Gallagher (155-7 in a vote), paid tribute to Ó Fearraigh saying: “I have seen first hand over the past two years what a tremendous County Secretary we have been so lucky to have over the past five years.

“His knowledge and experience is immense, his capacity to get through a serious amount of GAA work in a day would often confound me and his ability to represent CLG Dhún na nGall at county and national level always in a thoroughly professional manner must be acknowledged.”

In taking the office, Gillen follows Noreen Doherty and Crona Regan, only two previous females to have served as Donegal Secretary.

Mick McGrath has been returned as the Children’s Officer.

Anthony Harkin clung onto the Coaching Officer’s post despite a strong challenge from Gary Duffy. Harkin had just six votes to spare, defeating the Buncrana man’s bid by 84 to 78 and Ed Byrne saw off Catriona Harkin to retain the PRO position, Byrne taking the vote 109-51.

In terms of the income, the sharpest rise in 2014, a year that saw Donegal’s minor and senior teams win Ulster titles and reach the All-Ireland final.

The jump, of almost €120,000 was down to the deal struck last year with O’Neill’s Sportswear. The deal, brokered by Aodh Mairtín Ó Fearraigh and Pat Connaghan, with the Strabane-based manufacturers, saw Donegal return to the O’Neills-branded gear having been with Azzuri for over a decade.

In 2012, Donegal officials felt they had missed out on royalties in the All-Ireland-winning year, but in 2014 the magical journey saw the county again stockpile merchandise that has proven to be a huge boost to the county board’s coffers.

County Treasurer Cieran Kelly, presenting his first set of accounts to an annual County Convention having succeeded Grace Boyle 12 months ago, explained that the figure – up around €215,000 from 2013 – was the cost of running all county teams (14) across all codes.