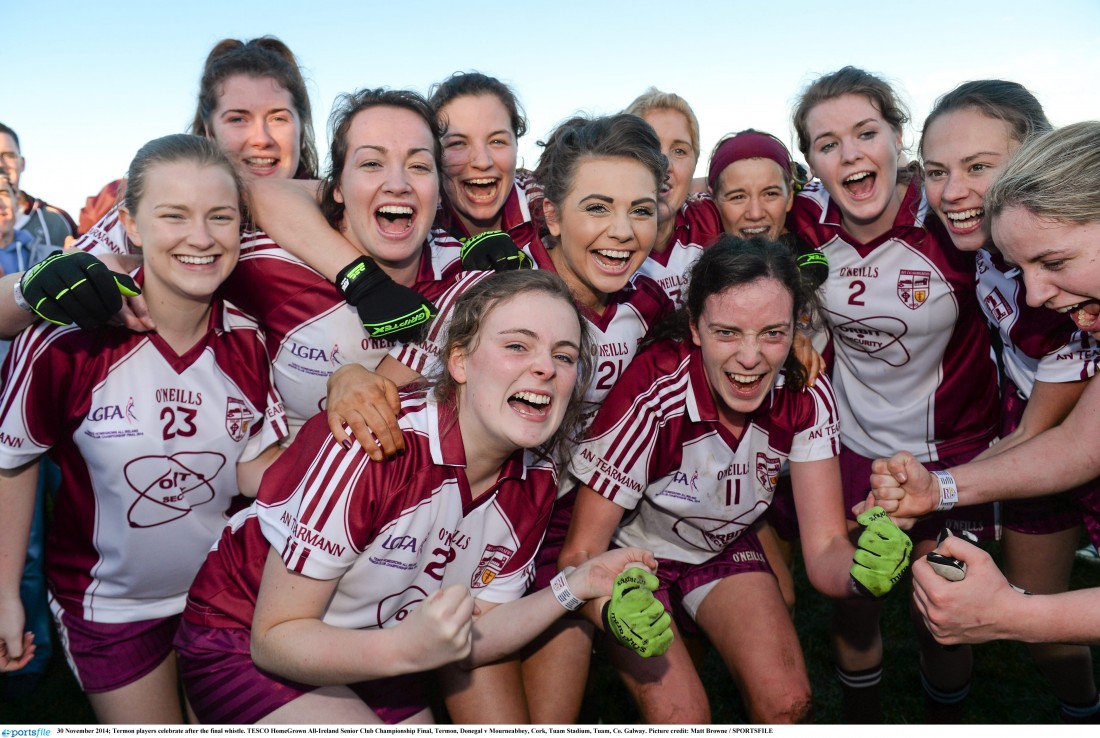 It was why, in the immediate aftermath of a 19-point loss against Donaghmoyne in last year’s Ulster final replay, he agreed to take the job as manager of the Termon ladies this year.

There have been near misses before.

Four years ago, Termon lost an All-Ireland semi-final against Inch Rovers from Cork at The Burn Road and it has nagged at them ever since – until now.

Two weeks ago when Termon played Kilkerrin-Clonberne in the semi-final, losing wasn’t an option – Maureen O’Donnell, for instance, had ‘2010’ penned on the inside of her arm. On Sunday in Tuam, Termon took the ultimate step as Geraldine McLaughlin scorched them past Mourneabbey in the final. 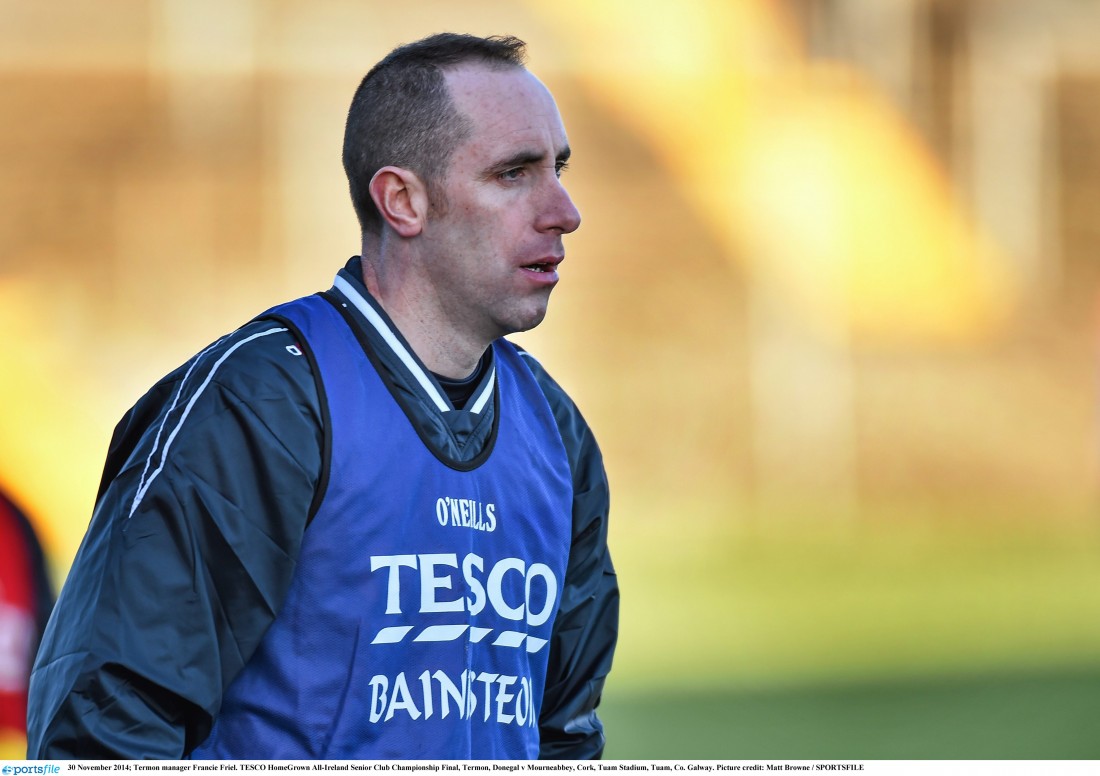 “I’ve said to the girls all year that the only team that’ll beat us is ourselves,” said Friel afterwards. With his team four points in arrears at half-time, there was an honest talk during the interval and Termon cranked up the ante in the second half to claim the prize.

Friel said: “It’s unbelievable. Words just can’t describe how we feel at the minute. We did it the hard way again.

“We probably did a bit too much work on them in the first half. I got them in at half-time and gave them the riot act. I told them: ‘That’s not how we play’. I told the, to push up, press the ball and make it harder for them. They put savage work rate into it.

“The effort we put in was unreal and our training sessions are harder than our games. We have eight or nine county footballers and that makes training so competitive. I just said at half-time: ‘That’s not good enough’.

“When you’re on top you have to keep pressing. We got our purple patch and we really pressed it home.”

The sight of McLaughlin firing in the goal for her hat-trick late in the day, with no less than six Mourneabbey defenders flailing, was everything Friel could have wanted. On the biggest day, in the biggest game, under the biggest pressure, his captain shone.

He said:  “We do that at training every night, we have four girls marking her. She’s marking the likes of Nicole (McLaughlin, her sister) and Emer Gallagher – girls who take no pity on her and who take lumps out of her, but she never cries. She has the best attitude I’ve ever seen. Anyone else would be moaning and complaining, but she just gets on with it.

“I see her three or four times a week in training and I can see that she’s taken her game to a new level. It’s just scary.”

Friel revealed that the prolific forward has been hampered of late by a knee problem that requires surgery, making that 3-8 tally all the more remarkable. Her’s was a stunning performance befitting of the stage of an All-Ireland final.

He said: “She has only one knee and needs an operation. We kept that quiet. She had an operation in May and the knee went again so she’s due for another operation. That shows you the cut of her – she never complains.

“I want to thank the doctor in Gweedore, Dr Delap, who sorted her out with an injection. It worked miracles. Without that injection she wouldn’t be able to play.”

All bar four frees of McLaughlin’s 3-8 came from play and it gave Friel’s tale the grace note it deserved.

He said: “Belief is a huge thing. We pushed it onto the girls to believe in what we were doing. The work they’ve put into this isn’t even funny. The girls have given every minute they have to this job. That’s what you have to do because football has moved on so much.

“We have the two girls flying home every weekend for training (Olive McCafferty and Roisin McCafferty) and there are girls taking time off work, leaving work early or whatever. This is the reward for all of that. The girls put in a huge effort for this.

“It gives me great satisfaction and pride.

“There are people here today who helped for the Termon club and it gives me great pride to see their faces today. This will drive the club on and that’s what it’s all about: it’s all about the wee club.”

At the final whistle, Friel and his right-had men, Trevor Alcorn and Paul ‘Smiley’ McDaid were locked in an embrace.

He said: “The three of us put in savage effort. I gave up ten months of my life. I knew if we put in the effort we could win this.”

His prophecy had come to pass. He always believed it would.