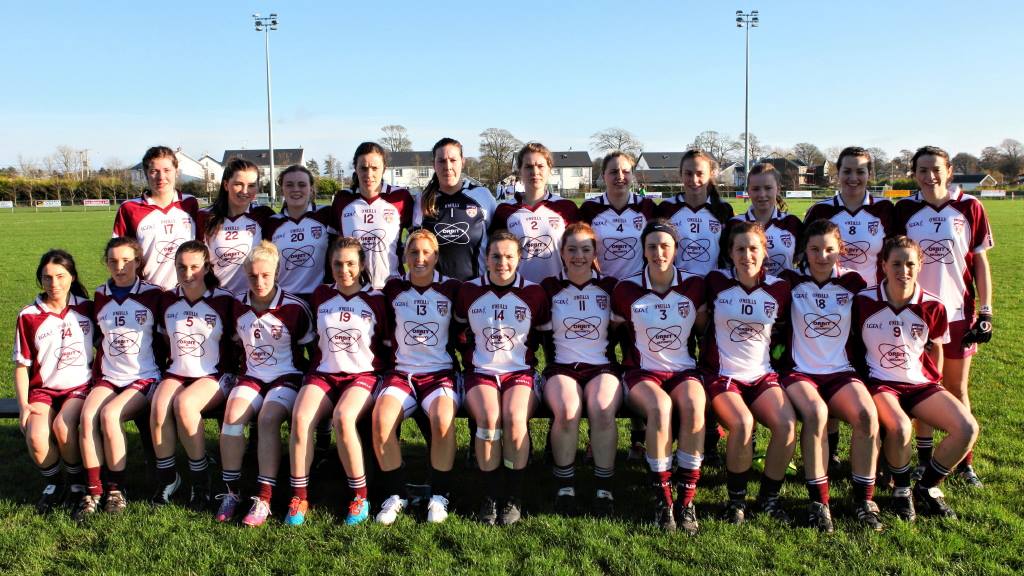 The Termon ladies are bidding to become the first team from Donegal to win an All-Ireland club title on Sunday when they face Mourneabbey from Cork in the Ladies All-Ireland Senior Club final.

Francie Friel’s squad is at full-tilt for their date with history at Tuam Stadium (throw-in 2pm) and the Termon camp is oozing with confidence after winning their fourth Donegal SFC and second Ulster SFC this season.

Mourneabbey have already won junior and intermediate All-Ireland titles and defeated Mountmellick from Laois in their semi-final with the O’Sullivan sisters – Meabh, Ciara, Róisín and Doireann – to the fore.

But Termon have shown new steel to their game this term and count Glenfin, Donaghmoyne and Kilkerrin-Clonberne as the scalps that have already been slain by Geraldine McLaughlin’s sword.

The Termon captain is the undoubted ace in Termon’s pack, having scored 22-27 in Championship football already this year.

“We’re ready for the game,” says McLaughlin, who will bid to get her hands on the Dolores Tyrrell Memorial Cup.

Termon have five Cups on the sideboard at The Burn Road these days: The Ulster SFC, Donegal SFC, the Donegal and All-Ireland Gaeltacht titles as well as the Donegal League. In the last five years, they’ve won a staggering 21 titles, but just one eludes them.

“I think we’d trade the other 21 for this one,” McLaughlin says.

Friel took on the role of manager after an Ulster final replay hammering by Donaghmoyne last year.

“This is a serious bunch of girls. It’s not even funny what we’ve done,” says Friel.

“It’s scary the amount of work that has gone into this. They’ve done everything that has been asked of them. Everything.”

Impressive youngsters like Lauren McElwaine, the 16-year-old who is set to start in Sunday’s final, have graduated into the senior ranks. McElwaine is just back from a two-year cruciate lay-off, while Dara Kelly is back in action having sustained a cruciate injury in June 2013.

“It definitely makes all the hard work of doing the rehab and training worth it,” says Kelly.

Termon have left no stone unturned. Olive McCafferty has been commuting back-and-forth from Edinburgh and Roisin McCafferty likewise from Coventry, while Donegal senior panellist Michael Boyle has been working with goalkeeper Laura Gallagher in recent weeks.

“This will be a serious team and we’ll need to bring our ‘A’ game,” Friel says.

“If we deliver the performance that we’re capable of I know that we can win – it’s all about performance.”