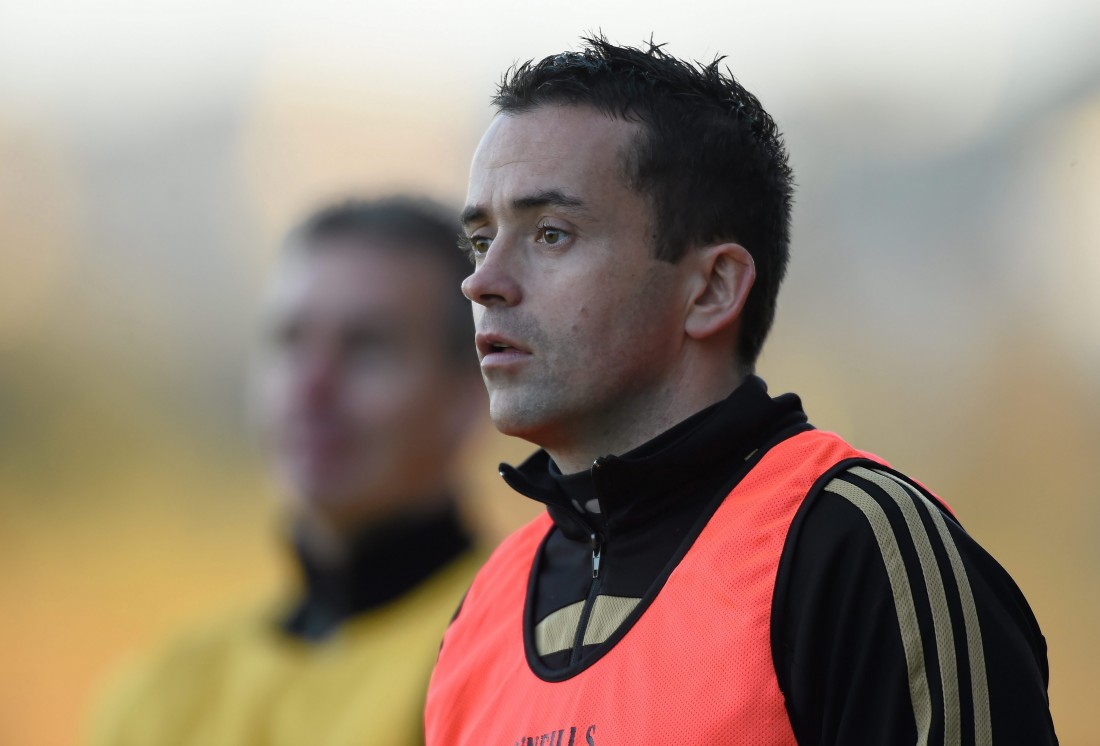 ST EUNAN’S boss Maxi Curran says that Donegal football has never been stronger ahead of a weekend that sees Donegal’s senior, intermediate and junior champions all chasing places in their respective Ulster finals.

Curran’s Eunan’s team takes on Omagh St Enda’s in the Ulster senior semi-final at Celtic Park on Sunday, with the Letterkenny side aiming to reach the final for the first time in the club’s history.

Intermediate champions Cloughaneely – who won two games in less than 24 hours last weekend, beating Castledawson after extra time on Sunday having just defeated Buncrana in the Donegal final the previous day – meet Warrenpoint from Down in the Ulster IFC semi, while Urris take on Armagh outfit Keady. Both those games are part of a double-header in Dungannon.

“Donegal football is in a particularly strong place at the minute,” Eunan’s boss Curran said.

“Football in the county is on a real high. We have three teams in Ulster semi-finals this weekend, at county level our minors and seniors won Ulster, the under-21 county team was pipped by Cavan in the final and our other underage teams are all competing.

“Donegal is very strong. We are able to compete at the highest level. Donegal football has never been as formidable and we’re in a position now where we need to fear no-one. We are proving that we’re as good as anyone at every level.”

Eunan’s are in Championship action for the eighth weekend in a row when they face Tyrone champions Omagh on Sunday. Conor Morrison is expected to be cleared from the knock that forced him out of last Sunday’s Ulster quarter-final win over Roslea at O’Donnell Park. Sunday’s will be only the third time in their history that St Eunan’s will be in an Ulster semi-final and they’ve never reached the final.

While Omagh defeated Crossmaglen in their last game, Curran feels a real sense of opportunity this weekend. None of the four teams left – Eunan’s, Omagh, Clontibret and Slaughtneil – have ever won the Ulster Club title.

“It is an unbelievable chance for the players,” Curran said. “It is definitely a game that is within our capabilities.”

This is the first time since 2003 – and the second time ever – that Donegal will have three teams in the semi-finals. Eleven years ago, Four Masters were beaten by St Gall’s in the senior game, Naomh Brid lost against Limavady at junior level, but St Michael’s overcame Aghabog in their semi on the way to winning the Ulster IFC that year.

St Michael’s Under-16s are in Ulster semi-final action this weekend too – they face St Briget’s of Antrim in the Paul McGirr Ulster Under-16 Club Champions Tournament at Dromore on Saturday – while the Termon ladies, managed by Francie Friel, take on Kilkerrin-Clonberne in the All-Ireland senior ladies championship semi-final.