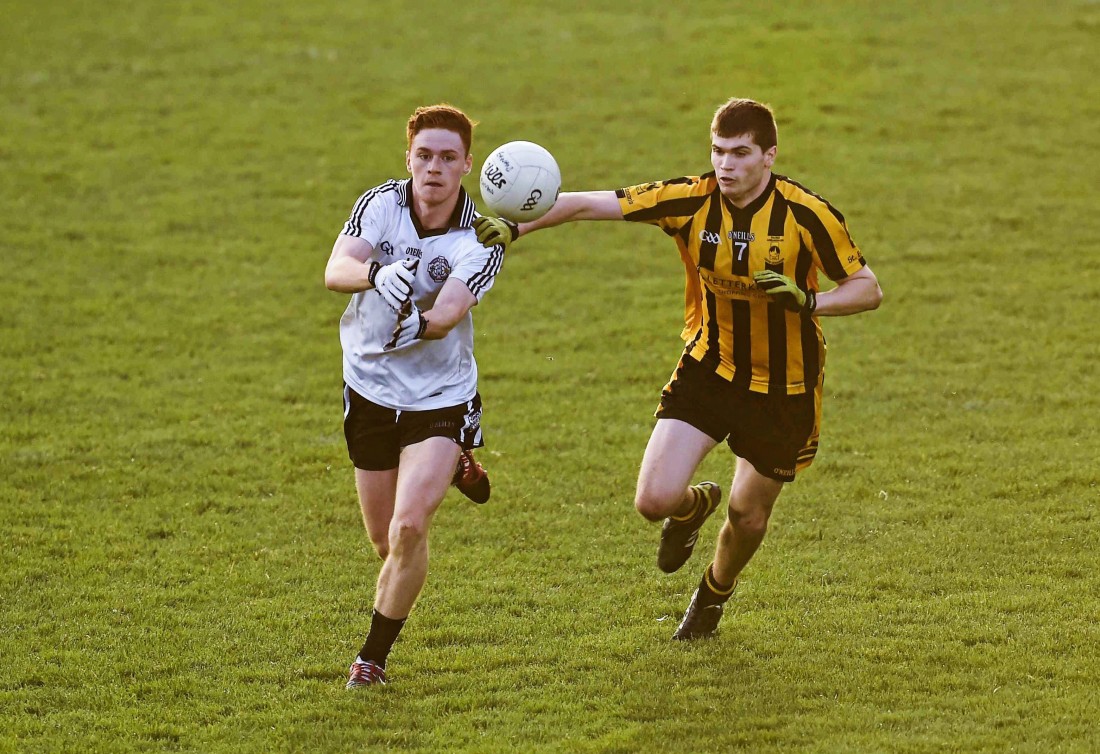 MAXI Curran was offered a few excuses, but the St Eunan’s manager accepted none of them.

After Barry Tierney’s first-half goal saw Omagh St Enda’s through to the Ulster final, Curran reflected on an afternoon when the stars just didn’t align for his men.

True, it was St Eunan’s eighth weekend in a row on Championship duty and, yes, there were those in his ranks showing signs of fatigue; sure, Cillian Morrison had a ‘point’ chalked off in the second half; and his questioner even went as far as to note that St Eunan’s had a bright November sun in their eyes for the second half.

For Curran, it was rather more straightforward.

“Football at this level is a serious business and we just made too many unforced errors,” he pointed out.

“We gave the ball away far too easily and made bad decisions in crucial areas. They’ll learn from this and come back as better players.

“Football is about the hour after you cross the white line. People can make an excuse out of that, but at the end of the day we came up just short.

“Omagh have a lot of very good footballers and they’ve got a lot of men with All-Ireland medals. They have more better footballers than anything we’ve come up against before. We made too many fundamental errors and we kicked bad wides when scores were on.”

St Eunan’s ended the game having hit 13 wides in the hour, the last of them a goal chance for Cillian Morrison, the Cork City player used as a secret weapon of sorts by St Eunan’s in yesterday’s semi-final. Morrison gave their attack a spark that had been missing, he hit two points and was always an outlet.

Curran said: “Cillian Morrison gave an exhibition out there for a man playing his first full game of Gaelic football in four years. He carried the fight to them on his own for a large part of the first half. The chance fell to him at the end and there was huge pressure on him.”

Shaun Patton twice came to St Eunan’s rescue with saves from Cormac O’Neill and Tierney while Ronan O’Neill was denied by Darragh Mulgrew in the second half.

Curran said: “It wasn’t to be our day. We’ll be very disappointed in that goal when we watch it back. Omagh’s entire season has been based on getting that goal. 1-8 o 0-8 is a scoreline completely typical of what they’ve been doing.

“The eight points we scored is typical of what we’ve been doing. When you come to this level you need to be able to chalk up more scores than eight points. That’s why we came up short.

“It’s been a brilliant journey and the boys can hold their heads up high. They should be very proud of what they’ve done. We had chances and we battled really hard'”

In his first season in charge of the O’Donnell Park club, Curran has guided them to their 14th Donegal SFC title. It was a job that appealed to him right away, even after he shunned two approaches from other Division 1 clubs.

And the Downings native hailed his squad. He said:  “We didn’t make any predictions at the start of our season, but we knew we had a lot of good talent here.

“Above all else there was a group of brilliant fellas. They are absolutely brilliant and that’s what has made the job so easy. They would climb Muckish in the morning if we asked them to.

“That’s the way football has gone now. There was no less effort put in by St Eunan’s than there was with the Donegal under-21s.

“We knew that the county title was well within their grasp and we felt we could make an impact in Ulster. St Eunan’s will always have the players to compete. Sometimes they’ll win Donegal and sometimes they won’t, but they’ll never be too far away.”

They weren’t too far away at all yesterday, but Omagh held sway from the moment Tierney hit the net until the end.
St Eunan’s had most of the second-half possession, but just couldn’t make it count. With St Eunan’s getting on top, Omagh were dealt a blow when Joe McMahon had to leave the action because of a dead leg just 13 minutes into the second half.

Curran said: “People will say we only got on top when Joe went off, but I don’t agree with that. That’s just the psychology of football.

“Last week against Roslea we were excellent in the first half, but we let them back into it. I think the same might have happened Omagh. They were in a good place and felt that they were comfortable.

“We got a foothold when Rory Kavanagh started to dominate in the middle and we pushed on, but we just didn’t have the quality to kick the scores.”

Given that the likes of Crossmaglen, Ballinderry and St Gall’s had made their respective exits from the competition many felt that this was a glorious chance for the Letterkenny club, who were remarkably appearing in the semi-final for the third time yesterday.

Curran said: “This was a really good opportunity. We came here knowing that we had a chance of making the final. We weren’t up against a team like Crossmaglen – we were playing a team we felt we were capable of beating. You have to give Omagh credit, they were the better team.

“The scary part is that it’s an awful long journey to get back here.”

And that is what will haunt them more than anything else.

Curran was recently re-appointed for another term as the manager of the Donegal Under-21s, but he remained non-committal when asked about his future as St Eunan’s after a successful first year at the helm.

He said: “We’ll have to wait and see. Now isn’t the time for decisions like that.”