IRISH Water meter installers in West Donegal gave up trying to install meters in Annagry and Meenaleck today (Tuesday) after they were confronted by a local county councillor.

Cllr Micheal MacGiolla Easbuig stood over a mains water manhole in Annagry and refused to move to allow the installers access it.

The locally based councillor said he received calls from a number of local people on Tuesday morning advising him the installer from Irish Water were starting to work in the Meenaleck area.

Speaking to the Donegal News Cllr MacGiolla Easbuig said he went up to the installers who were polite.

“I explained to them that I was a local councillor for the area and that the people did not want these meters installed.

“I asked them if they could speak Irish and they said they couldn’t. It would have been respectful to send workers who could communicate in the people’s own language. Their boss said they were contracted in to do a job and they would be doing it,” the local councillor said.

He had to leave a child to Gweedore and when he returned the installers were in Annagry.

“I told them I did not want any confrontation in any shape or form but I had to do my utmost to stop them. They moved to install the meters and I stood over the mains manhole. We then followed them from area to area doing the same. After calling their boss they called it a day and left,” he said.

Cllr MacGiolla Easbuig said local people need to organise themselves to oppose the installation of the meters. 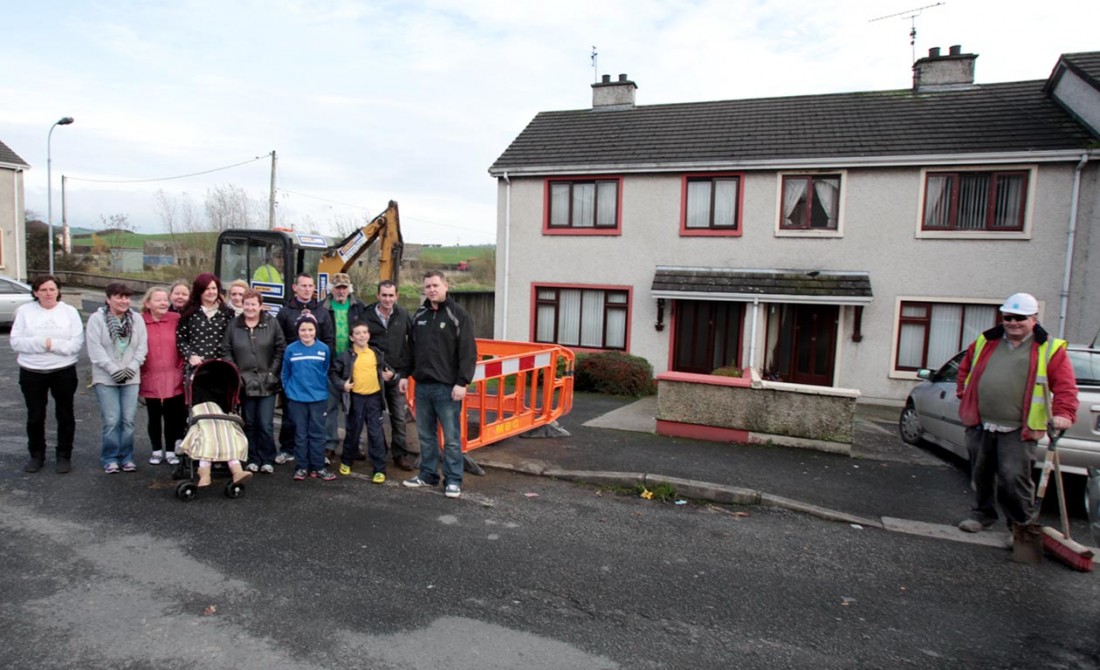 STAFF installing meters on behalf of Irish Water were being pursued from estate to estate in Castlefin this morning,...