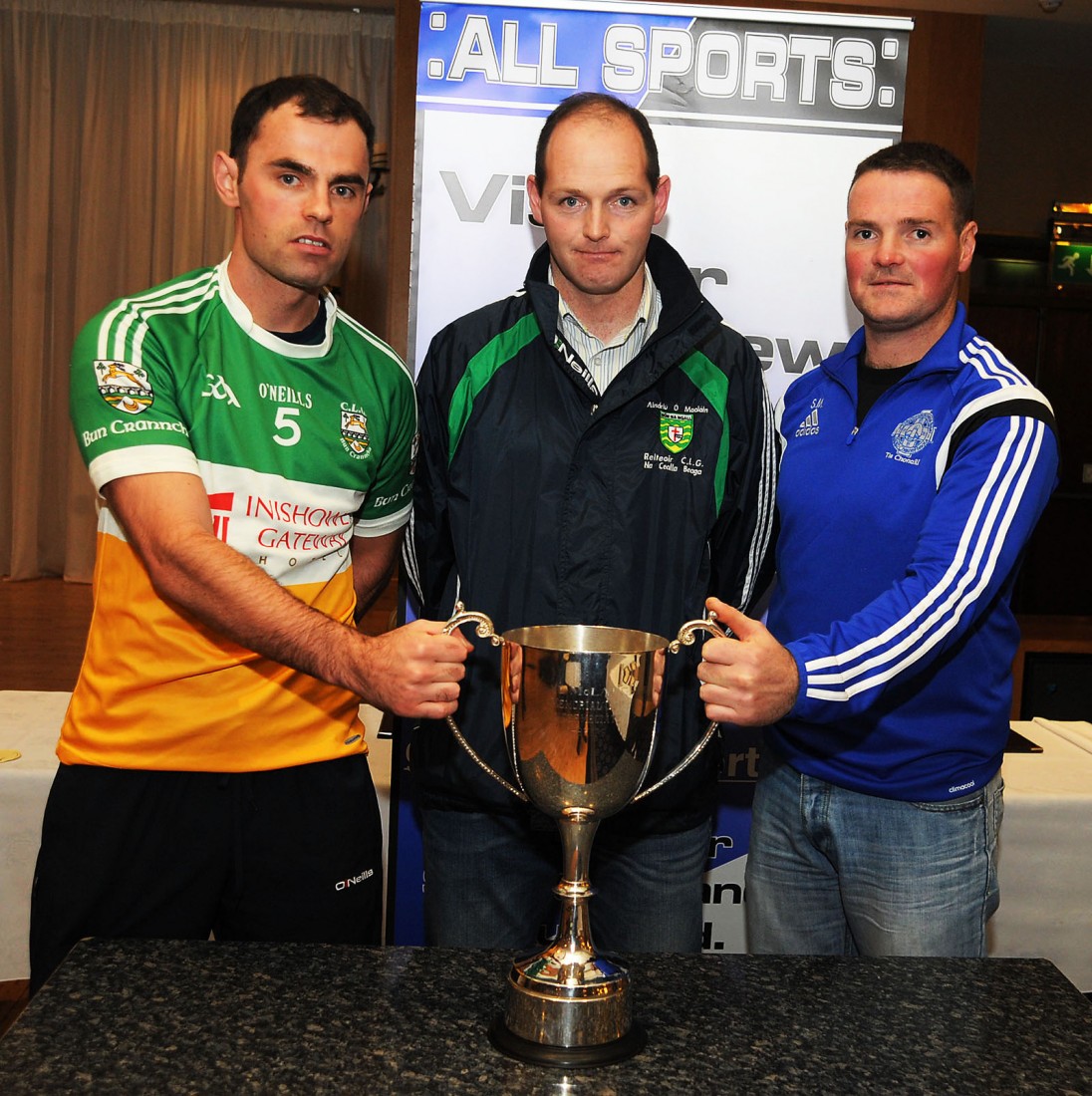 IT’S ten years now since Buncrana last graced the stage of the Intermediate Championship final, but the Scarvey boys are back in the decider this Saturday.

Cloughaneely stand in the way of Buncrana’s third Intermediate triumph, following their wins in 1995 and 2004. Ten years ago, Buncrana defeated St Naul’s 1-7 to 0-4 to move into senior territory.

Now, they’re back again – a little sooner than they’d anticipated when they began a restoration project with their underage ranks some years ago, but back on a mission to move the graph upwards again.

“We’ve a lot of young players coming up the ranks and it probably is a surprise that we’re in the final. The goal at the start of the year would have been to get out of Division 3.

“A lot of work has gone on at underage level over the last number of years. Darach O’Connor is one of the players that came though that process. He’s still a young man and there is a lot of pressure on him, but he deals with all very well.”

O’Connor was one of the breakthrough players on the Donegal senior team this year, handed starts in the Ulster and All-Ireland finals by Jim McGuinness.

Caolan McGonigle and John Campbell, meanwhile, were making similar journeys as key players on Declan Bonner’s Donegal minor team. The club was well represented on the Colaistí Inis Eoghain panel that contested the MacLarnon Cup final earlier in the year.  Playing in Division 3, where they haven’t been able to make a push for the promotion places, Buncrana could be termed surprise finalists.

“We’ve come through some tight battles and we deserve to be in the final.

“We have a lot of quality coming through. The club is doing fantastic work at underage over the last ten years. It’s just a pity that, with the way the country has gone, we’ve lost an awful lot of players.”

26 months ago Ryan Bradley was playing for Donegal in the All-Ireland final of 2012. The powerful Bradley was a central figure in those fabled summers.

These days, he’s in Abu Dhabi, another victim of the penniless ecomony.

“Ryan is one hell of a loss,” McConnell observes.

“I was playing when Ryan was a young boy and he was a real leader even then. To lose that calibre of player and to get to where they have shows the type of character we have.”

“If he hadn’t been tied up with the county squad he’d probably be in our panel,” McConnell says.

Buncrana had three games in seven days. After being taken to a replay by St Naul’s, Buncrana defeated the Mountcharles side in last Tuesday’s replay, a last-minute score by Kevin O’Loughlin giving them a 2-09 to 0-14 win. On Saturday, Joseph McGrory’s goal and five points by inspirational captain Doherty set Buncrana on their way to victory, the Inishowen side winning 2-11 to 0-15.

McConnell says: “It was a tough week. We escaped not too bad. I thought we looked very dead-legged on Saturday so it’ll be interesting to see how the week treats them now. We’re fortunate enough to have the best ice bath in Donegal – the Swilly!

“We had very tight games against St Naul’s and Naomh Brid. We got out of jail against Naomh Brid. We were lucky to be going in so close to them at half-time.”

With their county representation, McConnell found the All-County League a strain – and Buncrana have not been able to find any consistency as a result of the chopping and changing.

“The League was very frustrating,” the Buncrana boss says.

“We were happy the way the fixtures were set out at the start of the year. We’d be without Darach for a lot and our fixtures were mostly on Saturdays. The way that they were just changed and swapped made it very hard.

“A lot of young lads have shifts to work in shops or hotels and if they don’t know when the fixture is, it makes it nigh on impossible to get a team out. We struggled all year to get 13 out for the reserve team and we’d have been working with two or three subs with the senior team.”

Buncrana were held to a draw in their opening group game by Milford, but Campbell’s goal secured a 1-06 to 0-08 win over Carndonagh before a 1-11 to 0-12 win against Naomh Columba confirmed their progress.

McConnell is also using the services of former Finn Harps and current Cockhill Celtic goalkeeper Gavin Cullen, who is making a return to the Gaelic football fields after a long absence. For the last two games Cullen has taken over from Rory Kelly in the number 1 shirt.
Once more, Buncrana’s eyes are on silverware.

McConnell says: “It would be fantastic. It would be a surprise to a lot of people, but it would give a huge lift to the club. It’s something that we were planning for in the next couple of years, but it has probably come a bit early. We’ll be the underdogs, but we’ll give it a rattle.”