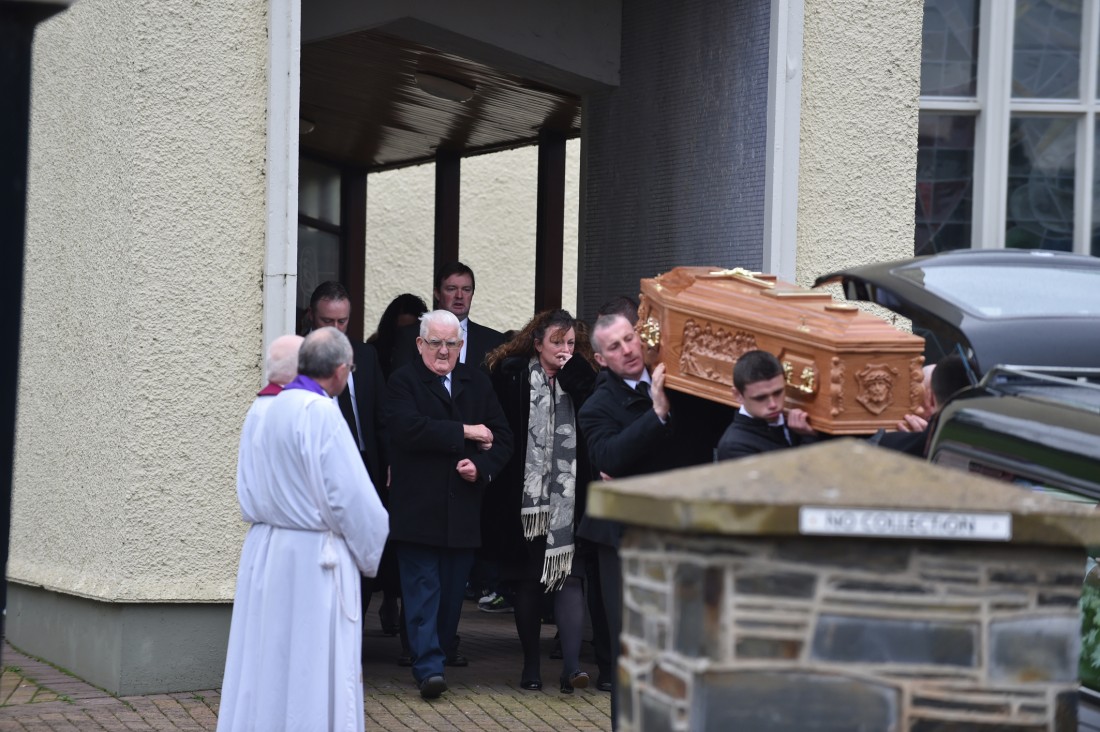 The remains of Kevin Woods leave St Patrick’s Chapel Murlog after requiem mass to be interred in Convoy.

HUNDREDS of mourners turned out this morning for the funeral of tragic Lifford farmer, Kevin Woods.

Mr Woods, from Ballymonaster, Ballindrait, was killed last Friday along with his neighbour, Seamus Hegarty, when a tyre exploded at a yard near Killygordon.

Mr Hegarty was laid to rest after Requiem Mass at St Patrick’s church in Murlog yesterday.

Hundreds attended the wake of Mr Woods at his late mother’s residence, also at Ballymonaster.

Led by his beloved tractor, the funeral left from there this morning for 11 o’clock Requiem Mass at St Patrick’s Church Murlog.

The church was packed to overflowing and he was laid to rest afterwards in the family plot in The Old Cemetery Convoy.

The accident happened at Monellan, Crossroads, Killygordon, on Friday evening where both men were fixing a puncture on a potato harvester wheel when a steel rim blew off and struck the two men.

Both were in their early 50s and were life-long friends and neighbours from the Lifford area.

An investigation has begun into the circumstances of the two deaths.