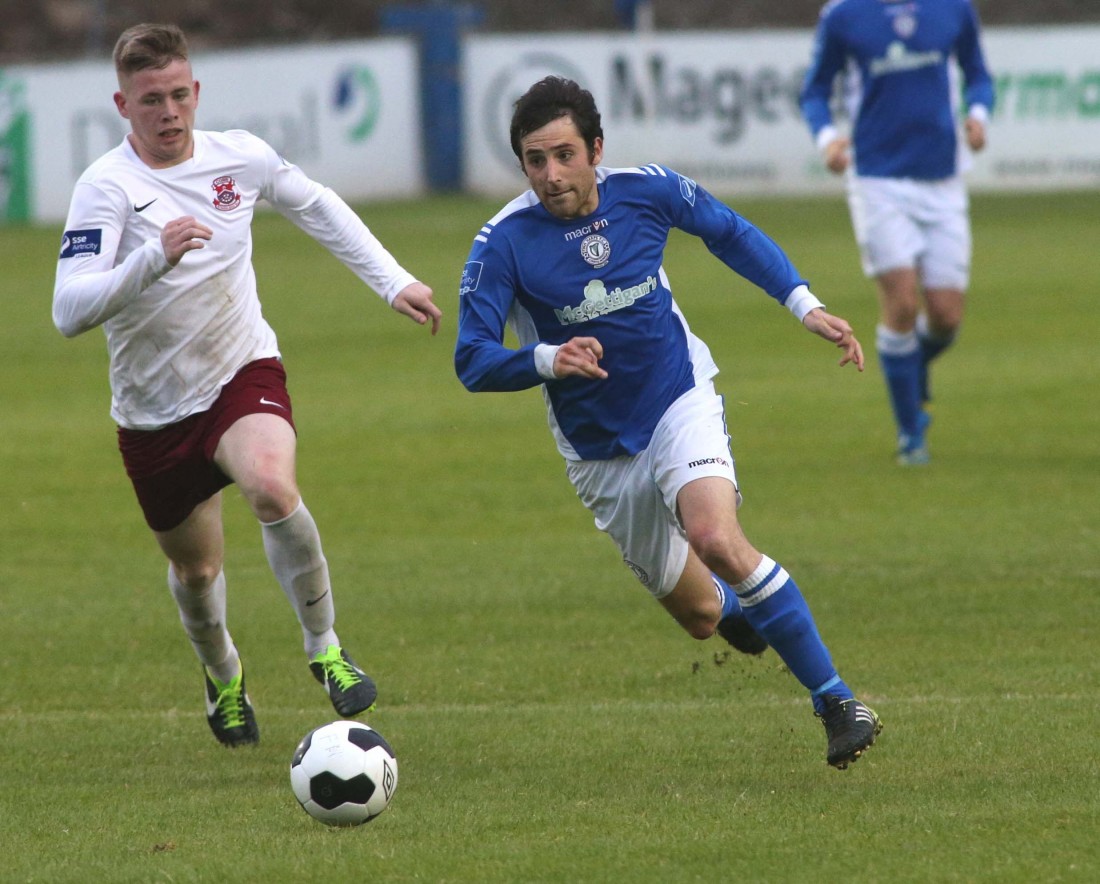 GARETH Harkin has signed for another season at Finn Harps.

Manager Ollie Horgan is delighted to have retained the services of the 26-year-old midfielder, who joined his squad ahead of pre-season in January. Harkin had spent two years out of football while he was in Australia and, although it took him some time to force his way into the side, the latter half of the season saw Harkin again show promise.

Harkin played 19 times in 2014 (starting 15 of those games) and his only goal came in the 4-1 FAI Cup quarter-final replay win against Avondale United at Finn Park.

Harkin had a previous spell at Harps, scoring twice in 24 appearances in the 2011 season.

“I’m genuinely delighted that Gareth has agreed to sign with us again,” Horgan told the Donegal News.

“Gareth had said himself that he felt it had taken him longer than he expected to get back up to the level again. He worked really hard and from the mid-season break onwards he was excellent. He finished the season as one of our best players.

“Gareth was never going to lose that ability. He had some concerns about his work commitments, but he’s got that sorted and is able to sign for us, which is great because he wants to be with us – and that’s the sort of players we’re after.”

With a verbal agreement in place, Harkin met with the Harps secretary, John Campbell, in Letterkenny to complete the formalities.

Harkin, whose season ended in disappointment as he was sent off against St Patrick’s Athletic in the FAI Cup semi-final, has become the eighth player to put pen to paper at Finn Park for the 2015 season, following the captures of Ciaran Gallagher and Tony McNamee and the retention of Kevin McHugh, Keith Cowan, Thomas McMonagle, Michael Funston and Brian McGroary.

It is said to be ‘unlikely’ that Sean McCarron will rejoin the Ballybofey outfit for next season with the Derryman appearing set to make a move to either Institute or Coleraine in the Irish League.

Letterkenny Josh Mailey, who impressed for Harps during the season gone by, also seems as if he is set to move on from the Donegal side. Mailey is comfortable in either defence or midfield, where he played his best games at Harps and while it is understood that he has indicated to Horgan that he wanted to take ‘a break’ from football, it is believed that the former Letterkenny Rovers player could link up with Dungannon Swifts in January.