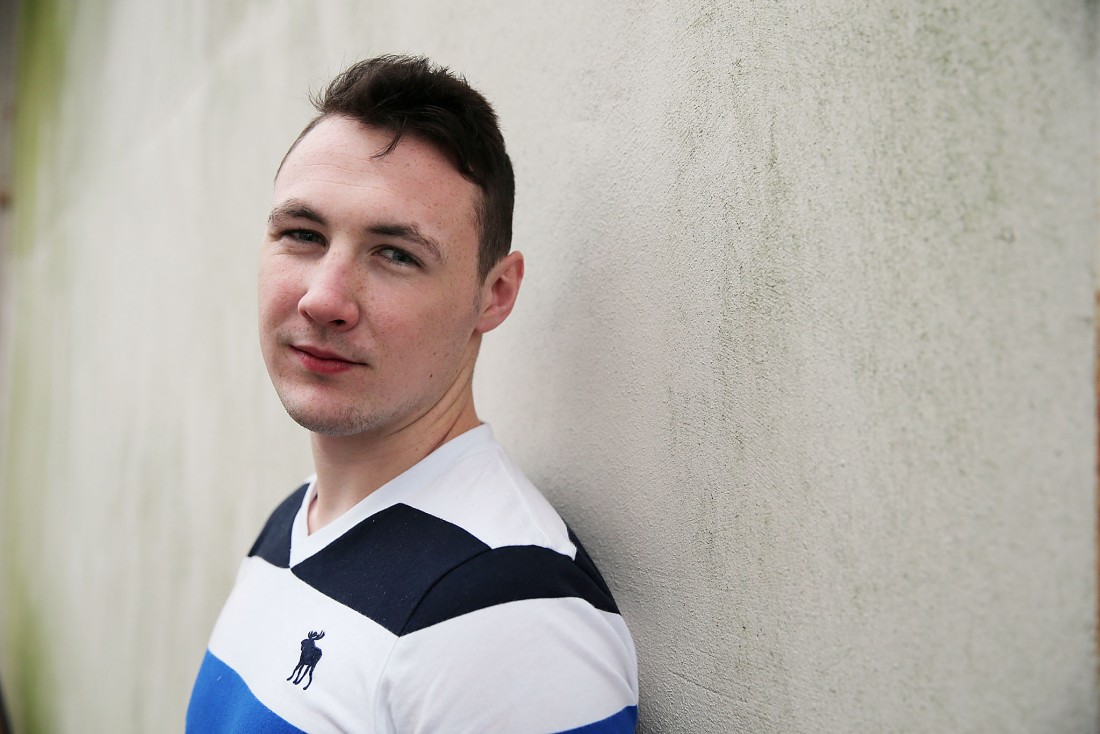 DARREN Mangan is aiming to make his Irish professional debut in early 2015 after this week joining forces with John Breen’s stable in Belfast.

The Letterkenny welterweight (1-0) has returned home after leaving Uprising Promotions in New York. Mangan wasted no time in getting back to action. On Tuesday, he visited Breen’s gym and will next week begin training with the famed ‘Breen Team’ at the Lombard Street gym.

He won his first professional bout when he defeated Kashif Muhammad at the Brooklyn Masonic Temple in September having signed with Uprising in June and he had been training under Colin Morgan in the Big Apple. However, things just didn’t work out for the popular young boxer Stateside – and he joins the buzzing Breen yard that houses the likes of Jamie Conlan and Marc McCullough.

“I’m absolutely delighted to be going to train with John and to be mentored by Eamon,” Mangan said.

“It’s a massive move for me and I’m looking forward to it. It’s really exciting to be going into such a good trainer in John. He has trained some of the best boxers around. I was impressed with him when I met him on Tuesday and I’ll be going down there full-time from Monday.”

Mangan was accompanied by Donegal’s ‘Mr Boxing’, Peter O’Donnell to Belfast on Tuesday.

The former four-time Ulster champion as an amateur, Mangan took the brave step of relocating to America in pursuit of his dream. After an initial delay, he headed for New York again at the end of May and had his pro debut in September, a fight watched by family members, former club mates from the Letterkenny ABC and O’Donnell, the Donegal Boxing Board’s President.

“I’ve got to do what’s best for me and for my career.”

Mangan returns to Ireland with the best part of a year under his belt in America, training in some of the renowned gyms of the city.

“It was a great experience and I’m definitely coming back a better boxer,” he said.

“Colin Morgan, when he was there, was a great trainer and he did a lot of great work for me – but I’m now really excited to be back in Ireland. I really hope to get a fight soon so I can get back doing what I love best: boxing.”

Mangan is a native of Castlebar who had lived in Letterkenny for seven years before moving to America. His family live in Letterkenny and Darren boxed for Finn Valley ABC and Letterkenny ABC. He will also do some training at weekends and when back at home alongside John Elliot in the Letterkenny club while he has paid tribute to those who have supported him and given their backing, particularly Cllr Ciaran Brogan: ‘He’s been a brilliant help to me and he’s really got behind me which I am so thankful for.”

Still only 20, Mangan is bringing good experience to Team Breen despite his young years. His aim is to get a fight in January.

“It would just be amazing to get on a show in Ireland – I can just imagine all my friends and family being there to cheer me on. I really want to improve and expand on the 1-0 record now and doing it in Ireland will be special. Irish boxing is really going well at the minute and I’m in with the top man in John Breen – look at the likes of Paul McCloskey and those guys who have trained there.