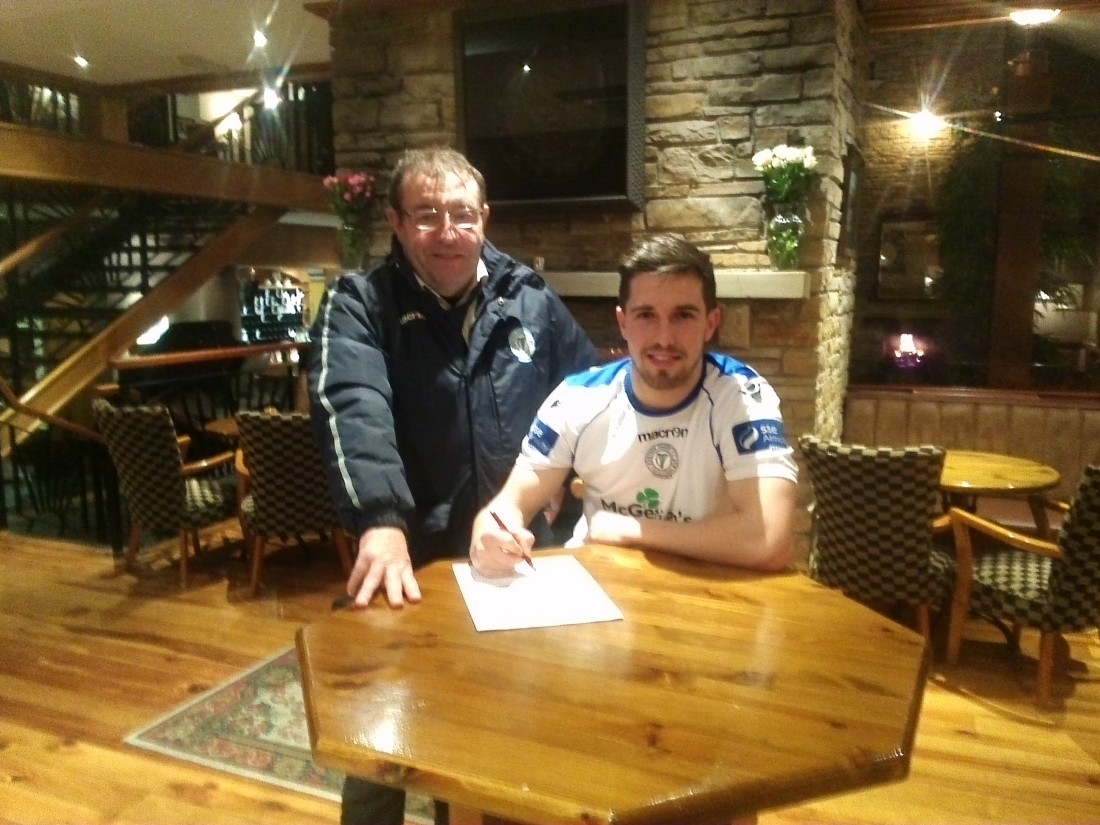 BRIAN McGroary is aiming to build on a promising first couple of months at Finn Harps after putting pen to paper on a one-year deal at the Ballybofey club for the 2015 season.

McGroary came into the Harps side in July, initially playing with the club’s Ulster Senior League team before being fast-tracked into Ollie Horgan’s first team.

McGroary has had an injury-ravaged career and had to return home from England before having spells at Derry City and Drumkeen United.

McGroary made ten appearances for Harps in 2014 and the Drimarone man is looking forward to continue his own personal improvement as well as that of Harps.

“I am delighted to everything sorted as I feel we can build on the work everyone put in last year,” McGroary said.

“It was important for me to test myself in senior football again and I thoroughly enjoyed it. I wasn’t sure what to expect before I came in but I was very impressed by the professionalism and attention to detail in our preparation so I had no hesitation in committing to Harps for the new season.”

McGroary becomes the seventh player to commit to Harps for 2015 following on from the signatures of Kevin McHugh, Keith Cowan, Michael Funston, Thomas McMonagle, Ciaran Gallagher and Tony McNamee.

The exciting McGroary showed glimpses of his potential during the latter half of the season gone by – and Harps boss Horgan believes he can get the best out of the attacker.

He said: “Brian gave us a taste of what he can bring to the club when he came in last year and both him and us feel that with a pre-season under his belt he can have a bigger influence on our performances next season.

“From our discussions you sense he is focused on making an impact and he definitely has the ability required to make a big impression on our supporters.”