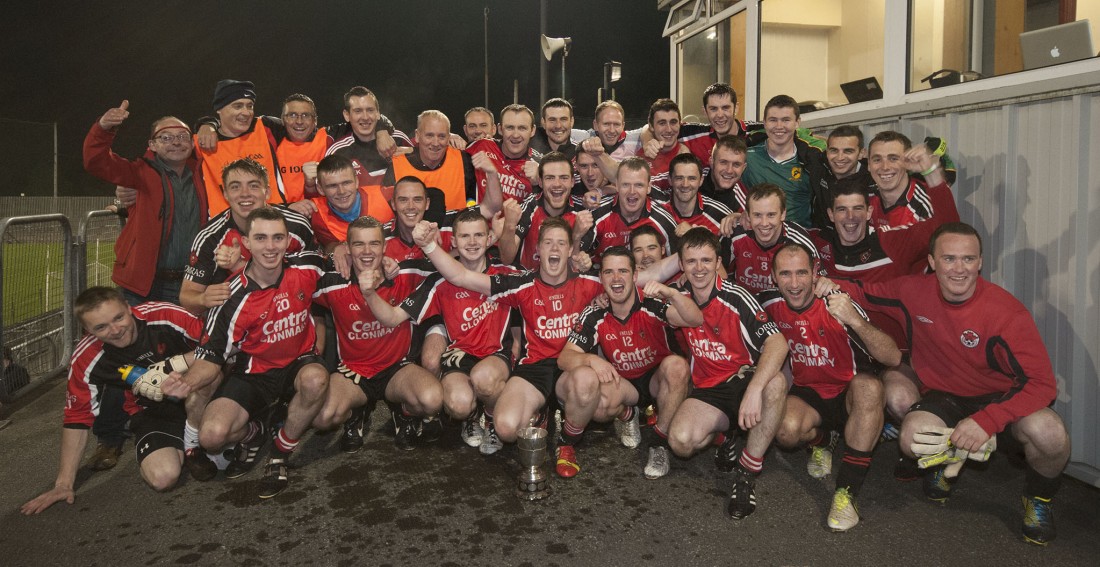 JOHN Friel keeps a list of names in his home at Dunaff, Clonmany.

The Urris treasurer is a well-known figure in the club. Friel’s list has lengthened considerably in recent times. His is a rollbook containing the names of the Urris players who have gone to foreign climbs.

Friel’s list contains the names of 29 players – 29 young men who should be lining out in the Urris red and black.

The building vans have been parked up and stationary for some time now.

Fourteen of them are in Massachusetts.

Conor Bradley, Dean Kelly, Alan Friel and Patrick Doherty are on the list, but have since returned. Eddie Kelly, a former Donegal senior panelist, is based these days in England, but came back for last Sunday’s Junior A final. Urris defied the numbers to overcome Naomh Ultan. Jason Doherty and Mark McLaughlin hit the goals in a 2-9 to 0-8 win.

Across the globe, Urris men were tuned in.

The likes of Rockie Ivers, Barney Friel, Daniel Friel, Simon Friel and Brian Kelly were all members of a supremely talented Urris Under-21 side a few years back; corner-forward Niall McLaughlin headed off on his toes to Australia just last month.

“That’s a great crop of lads who are away from home,” Urris manager Danny Kelly said.

“Lots of other clubs are the same, but we seem to have got an awful slap. Those boys are top players too.”

The folk around Clonmany have become used to farewells. They haven’t been easy, but last Sunday’s win over Naomh Ultan in Ballybofey allowed the club to revel in celebrations.

A month ago, the club officially opened a new €300,000 clubhouse at Sraid. If an when those men on far-flung shores return, they’ll come back to a club that hasn’t allowed itself to wallow in the misery of their absence.

Kelly said: “We have a good squad still here. I look at young Gary Doherty who is only 18 and he marked Dermot Gallier of Naomh Ultan in the final. He’s their man man but Gary did a great job on him.

“We’ve got a lot of good young lads, like Danny Devlin, Kevin McLaughlin and Conor Bradley. The big thing we wanted this year was to stay in Division 3 and we’ve done that.”

Last Sunday, Urris captured the Junior crown and things are looking up with Kelly noting that another crop of youngsters are almost ready to fill the voids.

He said: “It was a great victory for the club.

“It’s been a great year for us. We had the big opening of the clubhouse and to bring the Junior Championship back there was just brilliant – we’re looking forward to going up to Intermediate already.

“We’re in the Ulster championship too and the boys are itching to give that a rattle.”

Doherty’s goal just before half-time was the big swing in Sunday’s final. With the returned Kelly giving a man of the match performance on his brief sojourn back on home soil, they secured the prize when McLaughlin turned in the second goal after Aidan Doherty’s inital attempt came back off the post.

Kelly said: “Naomh Ultan beat us in Sraid and they got twelve scores. That night we got 14 scores, but three of their scores were goals.  For us on Sunday the goals were huge, but so was the clean sheet.”