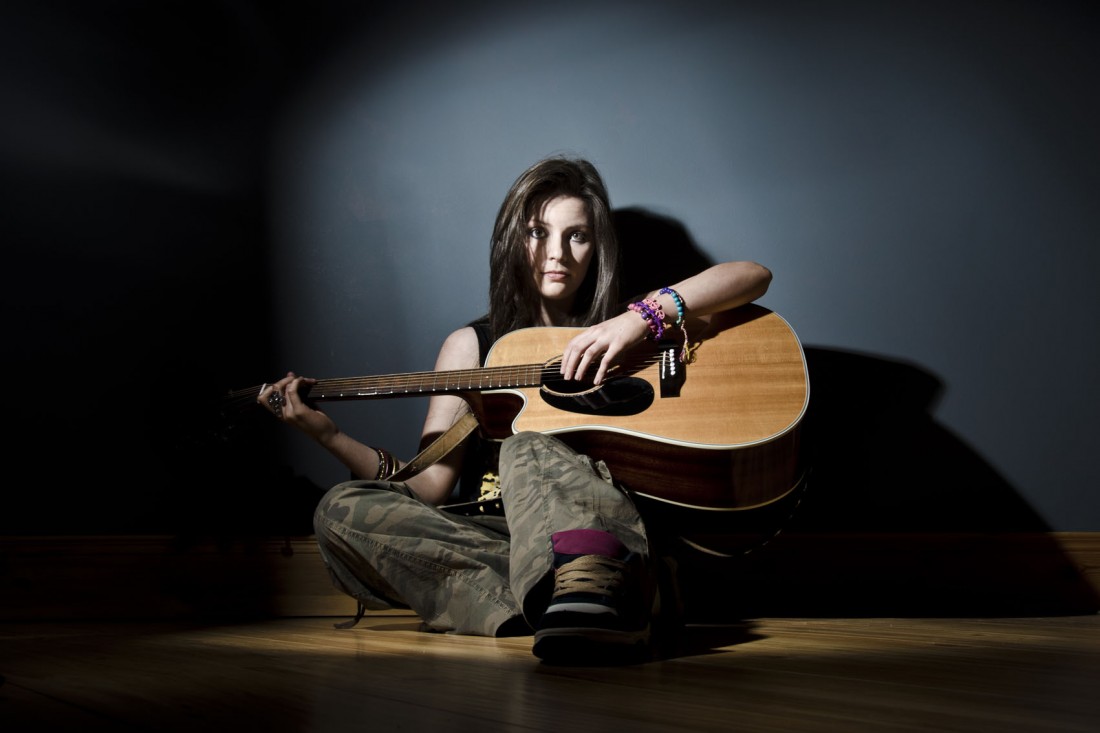 NEXT weekend a young Donegal singer will launch her debut EP which will raise much-needed funds for very worthy charity.

Deirdre McLaughlin is looking forward to her first release, Take Me Home, a nice mix of ballads and pop songs, which simultaneously will promote and raise funds for Mary’s Meals.

The young Letterkenny woman has made a name for herself as popular singer at wedding and civil ceremonies (she knows a lot of loves songs), but Deirdre has also enjoyed some great success with her original material, breaking into foreign markets
.
Mary’s Meals, which is also based in Deirdre’s native town, is an international movement that sets up school feeding projects in communities where poverty and hunger prevent children from gaining an education.

The charity is a simple idea that works – by providing a daily meal in a place of education, chronically poor children are attracted to the classroom where they can gain a basic education that provides an escape route from poverty.

The former Illistrin National School and Loreto Convent Letterkenny first heard about the charity through Fr Eamonn Kelly, Adm St Eunan’s Cathedral, where the daughter of Tommy and Carmel has sung on many occasions.

“As I was releasing the EP anyway, I thought I may as well try and raise some funds for a good cause and I had heard a lot about Mary’s Meals from Fr Eamonn,” she said.

Take Me Home features five tracks all written by Deirdre over the past four years and recorded with well-known Letterkenny producers Timmy (Gibson) and Tommy (Conway) at their Full Tilt Studios on the Mountain Top, close to Deirdre’s home.

Deirdre said: “I have worked a lot with Timmy and Tommy at Full Tilt and I really like how they work. They kept my songs very simple using mainly lead and backing vocals, guitar, strings and simple drum beats; nothing too mad.

“I recorded the songs at different times, when ever I got the chance, while I was still studying for my music degree from University of Ulster (Magee) where I graduated in June.”

Timmy and Tommy are of course household names in the world of dance music, both domestic and abroad, and Deirdre has enjoyed success in this genre in recent times.

Deirdre has recorded several electronic dance music (EDM) songs with Full Tilt, including Calling My Name and Surrender, and more recently she collaborated with well-known Irish DJ Orla Feeney on the song This moment, released during the summer.

“I’ve had the chance to do a few collaborations and really enjoy writing EDM songs, it’s nice to try something different. I am currently working on an EDM with Maltese DJ Tenishia and Ruben de Ronde from The Netherlands,” she said.

One of Deirdre’s tracks featured on her upcoming EP release, Fire In The Dark, was also featured in the short film Lucky, produced by the Los Angeles-based Cavendish Fante Picture Company, which was accepted in the Cannes Film Festival 2013 Court Métrage.

This is not the first time that one of Deirdre’s tracks has been used by a production company. Last year she got word that her EP’s title track, Take Me Home, will be featured in the Dutch hit series, Van God Los, a crime thriller series running since 2011.

“I got the e-mail from Cloud 9 Publishing, who are based in The Netherlands, and also dealt with all the publishing for the tracks with Full Tilt on Armada Music.”

Deirdre will be joined by a host of talented friends at her launch which takes place on Saturday, October 11, from 2 to 4pm in The Eatery at An Grianán Theatre, Letterkenny.

You can keep posted on Deirdre’s original work on her Facebook page, ‘Deirdre Mclaughlin’, and for wedding or civil ceremony enquiries log onto www.weddingmusicdonegal.com