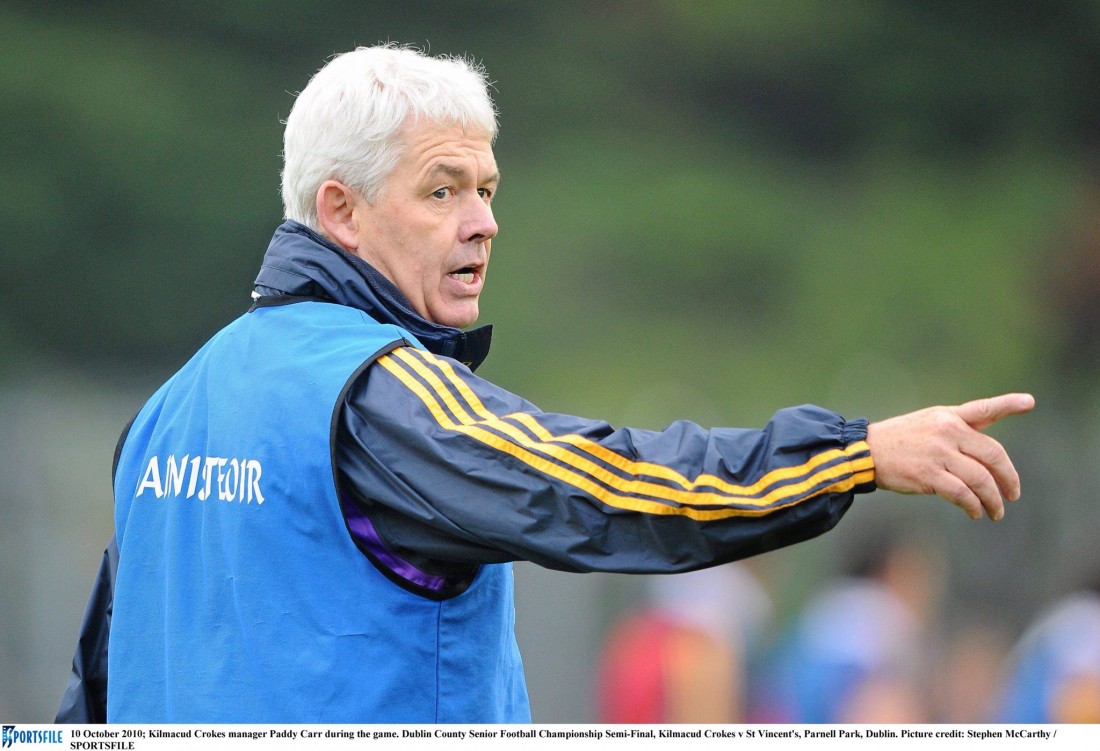 PADDY Carr has been nominated for the Donegal senior football team manager’s position.

“He seems to be interested in the job and he’ll now look at the pros and cons over the next few days,” Ms Shields said.

Carr, who guided Kilmacud Crokes to the All-Ireland club title in 2009 has an extensive CV at club level while he managed Louth in 2002 and 2003 and has also taken charge of the Meath minors.

Carr is a naive of Fanad, the son of Barney and Dot Carr of Shanagh in Fanad. He has been based away from Donegal from a young age, but he returned to play for the Donegal seniors in the 1980s.

He played one Ulster Championship game for Donegal – the 1980 defeat by Tyrone in Irvinestown. Having played for Kilmacud at underage level, he was with the Walterstown club in Meath at that stage.

“When Sean O’Donnell asked me to come up and play for Donegal, it was a very proud moment. I played from 1980 or so onwards and I loved Donegal – I still do,” he told the Donegal News in a 2009 interview.

This year, Carr managed Burren in Down and guided them to the Down senior final, where they lost against Kilcoo and in the past he has had a close association with Tir Chonaill Gaels. He had been considering the Donegal job in 2010 following John Joe Doherty’s resignation, but opted not to contest the vacancy with Jim McGuinness.

So far, Declan Bonner, Martin McHugh, James Horan and Damian Diver have ruled themselves out of the running.

Rory Gallagher has yet to signal his intentions, but remains the favourite to land the post.