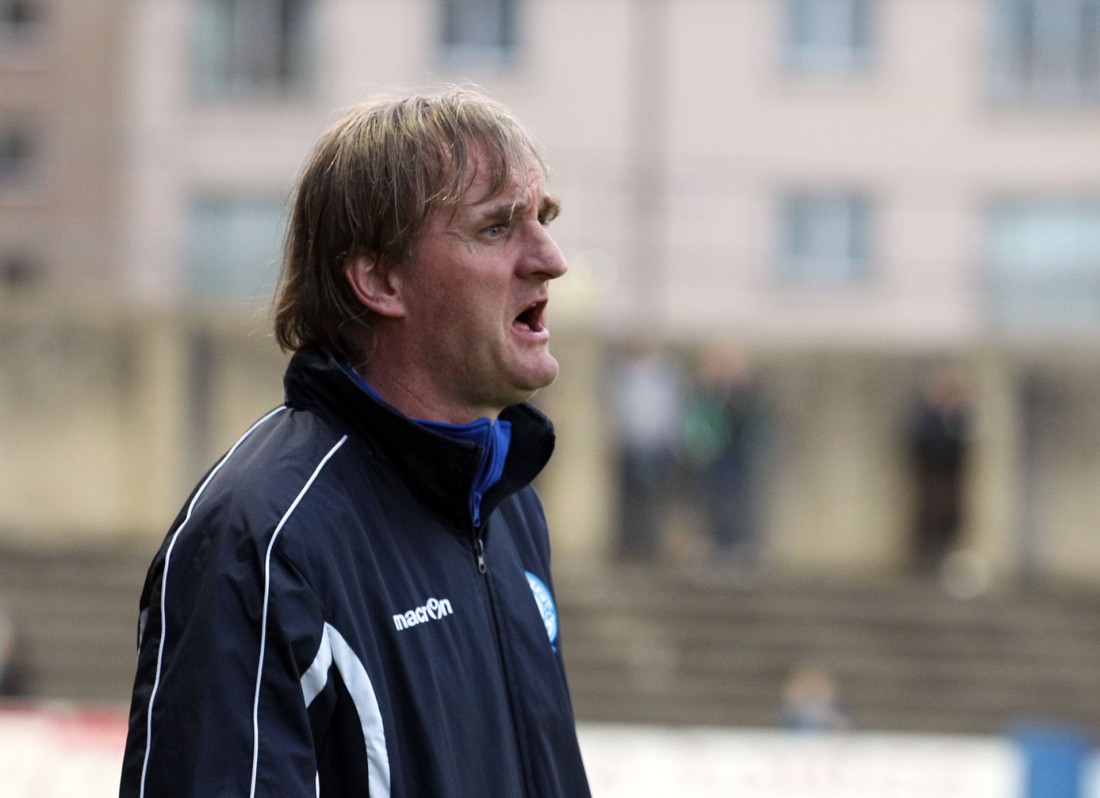 AWAY from the passion and pressure of the dugout, Ollie Horgan is a trained pianist.

Give him anything from Bach or Beethoven to Verdi and Wagner, Horgan is likely to oblige.

Horgan doesn’t hog the limelight and is never too revealing in interviews, but playing the piano is one of his hidden talents.

A maths teacher at St Eunan’s College, Horgan holds the same love for the numbers and theorems as he has for notes and tactics.

Playing the ivories is one of Horgan’s party pieces. It’s unlikely that he’ll have much down time over the coming weeks and months as he continues to plot the course for Harps’ 2015 season.

Horgan is familiar with Mozart’s road to the top and the long planning, endless travel in primitive conditions and at first the scrimps of reimbursement. It could relate to his own season as the Harps manager, his first at the helm of Donegal’s senior representatives. It won’t have taken him that long to see at first hand the problems and issues facing both Harps and the much-maligned League as a whole.

Horgan came through Harps’ extensive interview process last year with flying colours and was appointed as the successor to Peter Hutton, whose end came at the final home game of the 2013 season in the form of a pre-prepared statement handed to members of the Donegal media.

The ex-Fanad United manager was the ultimate dark horse, rarely mentioned throughout a process that saw Joe Boyle and Don O’Riordan become the favourites for the post, while former West Ham United left-back Julian Dicks was one of the more unusual and unexpected applicants.

Horgan was said to have excelled in his interview and so impressed were the Harps board that they handed their man a two-year term in office. Their agreement includes the option for a third year if the relevant people are satisfied.

The Galwegian’s brief in year one was, in the words of an official who was a central figure in Horgan’s appointment, ‘to create the right atmosphere and environment in terms of the set-up, the backroom team, the preparation, the away trips and the club in general.’

Behind the scenes, Horgan has laid solid foundations – the trick now will come in attempting to build the blocks and, ultimately, ensuring that the roof doesn’t cave in.

“We’ve had everything a senior club needs – and I mean everything from the video work, to the strength and conditioning, to the nutrition,” Harps captain Kevin McHugh said in a recent interview.

“The big thing is that it hasn’t stopped like it did in other years. It’s very easy to start these things but keeping them going is the one. Players sometimes can become fed up or bored but the three boys drive it home every week that this is the way forward – if you want to be a footballer this is the way it has to be.” 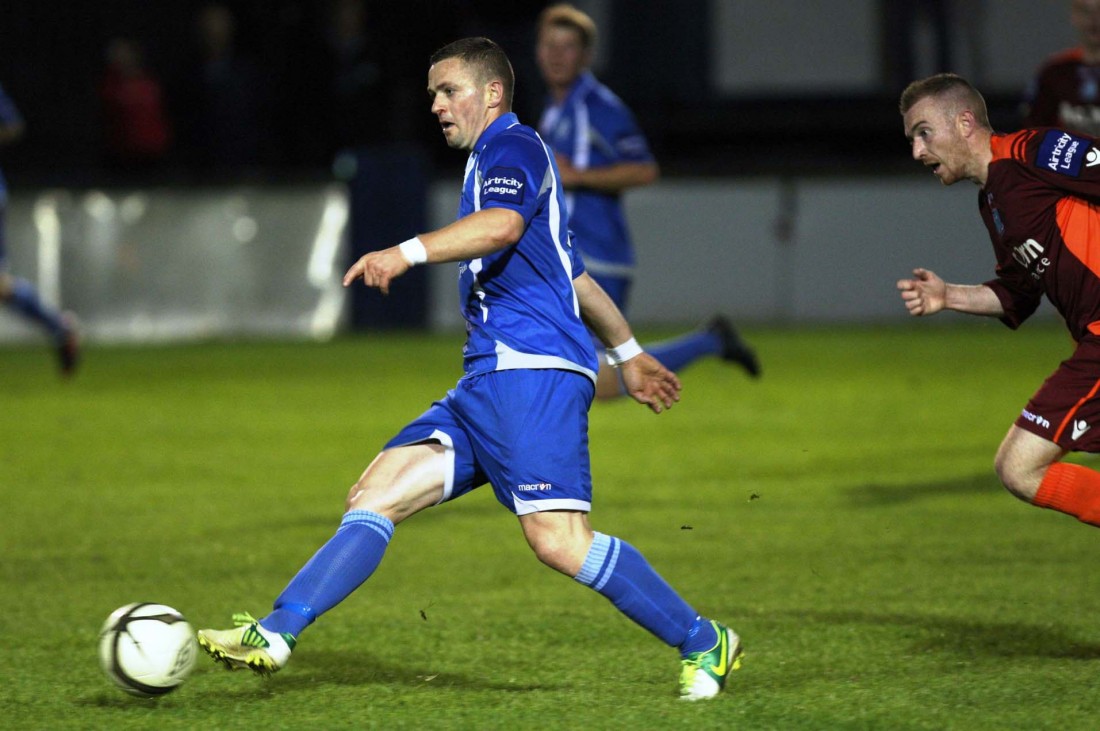 Harps have worked closely on their strength and conditioning with Michael Black at Optimal Fitness in Letterkenny, while Therese Lafferty works as the club’s nutritionist. A link-up with the Letterkenny Institute of Technology has enabled Horgan to avail of students who have recorded the games for his video analysis.

Where the sword will either stay of fall in Horgan’s term will be because of the results.

Last winter while they were on the search for a manager, Harps made their hopes clear.

“We would be looking to be competitive for the play-offs,” Board member Aidan Campbell said at the time. “We do have to be realistic and reasonable in that we’re coming in from a very low base. We don’t expect miracles, but we would expect a significant improvement on our League position.”

Horgan was similarly upbeat in his assessment.

“To me this county has footballers of loads of ability,” he said.

“There are enough to compete at a higher level in the First Division, with or without a high budget. Most certainly I have high hopes that we can achieve.”

Harps promised a lot at times, but the statistic that will glare at them from the League table is in the draws column. Harps had eleven drawn games this season. Horgan often made the point that his team was hard to beat but also found it hard to beat other teams.

While it has been a largely encouraging season, the worry for Harps is that they aren’t much better off in the standings as they had been in recent seasons. Since dropping to the First Division in the 2008 season, Harps have finished 8th, 8th, 9th, 5th, 6th and now 5th again, some 28 points off the champions, Longford Town.

The run to the FAI Cup semi-final, and particularly the 6-1 drubbing at the hands of St Patrick’s Athletic in the televised semi, hasn’t managed to sugar coat the fact that Harps’ season would have petered out to a whisper but for that Cup campaign given that their hopes of making it into the play-off positions were scuppered in August.

Between an EA Sports Cup loss in Galway in May and the 1-0 home defeat by Shamrock Rovers B in August, Harps had just one defeat in fifteen, but that sequence was marred by the draws.

Their big problem came in scoring goals. Ruairi Keating spent the first half of the season on loan from Sligo Rovers. His recall to The Showgrounds following the departure of Ian Baraclough left Harps without a player who had been their main goal threat. It says much for Harps’ deficiencies in attack that Keating, who netted six goals in 14 appearances, concluded the season as Harps’ top scorer. Keating’s League tally of five is the lowest of any Harps top goalscorer in their history. 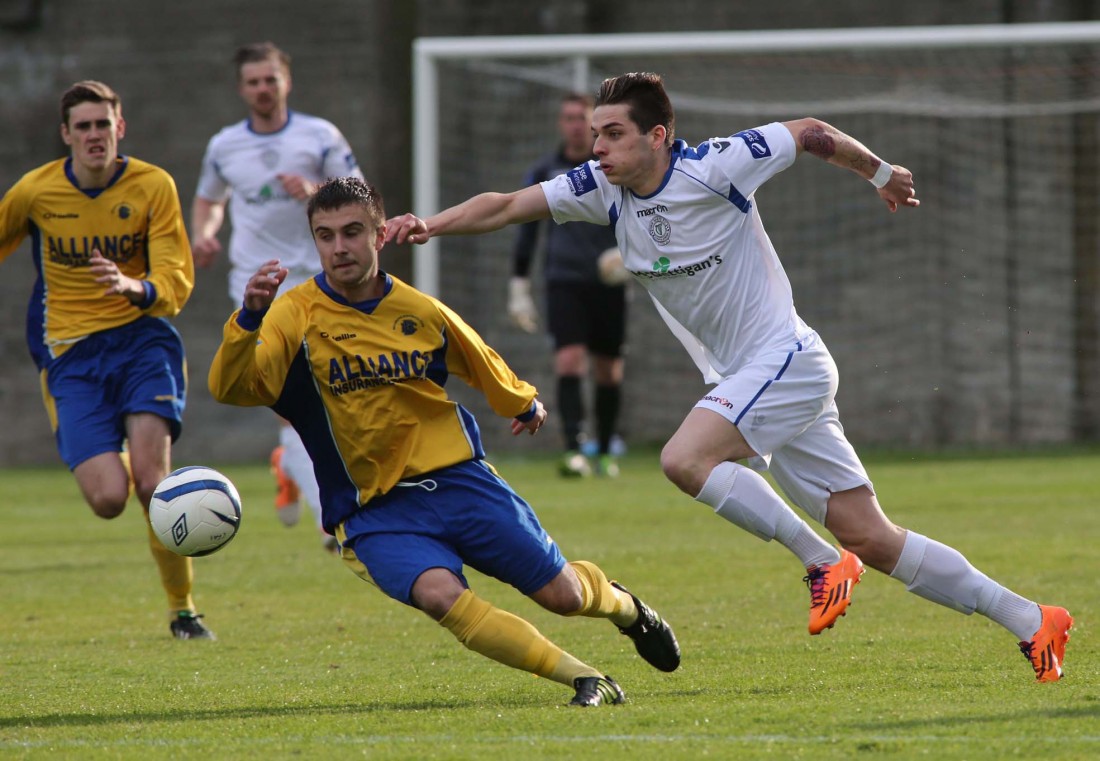 Sean McCarron and Kevin McHugh contributed 20 goals in 2013, but managed only six in the season gone by. McHugh missed a large swathe of the early part of the campaign because of injury and, even at the 35 he’ll be by the time the 2015 season rolls up, the veteran Killea man’s services will again be secured over the winter. His double against Avondale United in the FAI Cup quarter-final replay at Finn Park was a reminder of his penalty box prowess and McHugh, even on limited game time, will be a vital component for any Harps side.

The creation of chances, Harps struggled with until Gareth Harkin began to hit form. The midfielder spent two years out of the game, but his return has seen the Letterkenny man become a key figure, while Horgan will hope that Brian McGroary – injured for the latter weeks of the season – can regain fitness given the flashes of form he showed.

Harps’ biggest achilles heel was their lack of discipline. The First Division isn’t exactly a house for the country’s top officials, but nevertheless there can be no excusing that eleven red cards and a total of 70 yellow cards is bordering on the ridiculous. It was an average of 2.5 bookings per game in the League.

For a threadbare squad, their volume of suspensions greatly inhibited them at times.

Harps have no-one guaranteed to be around for the 2015 season, but Horgan is sure to knock first on the doors of Damien McNulty, Packie Mailey, Ciaran Coll, Pat McCann, Harkin and McHugh. Throw in Caoimhin Bonner, Keith Cowan, Josh Mailey, McGroary and Michael Funston and Horgan could have the bones of another squad of promise. 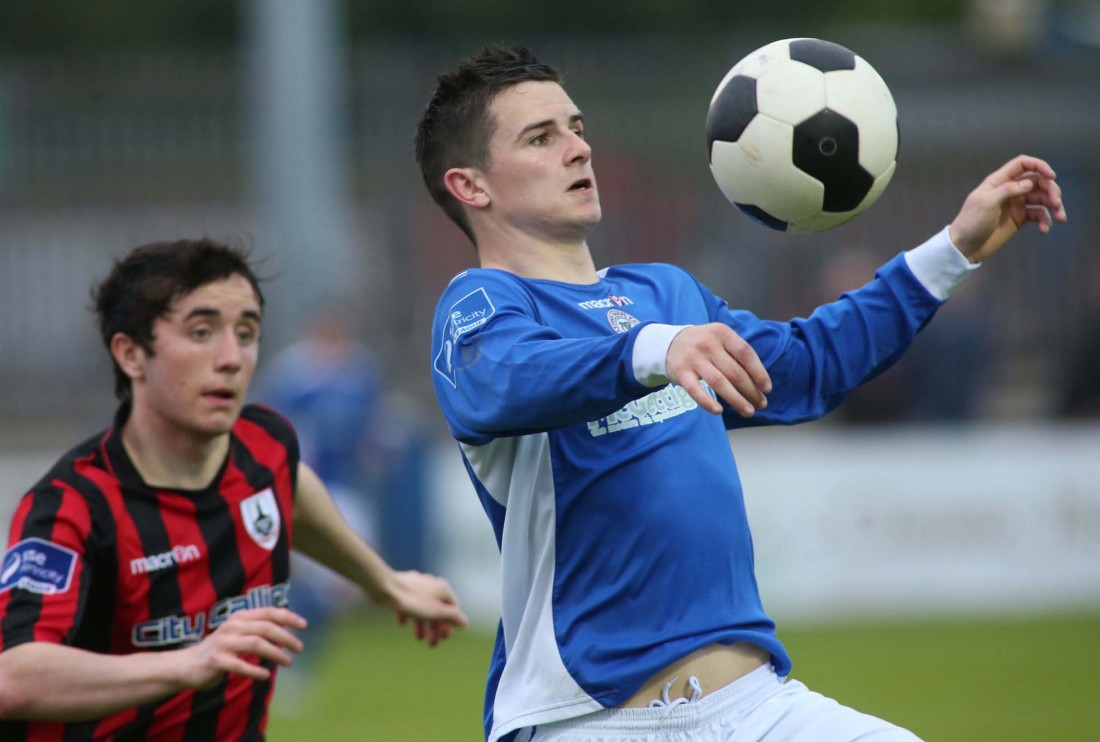 Budgetary constraints and a wage bill of only around €2,000 a week mean that Harps are fighting an uphill battle, but a goalkeeper, a central midfielder and a striker will be top of Horgan’s Christmas shopping list.

Locals like Shane McGinty, playing well at Coleraine, and Tony McNamee, on the books of Glenavon, might well be a good port of call, but tempting players to make those long journeys with little monetary reward will remain a difficulty.

An approach for Ciaran Gallagher might be a good starting point to address the goalkeeping issue. A glaring fact is that the list of possible alternatives to the likes of Mark Forker, Paul McVeigh, Thomas Bonnar or James Doherty – players who left Finn Park during the 2014 season – is neither lengthy nor attractive.

Harps managed to take 600 supporters to Richmond Park for the Cup semi-final, something that showed the undoubted potential of the giant that sleeps down Navenny Street. Harps have done sterling work behind the spotlight of, but the reality is that it is the results of the first team will make or break them.

Since Harps made the drop in ‘08, they’ve seen Monaghan United, Sporting Fingal and Kildare County go out of business. On the flip side, Derry City won promotion in 2010 and are in the FAI Cup final; Dundalk got promoted in 2008, the same year Harps dropped, while Cork City went up in 2011. The Premier Division title is now a straight fight between Dundalk and Cork.

For Harps, the ambitions are more modest and that old chicken and egg scenario of whether to gamble, or whether the club can afford to, is one for Horgan to ponder as he runs his fingers along the keys in mid-winter.