Advertisement
HomeSportBoxingJason Quigley will have ‘goosebumps’ in Boston, but Dublin date unlikely
Advertisement 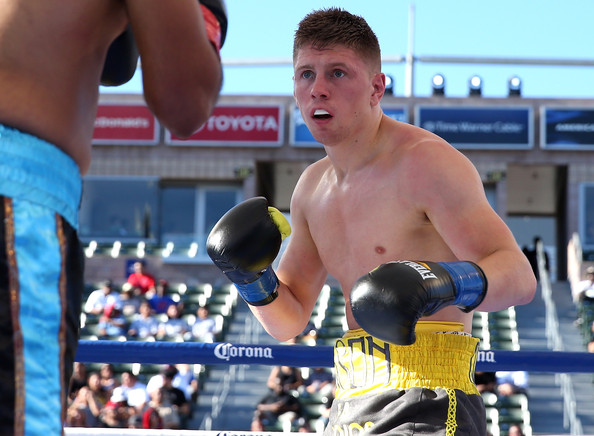 JASON Quigley says he’ll have ‘goosebumps’ when he takes to the ring for his third professional fight in two weeks’ time – but  Irish fight fans won’t be seeing the Ballybofey man in action on home soil next month.

Quigley, who is 2-0 following his wins over Howard Reece and Fernando Najera, takes on Serge Cadeus at the Plymouth Memorial Hall on October 30th.

“I’m so excited to be fighting in Boston,” Quigley told the Donegal News from his California base this week.

“Boston is a great town with great fight fans and for me to be fighting my third pro fight at the Plymouth Memorial Hall in front of the Irish crowd is fantastic.

“I will put on a great show for the crowd, I already know it will feel like I’m fighting back home in Ireland, I’ll have goosebumps as I walk to the ring on fight night. I can’t wait”.

The 23-year-old Finn Valley ace will open the televised action on FOX Sports 1. Cadeus won his only professional bout to date, beating Yoeglys Duverger in Tampa, Florida on a unanimous decision.

Quigley was this week sent a pair of exclusive Jordan boxing boots to wear in his bout with Cadeus by American super middleweight Andre Ward (27-0), who the Donegal star says is his ‘idol and in my eyes the best boxer on the planet’.

Eddie Hearn name-checked Quigley this week in relation to the November 15 ‘Return Of The Mack’ card at the 3 Arena in Dublin. Hearn said this week that he was holding an opening for Quigley on the undercard to the world title eliminator between Matthew Macklin and Sebastian Heiland.

While Hearn said that he had spoken to Golden Boy Promotions about Quigley and used phrases like ‘they are desperate to get on the card’, the Donegal News understands that the 2013 World Championship silver medalist is not in the running for a home bout so soon.

Both Golden Boy Promotions and Quigley’s own camp, which includes his father and trainer Conor, are keen for their man to stay Stateside for the time being.

After Quigley’s win over Najera, Oscar De La Hoya told the Donegal News: “Maybe when he’s 10-0 or 12-0 we’ll get him there (to Ireland).” That stance is understood to remain with Quigley instead likely for another bout in America before returning home at Christmas.