The names of four candidates for the Donegal senior football team manager’s job have made it into the public domain. Chris McNulty profiles the quartet… 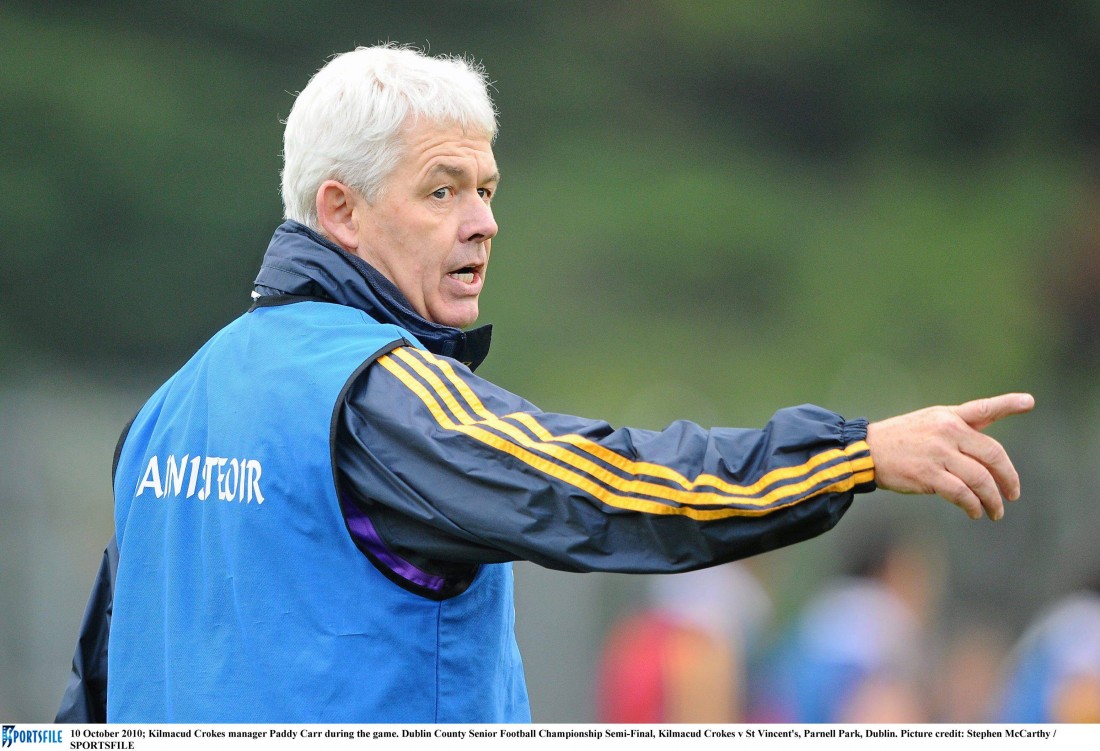 Born in Dublin to Donegal parents, Paddy Carr has a strong family bond with the Fanad area, where he has spent and continues to spend a lot of time.

Carr was invited for a trial with the Donegal seniors in the late 1970s by the then manager Sean O’Donnell. Carr took up the offer and played several National League games for Donegal. In the 1980 Ulster Championship, Carr played his one and only Championship game for Donegal – in a defeat against Tyrone.

He was with the Walterstown club in Meath at the time and he played in two All-Ireland club finals with Walterstown, but lost both, in 1980 against St Finbarr’s of Cork and in 1984 against another Cork side, Nemo Rangers.

The schoolteacher has quite the cv having also managed the Louth seniors in 2002-03 and having a spell in charge of the Meath minors. This year, he took Burren to the Down final, while he has had a long association with Tir Chonaill Gaels in London.

Was nominated for the Donegal job by Fanad Gaels. 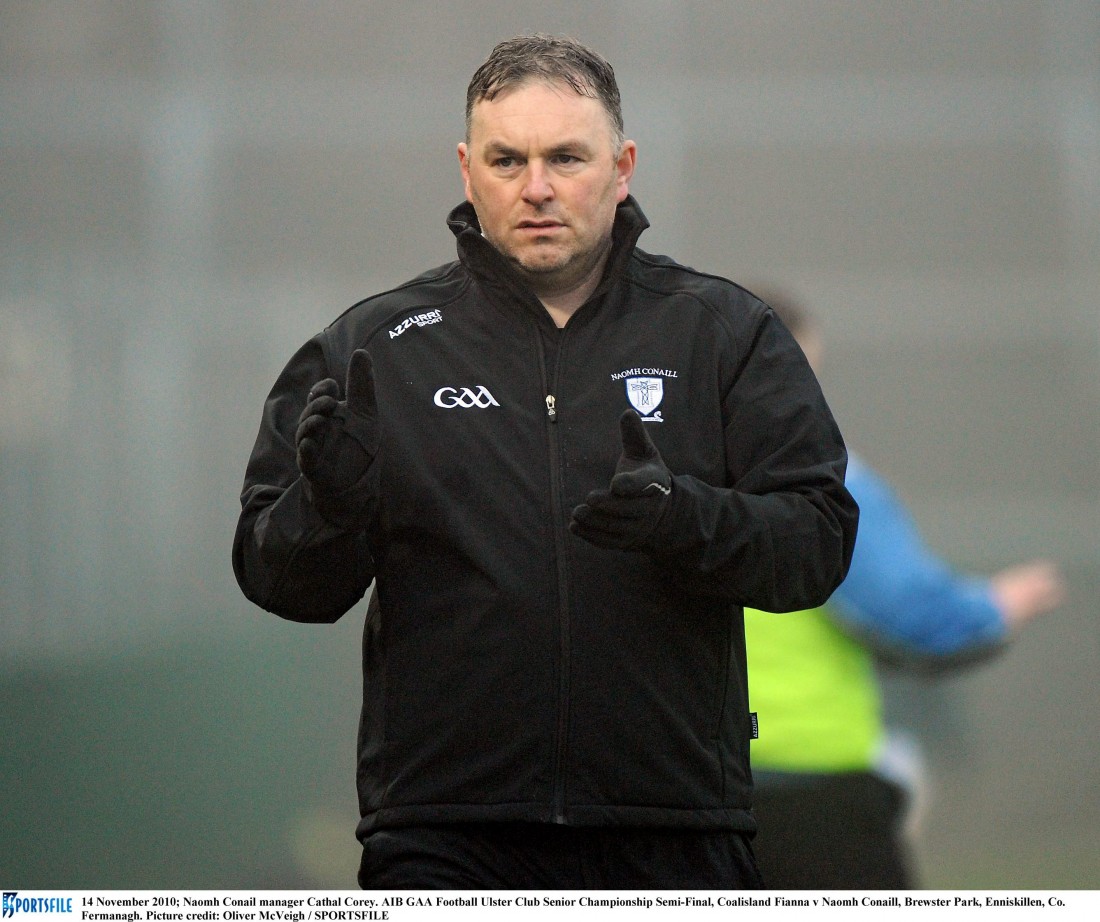 HAILING from Kildress in County Tyrone, Corey is no stranger to Donegal.

Was recruited to Naomh Conaill by Jim McGuinness for the 2009 season. The pair were joint managers when Naomh Conaill reached the Donegal SFC final that year, losing against St Eunan’s. McGuinness subsequently took over the Donegal under-21s, but Corey stayed on at the Glenties club.

In 2010, with Corey as manager, Naomh Conaill won their second Donegal SFC title, defeating Killybegs in the final. Naomh Conaill reached the Ulster club final in 2010, a game they lost against Crossmaglen.

Since he stepped away from Naomh Conaill, Corey has worked with University of Ulster, Jordanstown’s teams and has managed Derry clubs Slaughtneil and Banagher.
Corey is a nephew of former Donegal manager Brian McIver.

In 2012, when McIver was named Derry manager, Corey was also interviewed for the job.

Was nominated for the Donegal job by Naomh Conaill. 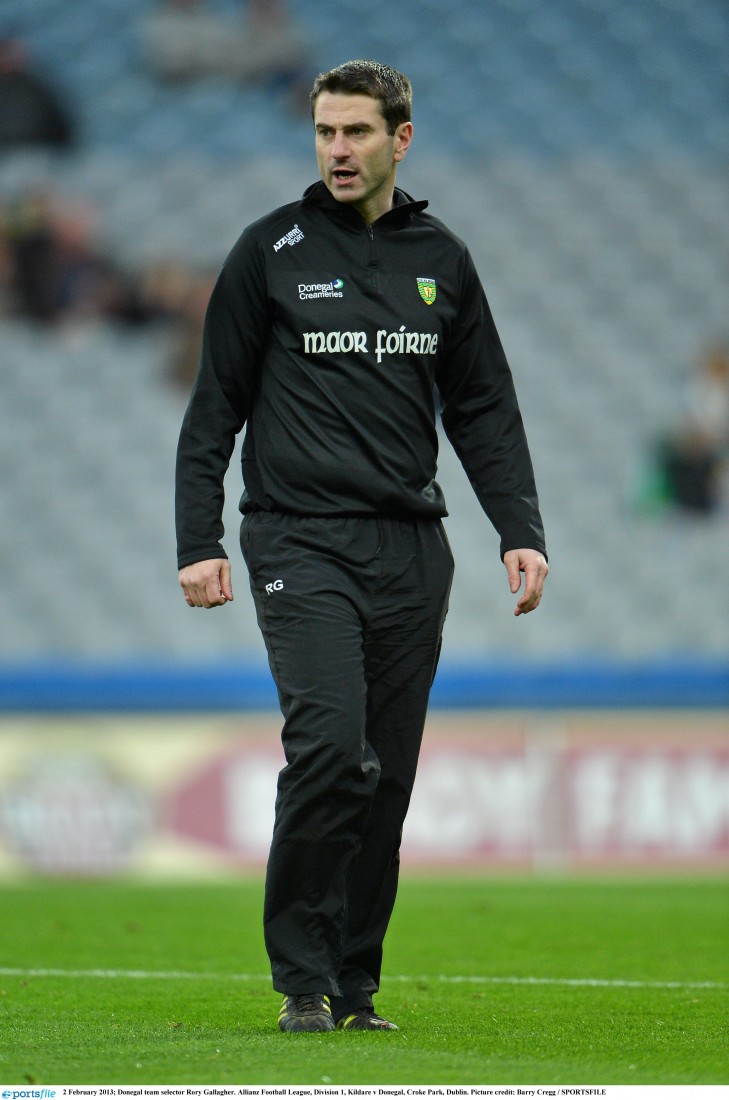 HAS been the bookmakers’ favourite to land the Donegal post since betting opened in the wake of Jim McGuinness’s departure.

The 36-year-old is based in Killybegs and is currently joint manager of the Kilcar senior team alongside John McNulty.

When Peter McGinley – who assisted McGuinness with the Donegal under-21s in 2010 – said he couldn’t commit with the seniors in 2011, McGuinness turned to Gallagher. It was initially seen as a surprise, but quickly Gallagher’s tactical nous and knowledge of the game became apparent.

Was seen as a key figure as McGuinness’s right-hand man in 2011, 2012 and 2013. Their partnership came to an abrupt ending last year and the details of the split remain shrouded.

Gallagher remained involved with Donegal football, staying as a part of Maxi Curran’s management team with the county under-21s.

As a player, Gallagher was one of the best forwards of his time. He scored 3-9 for Fermanagh against Monaghan in the 2002 Ulster SFC and was the Ulster Championship’s leading scorer in 2000, 2001 and 2002.

Has played for Erne Gaels, St Brigid’s and St Gall’s and won an All-Ireland club title with Gall’s in 2010. Has played senior inter-county football for Fermanagh and Cavan.

Was nominated for the Donegal job by Kilcar.

THE surprise late entrant into the mix on Friday afternoon, Harkin was the team trainer when Donegal won their first All-Ireland in 1992.

Was seen as being ahead of his time around those days in the late 1980s and early 90s. Had a close association with Brian McEniff and returned to train Donegal in the Bundoran man’s last stint as manager, which included the memorable run to the 2003 All-Ireland semi-final.

As a player, Harkin won an All-Ireland club title with Thomond College in 1978 (a team that included Mickey Houston from Glenfin). Played for Donegal between 1974 and 1979, making his Championship debut against Derry in 1977.

Won a Donegal SFC title in 1981 with his native Ardara.

A teacher at Loreto Community School, Milford, Harkin is presently the Coaching Officer on the Donegal County Board.

Was nominated for the Donegal job by Ardara.