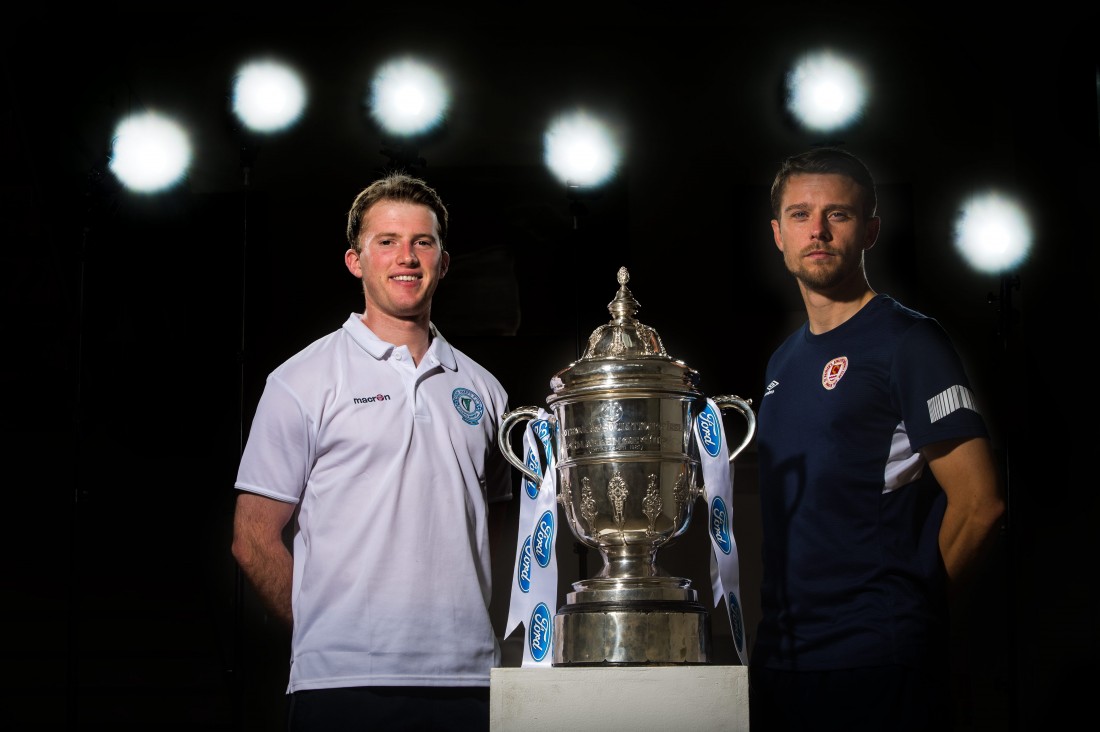 WHEN Ollie Horgan sat in the Cappry Suite of Ballybofey’s Villa Rose Hotel late last November for his first press briefing as the manager of Finn Harps his enthusiasm for his new job was already apparent.

“Anybody with ambition in football would be mad not to jump at the chance to manage this football club,” Horgan told his audience. “The potential, the support to me and what possibly is out there is enormous.”

For five seasons Harps had just finished in the obscurity of mid-table in the First Division. With the curtain almost drawn on another campaign and Harps sitting in sixth place, well off the hunt for the promotion play-off positions, Harps have one last chance to shine a light upon their season.

An FAI Cup semi-final – the club’s first in fifteen years – offers that opportunity on Sunday when Horgan takes his side to Inchicore to take on the current Premier League champions, St Patrick’s Athletic (Richmond Park, 1.45pm, live RTE2).

Although their standing in the League mightn’t agree, Harps have had an encouraging season. Eleven draws have, ultimately, signalled the end of their promotion hopes, but what Horgan has brought to Harps is a steely resilience that was the hallmark of his Fanad United teams. They were, as Harps have been, notoriously hard to beat.

Horgan suggests that Liam Buckley’s Saints will test ever inch of that resolve on Sunday. Harps are 20/1 shots with the bookmakers. For all intents and purposes, as Horgan pointed out last Friday night after his team’s 3-2 win over Shelbourne, Harps ‘haven’t a hope’ and yet…

“Stranger things have happened and in a two-horse race you just don’t know what could happen,” the Harps manager said. The reality, however, he is quick to stress, is rather different.

“It is a great occasion to be involved in. It is a great achievement to be in the last four alongside the teams we’re in with. Yes, there is that side of it which is brilliant for the club, but – and I don’t want to be a complete killjoy – there is a little worry there that whatever good progress we have made could be undone.

“I hope we can come out with dignity, that we can empty the tank and make a game of it. Basically, we need to keep the tie alive for as long as is possible.

“They beat Derry City 5-2 and they beat Bohemians 3-1 on Tuesday night. Look, we’re no Bohemians but I’m looking forward to the challenge.

“The worry with St Pat’s is that they could make it a very long afternoon for us – they are one team who just don’t take the foot off the pedal at all. I’m looking forward to it, but I looked forward to Wexford on Tuesday night just as much. I knew in my heart and soul we wouldn’t get anything from Wexford but it was a brilliant challenge.

“St Pat’s creative play is something else. They have so many options. No one will give us an iota of a chance but we know that.”

In Christy Fagan, St Pat’s have their first 20-goal-a-season man since the 1950s and they haven’t been FAI Cup winners since 1961, losing seven finals since, including agaist Finn Harps in 1974.

The disparity between the clubs’ current positions couldn hardly be more stark.

On Tuesday when Harps’ players were boarding a bus on Navenny Street to head for Wexford, many of them earning only pittance and some of the fresh faced youngsters simply off in pursuit of experience, St Pat’s midfielder Killian Brennan was in the process of becomming the first League of Ireland footballer to sign up his image rights, penning a deal with image rights agents Romanillos and Cook.

Buckley’s team is laced with class and oozes in flair. Their midfield on Sunday will include Keith Fahey, who has sixteen Irish caps to his name. In the first game of the Ireland’s successful Euro 2012 qualifying group it was Fahey who netted the only goal of the game in a 1-0 win over Armenia at the Hanrapetakan Stadium in Yerevan four years ago.

But for a groin injury, Fahey would have been in Poland.

Throw in Chris Forrester, James Chambers and the captain Ger O’Brien and it’s easy to see why Horgan’s brow is furrowed.

It’s likely that Horgan will adopt a defensive strategy for Sunday’s game and will look for Damien McNulty and Packie Mailey to continue their excellent form. Harps have found goalscoring a problem this season and, even in the First Division, their entire strikeforce hasn’t scored as many as Fagan.

Horgan said: “We had eight chances in Wexford on Tuesday night and didn’t score. That is something we really have to work on. We won’t improve anything without sorting out the goalscoring.”

Brian McGroary misses out on Sunday because of a hamstring injury, while a calf strain leaves Gareth Harkin in the ‘doubtful’ bracket, but Horgan is hopeful that the midfielder will be available. Caoimhin Bonner has been carrying a groin problem, but as Horgan points out: “He’s as hard as nails that lad – he’d play with one leg.” Bonner is expected to be added to bolster a defence that will come under some strain given St Pat’s attacking power. Pat’s are missing the suspended Greg Bolger but, otherwise, are at full strength.

Horgan said: “If we come out and go at them they could just start to pick us off. We’ll have to mix it up a bit. They have a lot of men for us to worry about; even look at Ian Bermingham at left-back who basically acts as a left-sided midfielder. When we played Dundalk and Sligo in pre-season, that’s as close as we got to what we will face on Sunday.”

When Horgan talked last November about the ‘passion and support’ it was at a time when the club was at a low ebb. Sunday’s appearance in a live television game will ease some of the club’s pressures, but Horgan has already seen glimpses of what he talked about. When Ruairi Keating struck an equaliser against in May, it was the first time in a while that Finn Park felt alive.

“We only played for half-an-hour that night,” Horgan said, “but Ruairi Keating got us a goal to draw the game and the supporters gave us a serious clapping off the pitch.

“I realised that night that the people are just crying out to support us. If we could just give them something to cheer. I went into the dressing room that night and just told the boys: ‘This crowd is just itching to get behind you’. We have done that in terms of getting to a semi-final but I just hope that their expectations are realistic.

“I think they are because the people who watch us know our limitations. While our crowds haven’t been massive they have been good to the players and they’ve been very appreciative of the effort and commitment.”