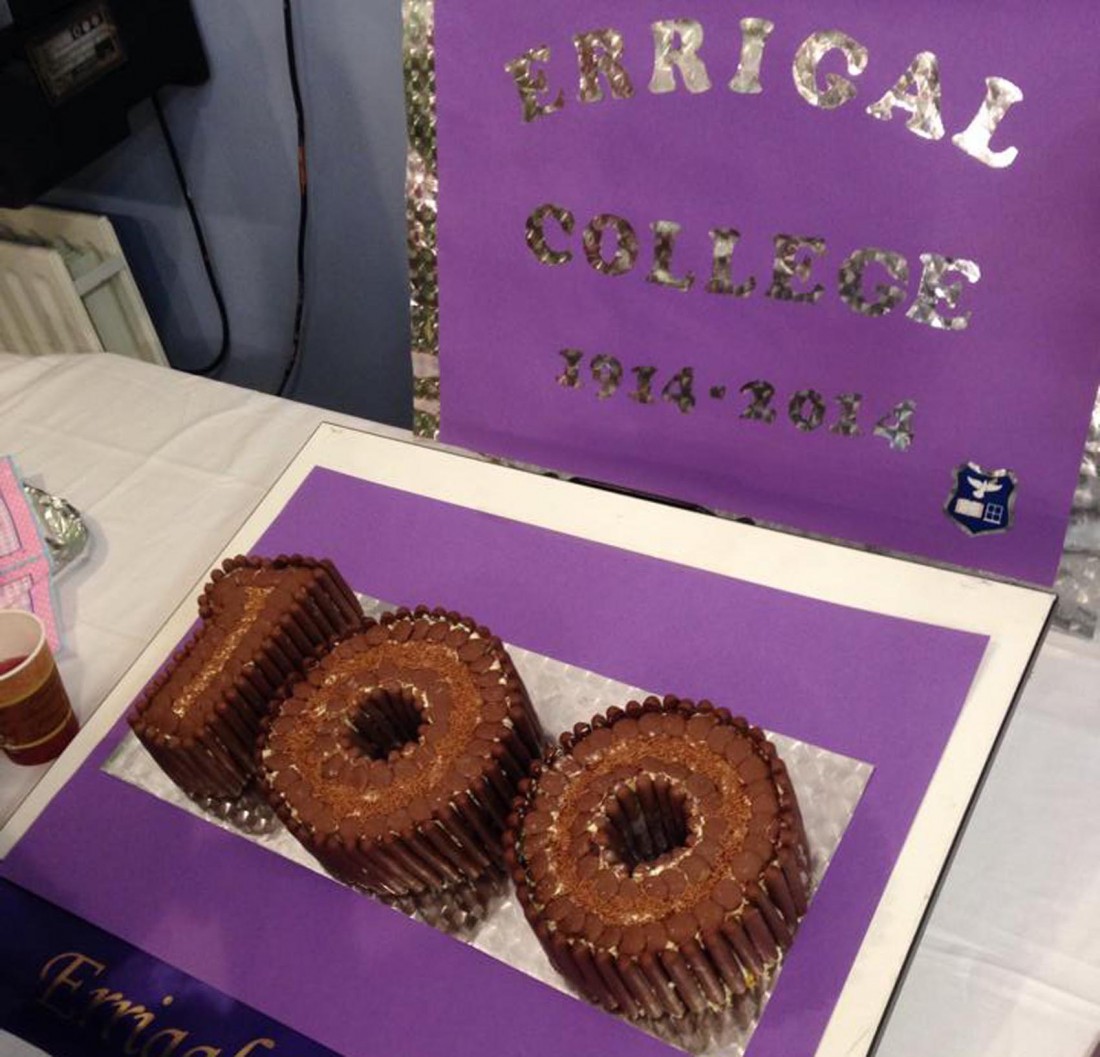 Mr Shaun Purcell, CEO of Donegal Education and Training Board (ETB) officially launched Errigal College’s Centenary Year to a full ‘class’ of past pupils, former and retired staff members, and friends, noting it was a ‘very proud night’ for the school.

Speakers on the night included Cllr Jimmy Kavanagh, Chairman of the Board of Management, Cllr Martin Farren, Vice Chairman of Donegal ETB, and MS Eileen McGuire, Teacher and Home School Liaison Officer. The MC for the night was Deputy Principal, Mr Ciarán Rodgers.

Principal, Mr Charlie Cannon said a very exciting year of events lies ahead for Errigal College which includes a school liturgy, the production of a CD or original songs, the building of a centenary garden, the launch of a new website, open days, the continuation of the school’s bicycle scheme, a gala dinner, and a the production of a book.

Ms McGuire encouraged anyone past pupils or staff member with stories of their time at the school to contact them via e-mail errigalcollege100@gmail.com or the Facebook page ‘Errigal College – Old Tech Letterkenny Centenary 1914-2014’.

The school first opened its doors as the Letterkenny Technical College in Henderson’s House on Lower Main Street, in October, 1914. In 1942, during World War II, the school received a new building at Ard O’Donnell where it would remain until 1987.

Mr Cannon said the Donegal ETB, then the VEC, had shown a lot of foresight in choosing the grounds at Windyhall for the Letterkenny Vocational School in the early Eighties, which allowed it to expand and develop to what is now Errigal College.

See further extensive coverage of the launch over the next editions of the Donegal News.