Advertisement
HomeSportGAAChristy Connaghan: Back on track after four-year nightmare
Advertisement 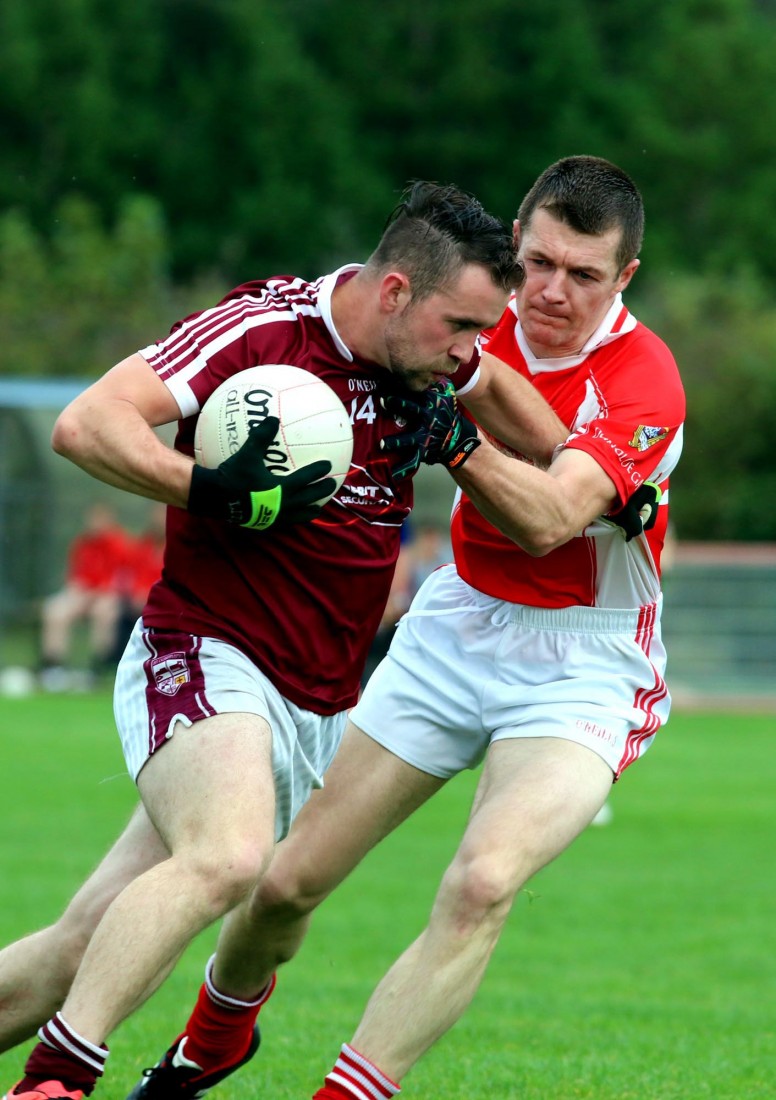 CHRISTY Connaghan could easily put the last four years of his sporting career into the bin and start again on a blank canvas.

Connaghan just turned 24 last month, but has been dogged by a crippling series of injuries. Six years ago he played on the defeated Termon side against St Eunan’s in the county final.

He scored six points that afternoon in Ballybofey.

By then, he had already made his senior debut at Finn Harps and his path for both codes looked promising. Brian McIver showed a keen interest and when John Joe Doherty took the reigns in late 2008, with Connaghan’s Termon colleague Tommy Ryan as a selector, he too knocked on his door. Connaghan resisted the lure to concentrate on Harps.

While playing for Termon against St Eunan’s in the All-County League in 2011, Connaghan suffered every footballer’s worst nightmare.

A major dislocation of his knee was only a prelude for the diagnosis that followed.

Since that afternoon, Connaghan has had two cruciate ligament operations, has had his medial ligament repaired and earlier this year had cartilage removed. Lesser man wouldn’t even have contemplated the long haul back from there. The light never dimmed for Connaghan, though.

“They actually told me that I wouldn’t play again back then,” says Connaghan, now inching his way back up the ladder. To be told that was an absolute shock. I didn’t believe it.

“I went to Dublin just for another opinion. Ray Moran was a lot more positive. I had the cruciate done again last March.

“I always felt that I could get back. I still have aspirations to get back close to where I was.

“It has been slow progress but I’m getting there. I’ve been missing for most of the last four years, but I feel every game is helping now.

On Sunday, Connaghan lines out for Termon against the reigning county champions, Glenswilly, in a Championship quarter-final.

Last weekend, the Burn Road men tore up the script and consigned the form book to the rubbish shoot when they dumped Gaoth Dobhair out of the race. With Connaghan scoring three points and Daire McDaid notching six Termon were deserving winners.

Noel Kelly’s goal briefly had Termon rattled, but their responses was excellent and they came away with a 0-14 to 1-9 win to set up a meeting with Glenswilly.

Connaghan says: “Their goal really tightened it up. It made the game cagey for a while. We tacked on a couple of scores after that. We responded well. We didn’t lose the focus. It was important that we did that. It was a good test of character for us and we came out of it well.

“We were confident among ourselves last week. We’ve been getting better. We started the Championship just ok against Dungloe and we were better against Killybegs. Hopefully we can kick on now. Sunday was a big step for us.

Connaghan has signed for local soccer side Kilmacrennan Celtic, but will keep his concentration on Termon’s exploits for now.

Time has ticked along fast for Connaghan since he first felt that horrific pain shooting through his knee. The steps are small, but Connaghan was always a player who brimmed with confidence.

“I was doing the weight training but I had a set back then in May with the cartilage.

“I didn’t play too many League games so the Championship has been my first clean run at it. I’m happy where I’m at but I’m striving for more. I won’t be content until I keep getting closer.”