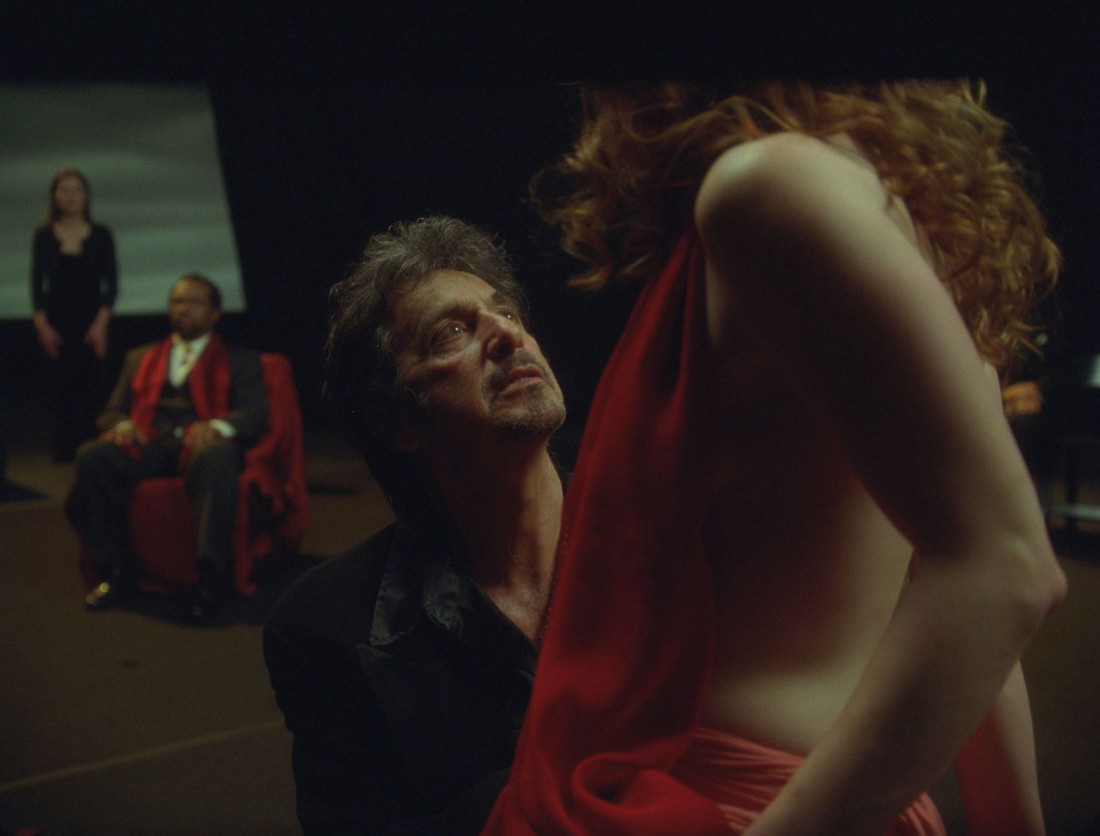 Al Pacino stars in the Oscar Wilde inspired plays, Salomé and Wilde Salomé which will be screened at Letterkenny Century Cinemas.

OSCAR Wilde inspired plays Salomé and Wilde Salomé, have been adapted for the big screen and will be shown back-to-back this Sunday, September 21, at a one-off cinema event featuring at the Letterkenny Century Cinema.

Salomé is Oscar Wilde’s most controversial work, banned in London in the late 19th Century. This scintillating tale of lust, greed and revenge follows the legend of King Herod and his lust for his young stepdaughter, Salomé, and her sexual baiting of John the Baptist.

Wilde’s adaptation has spawned multiple stage productions including an opera by Richard Strauss, and influenced work by musicians including Nick Cave and U2.

Pacino first saw the play performed in London in 1988 with Steven Berkoff in the role of Herod, and the work and performance took an obsessive grip that led him to undertake one of the most challenging projects of his career.

He too played Herod on Broadway, but it was only after witnessing the arresting performance of Academy Award nominee Jessica Chastain (The Help, Zero Dark Thirty) at the Wadsworth Theatre in Los Angeles, and with an intensifying desire to learn more about Wilde, that Pacino felt compelled to commit the project to film.
The result is a fascinating double feature; Salomé, a filmed version of the play and Wilde Salomé, a documentary that captures the enormous challenges Pacino faced in performing in the play while simultaneously directing these two features.

Wilde Salomé follows his journey to Europe to understand more about one of the literary geniuses of the 20th century, Oscar Wilde, and is unlike any other documentary.

It is a profound vision that explores religion, literature, politics, violence and sexuality from one of the world’s greatest artists.

Following the presentation of both films, Stephen Fry will host a question and answer session with Pacino and Chastain at BFI Southbank which will be broadcast live to cinemas across the UK. Fry is an ideal choice as a lifelong admirer of the playwright and having played the title role in the 1997 feature film, Wilde.