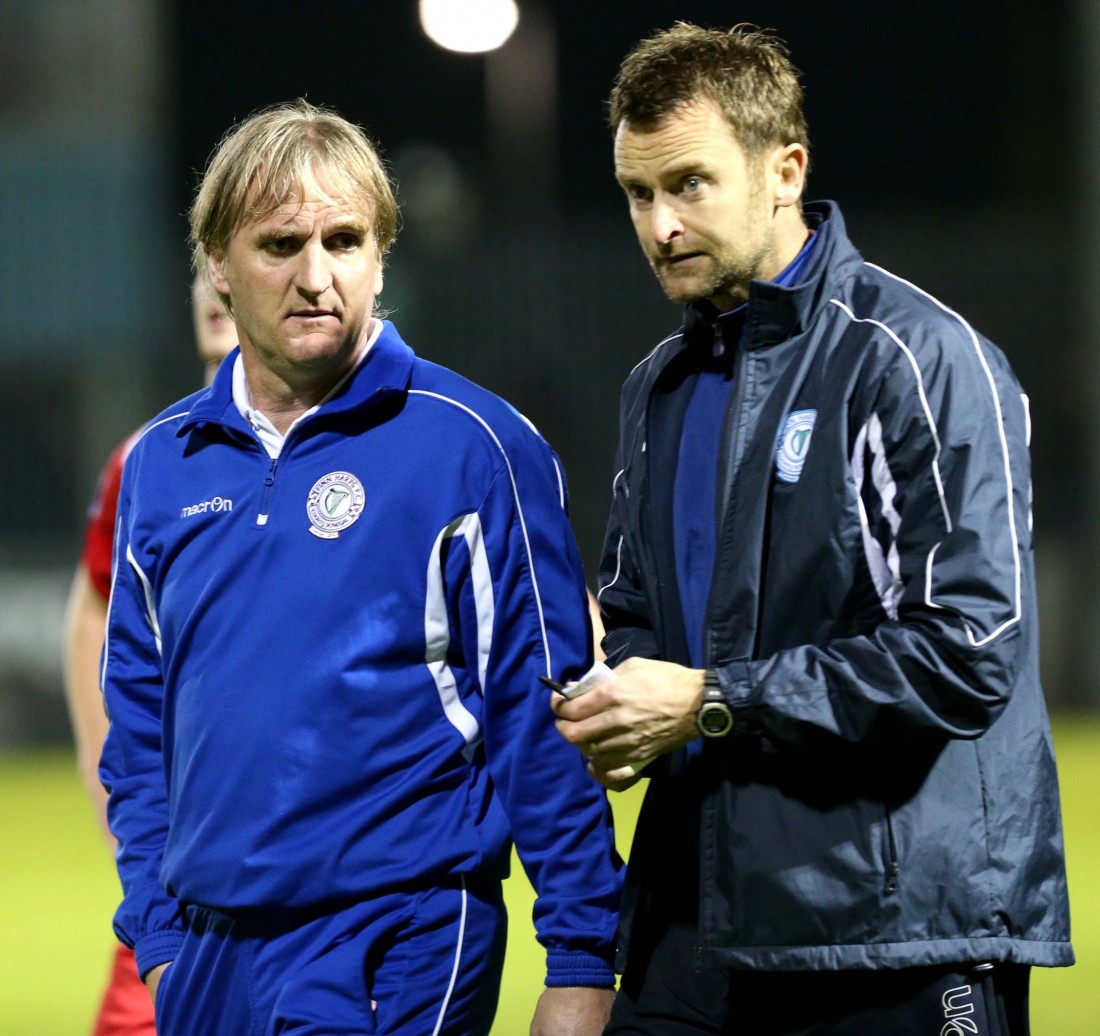 FOR only the third time this season, Finn Harps recorded a League win at Finn Park on Friday night, but the manner of the 3-2 win over second-placed Shelbourne was an albeit late sign of what Ollie Horgan’s side is capable of.

Their problem has been goals and consistency.

Harps will also point to the eleven drawn fixtures when they examine why they find themselves out of contention for the play-off positions, but Friday’s win outlined that the Ballybofey side mightn’t be as far off as the standings suggest.

“It isn’t often you’ll play better football than Shelbourne, but we did,” Horgan said.

“It’s just come a little bit too late. It’s a pity we didn’t kick on like that earlier in the year.

“If we had gone and won the game against Wexford – when we missed a penalty to go 3-1 up – who knows?”

Horgan was able to welcome Packie Mailey back into his side, but the list of absentees wasn’t put up by the Harps boss as an excuse. Throughout the season Harps have been dogged by injury and, particularly, by suspension.

“That isn’t an excuse for the poor performances against Shamrock Rovers B and Cobh,” he added.

“We had two very tough games before the Galway game. It has been difficult to get consistency out of them. You can see what they do on their day, but we don’t get to that level enough for my liking. That’s another challenge.

“We couldn’t score against Shamrock Rovers B here or against Cobh away – the bottom two teams – and then we get three against Shelbourne, a team looking to win this League. The lack of consistency is disappointing.”

A week out from an FAI Cup semi-final – the club’s first in fifteen years – against St Patrick’s Athletic, Horgan was delighted with how his side got over Shelbourne.

Michael Funston’s pair of second-half goals secured the three points. Gareth Coughlan’s opener was cancelled out by Damien McNulty and it means that for the first time in 29 months Harps had come from behind to win a game.

“It was a tight game. We played some good football on the counter-attack. We made two very poor mistakes for the goals Shelbourne got, but I’m happy with the performance bar those mistakes.

“There was good football by both sides.

“The first goal was a mistake by Tommy McMonagle, but to be fair he responded well and had an excellent game.

“The goal was against the run of play, Gareth Coughlan got in on the endline and, all of a sudden, it was a one-on-one. He took it well, as he does. We played well up to that and were probably the better side so we were disappointed to go a goal down.

“We responded well from a set piece, although it was probably from a mistake by Nathan Murphy that Damien McNulty scored.

“From there on, the game could have gone either way, but we shaded it.”

Harps had lost three League games in a row before Friday night, but they now prepare for one of the biggest weeks the modern-day Harps have had.

However, they must first travel to Wexford Youths for a re-arranged League game on Tuesday night before they take on Liam Buckley’s St Patrick’s Athletic on Sunday at Richmond Park in the Cup semi-final.

“I’m not happy with the scheduling of the Wexford game,” Horgan said.

“I know Pat’s are on Tuesday night also (St Pat’s are at home to Bohemians), but they aren’t going from Donegal to Wexford and losing a night’s sleep because of it.

“So be it, that’s what the powers that be have decided, but we really could have done without it. Traveling up and down and losing the night’s sleep isn’t ideal preparation.”