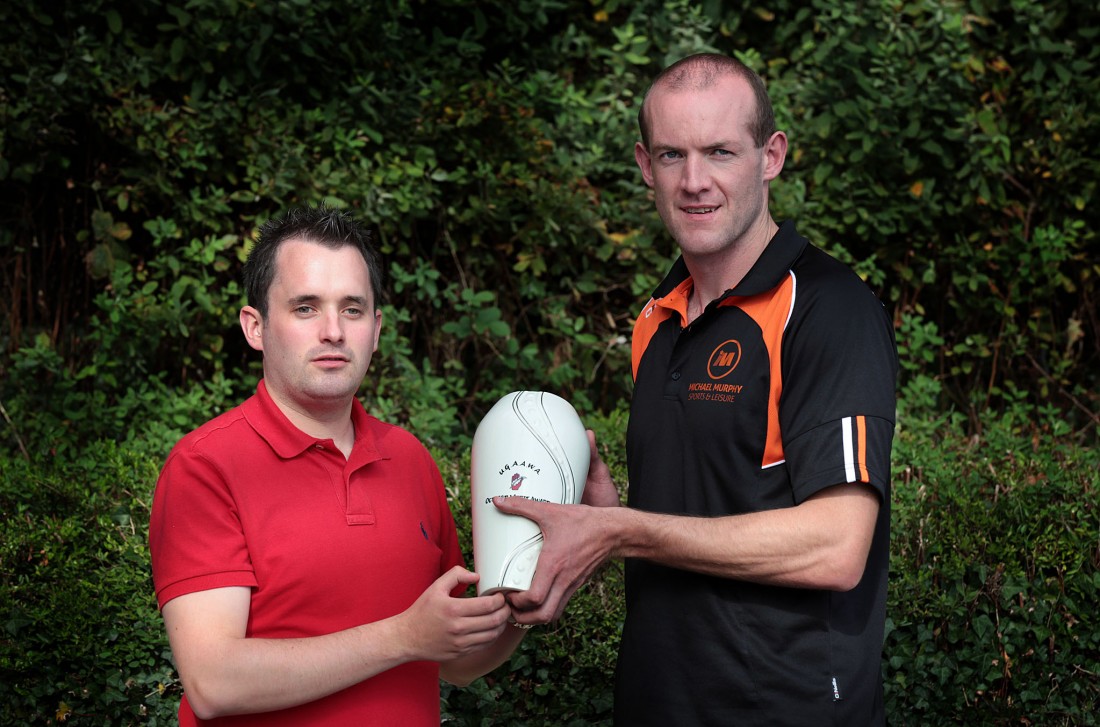 WITH the variety of top class action right across the various genres of the GAA, selecting a winner of the Ulster GAA Writers’ Merit Award for August was something like picking the winner of the Grand National but, after much debate, it was Neil Gallagher who got the nod.

Donegal’s overall display in beating the team that most pundits said couldn’t be beaten – Dublin, of course – in the All-Ireland SFC semi-final was one of the highlights of the year and many of the Tir Connail players could well have been chosen for the award.

Ryan McHugh was our July winner and his will-‘o’-the-wisp performance against the Dubs certainly stamped him as a potential August winner, as well. Fermanagh’s Caroline Little led her team to the All-Ireland Intermediate Football final, playing a captain’s role and hitting 2-6 from midfield against Roscommon while Donegal minor manager Declan Bonner guided his young lions into a historic All-Ireland U18 decider.

However, Gallagher’s mighty display against Dublin, when he seemed to have a telepathic understanding with his goalkeeper Paul Durkin, outshone the deeds of the other contenders.

“I’m really surprised at winning this award,” said the modest Glenswilly man who does not make predictions about upcoming matches but keeps his counsel to himself. He does his talking on the field and not at press conferences.

“Naturally, I’m very pleased about being honoured with the August award and I appreciate the gesture but there were many others who deserved this award.”

That’s the type of man Neil Gallagher is. He has his own thoughts about Sunday’s All-Ireland final with Kerry but he keeps them to himself. Also, the semi-final is over and what happened in that game is now history. It was a pleasing result for Neil and his Donegal colleagues but a new challenge lies ahead.

Gallagher, now in his tenth season with the Donegal senior football panel, is something a “fans’ favourite”, having played 121 senior games with his county.

Neil, of course, already has an All-Ireland SFC medal among his treasured possessions after scoring a late point in the final against Mayo, two years ago. He, also, has two Donegal SFC medals won with Glenswilly and another important trophy is the winner’s medal from the 2007 National Football League, as Neill captained Donegal in that successful campaign.

The Donegal county Council engineer has recently joined up with his county captain Michael Murphy off the field as well as on it. They are partners in Murphy’s new sports shop in Letterkenny and the business couldn’t have opened at a better time.

As his award, Gallagher receives a specially designed and engraved Belleek Living vase, hand-made silver Cuff Links from Garrett Mallon, Carlingford Design House, a sports voucher from the UGAAWA and two tickets plus overnight accommodation for the UGAAWA’s 28th annual banquet at the Great Northern Hotel, Bundoran, on Saturday, November 1.