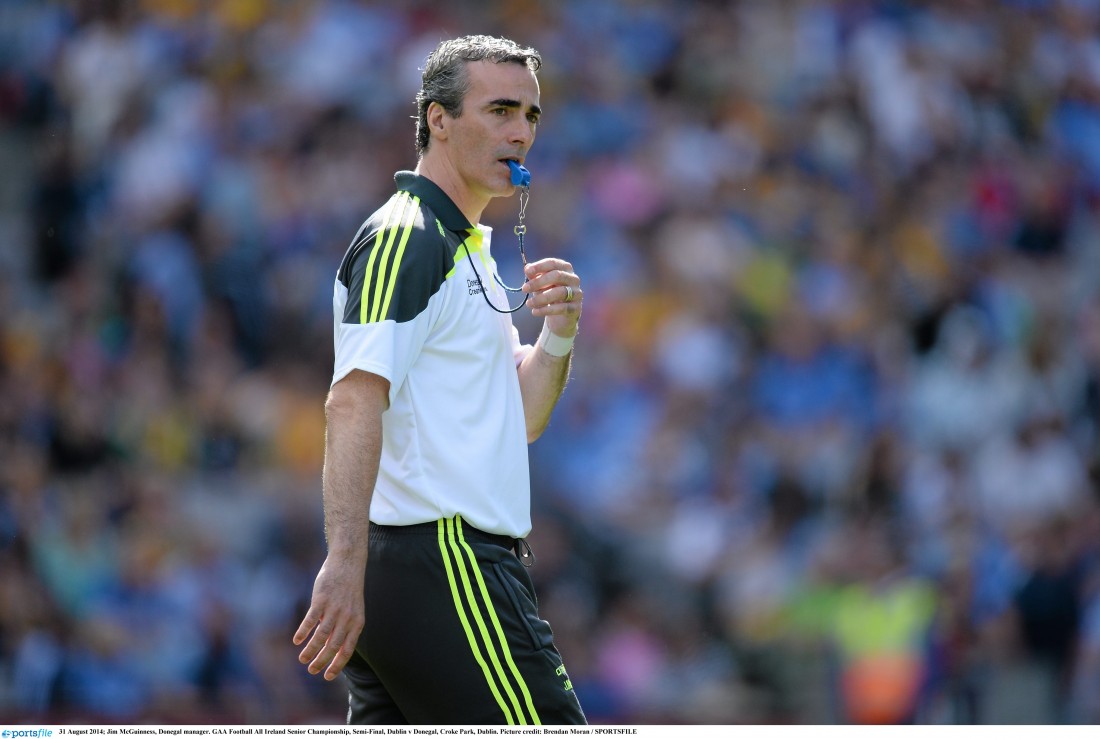 JIM McGuinness can trace much of his success back to his time in Kerry.

As he prepares to face Kerry and all the might of their 36 Sam Maguire triumphs in Sunday’s All-Ireland final, the Donegal manager thinks back to his days playing in the Sigerson Cup with Tralee IT.

McGuinness returned to school at sat his Leaving Certificate before enrolling to do a Health and Leisure studies course in Tralee.

He was in his early 20s and unmistakable. The flowing locks and jet black beard made McGuinness an iconic figure. He loved Kerry and Kerry loved big Jim.

In those days, he saw first hand what professionalism could do in Gaelic football.

Much has been made of Donegal’s training camps in Johnstown House and Lough Erne, but in 1997-98, McGuinness spent some time in a five-star hotel with the Tralee IT team ahead of the Sigerson Cup campaign.

Tralee were the hosts of the ’98 Sigerson and had won it the previous spring, creating history in breaking the university stranglehold that dated back to 1911.

“There was too much activity going on in Tralee,” McGuinness has said. “Too much nocturnal activity probably! That’s how professional they were, though.”

As he looks back now to those mornings and evenings under Val Andrews’s guidance, McGuinness took more than a Higher Certificate back from Tralee.

Even now, he can feel that influence rubbing off.

McGuinness broke bread with a posse of Gaelic Games correspondents in Ballybofey recently and gave an outline of what was involved in preparing a team for the Sigerson Cup of the late 1990s.

“It was a wake up call in many respects,” McGuinness said.

“We trained four days on and three days off and we trained twice a day – seven in the morning and evening. We had gym and pitch sessions in Kerins O’Rahillys.

“Seamus Moynihan, for example, was living in Glenflesk and Jack Ferriter was in Dingle; they were travelling. They were leaving to be in Tralee for seven so were on the road before six – and Seamus didn’t have to prove anything at that stage.

“So that was a wakeup call – when you were going away, every hour was on the flip chart and organised and structured. It was good to be in that environment.

“We had Padraic Joyce and Michael Donnellan and all these players, six or seven of the Kerry players who won an All-Ireland that September.

“It was a great dressing room to be involved in and it was great fun. The whole team used to go out on a Thursday night together and there was great camaraderie.

“It was just so structured. Pat Flanagan, who had trained the Kerry team was training the college team. Val Andrews was the manager and Alan Ringland  was the psychologist.

“It was similar to what DCU and those colleges are running now but it was seventeen years ago. So it was good to see what was going on and when I was going back to Donegal…we weren’t on that level.”

During his time in Tralee, McGuinness convinced Moyniham to take him to Kerry training one evening. Even then McGuinness was looking for the edge, but it didn’t last long. Páidí Ó Sé wasn’t entertaining the visitor. 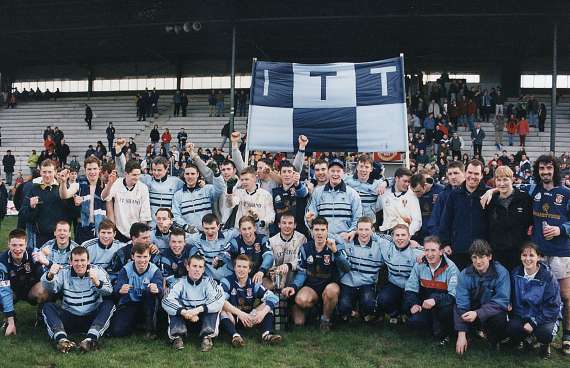 Jim McGuinness (back right) with the Tralee IT team in 1998

While in Tralee, McGuinness resisted a move to play his club football in Kerry. In those days, Naomh Conaill were nothing near the senior force they have come to be regarded as, but McGuinness set the example.

From Glenties to Tralee is a 417-km journey one way. McGuinness made the trip every week to pull on the Naomh Conaill blue.

“I don’t think I missed a league game for my club, definitely, because we were trying to ground ourselves at that stage so I felt that was important,” he says now.

“People talk about those sacrifices but it is not a big deal. You are driving up the road because you are looking forward to the game and you want to play in the game. But it is great to be down there and it is even better when you are successful because you have bonded.

He lived the Kerry way and now his Donegal players, unbeknownst to themselves, are learning the lessons McGuinness picked up all those years ago in the Kingdom.

He says: “You always hear about the lovely Kerry footballer and the natural footballer and that. But in my experience of Kerry they were so professional and dedicated that I don’t know if natural is the right word for them.

“They were so dedicated to making themselves better that they look natural, if that makes sense.”

McGuinness’s Donegal returned yesterday from a training camp at Lough Erne near Enniskillen having previously had a five-day camp in Johnstown House in County Meath before their All-Ireland semi-final against Dublin.

Their success has created an unbreakable bond and a spirit that has been very evident.

“If you believe you have done all the right things and worked really hard and earned it together,” McGuinness says.

“That bond stays and in maybe twenty years, you might have somebody from Letterkenny meeting someone from Gweedore, spotting them across the street and it is there, you know. It never leaves and it is probably never leaves a lot of the minds of supporters as well so it is a very special thing.”

McGuinness has hailed his players for buying into the ways he’s asked.

He says: “When they’re at themselves and they’re fully focussed they’re a joy to work with. From a coaching point of view, an absolute joy.

“I have had experiences of players who were really good players with a bad attitude. It’s very frustrating to coach someone like that. It doesn’t happen with our lads.

“They work really hard and they push really hard. They try to push themselves to the border, to the edge of their intensity. They try to move forward and so many of them, even the seasoned players, who have made progress on their weak side over the four years.

“For me, it’s that whole thing and the journey with them.