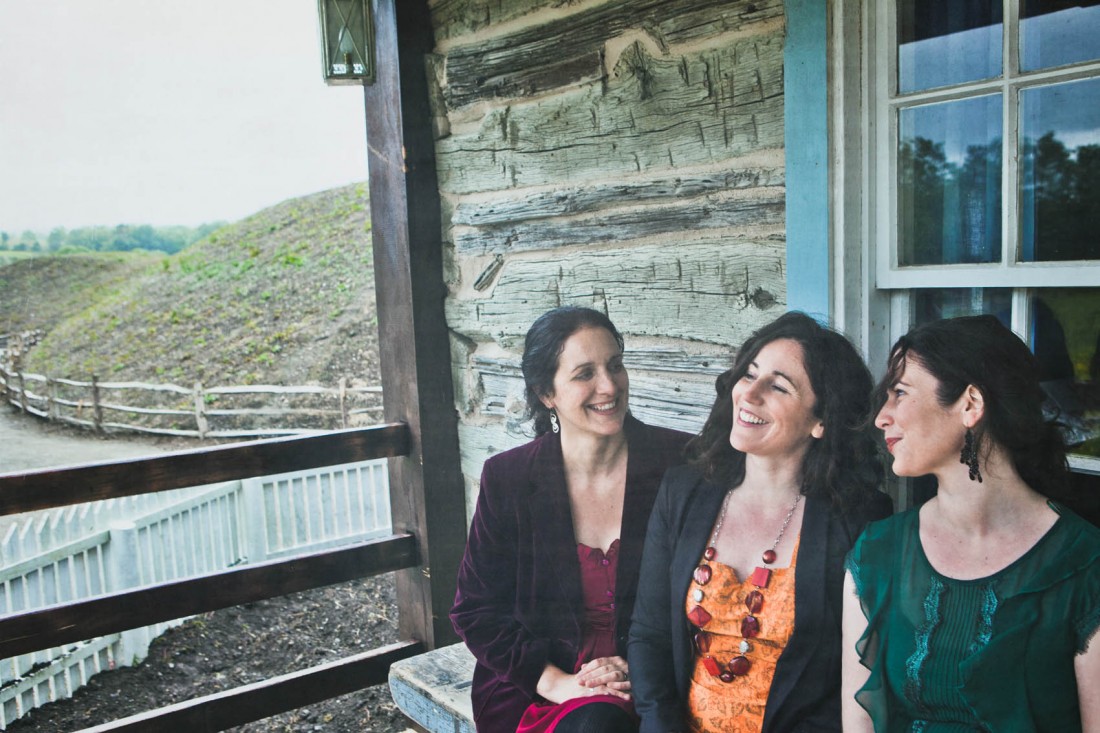 BY SEÁN P. FEENY
FOR the first time since they launched their latest album, Malin’s Henry Girls are looking forward to performing in their native county this October.

The popular sister trio of Karen, Lorna and Joleen McLaughlin launched yet another hugely successful album, Louder Than Words, at An Grianán Theatre, Letterkenny, last February.

Since then the Henry Girls have kept busy performing everywhere from The Netherlands to Sweden and things are certainly not slowing down. The sisters have a packed two months ahead of them which includes two performances in Donegal, supporting Irish legends Clannad on their Irish tour and a 17-date Germany tour.

To begin with, the girls will be giving an intimate performance at McIntyre’s Bar, Dunkineely, as part of the Donegal Bay and Bluestacks Festival.

The sisters have performed at the annual festival on several occasions, but this will be the first time they perform at McIntyre’s on Thursday, October 2 thanks to the invitation of friend and fellow musician, well-known Dunkineely fiddle player Aidan O’Donnell (Fidíl).

Of course there is no better place to perform than in front of a home audience and therefore the sisters are really looking forward to performing in McGrory’s of Culdaff on Saturday, October 11, as part of the Macklin Festival.

Lorna said: “It’s been a while since we played at home so we are really looking forward to it. McGrory’s is such a great venue and it gives us a chance to play some new songs.”

On the night the Henry Girls will be joined in The Backroom by well-known Letterkenny guitarist Ted Ponsonby, talented Glenties fiddle player Denise Boyle and Buncrana drummer Lawrence Doherty of Quarterdeck and The Pyros fame.

Support on the night will come from fellow Inishowen native Siobhan Shields and her seven-piece band. Siobhan, in fact, was a co-founder of the Inishowen Gospel Choir along with Lorna.

At the end of the month the Henry Girls will be making their very first trip to Iceland for two performances. While headlining their own music at a show in Cafe Rosenberg, Reykjavik, on October 24, the sisters will also be part of a very unique collaboration.

Lorna and Karen will be joining Joleen in a performance of The Teelin Voyage (Imramh Theileann), a special commission by Donegal County Council for the Earagail Arts Festival, which the youngest of the sisters was part of a number of years ago.

Following performances of the commission in Donegal and Norway, this will be the first time The Teelin Voyage will be performed in Iceland.

Lorna said the visit to Iceland also gave the sisters an opportunity to perform their own music there, as well as visit their sister Maureen who lives in Iceland with her partner, none other than Vilbergsson, and daughter Greta. The two met while the guitarist was spending time in Donegal.

Upon their return, the sisters will look forward to joining another Donegal family group on their Irish tour – world-renowned Gaoth Dobhair group, Clannad.

Lorna said: “The opportunity to go on tour with Clannad actually came through MCD who had shown a great interest in us after we did some other work for them.

“So when the Clannad tour came up, they asked us and we jumped at the chance. Of course, we have got to know Moya very well and we’ll look forward to getting to know the others.”

Following five successive nights with Clannad in Limerick, Cork, Belfast, Castlebar and Dublin the sisters embark on their second tour of Germany.

The Henry Girls have now been to Germany on a number of occasions and following a nation-wide tour with Fidíl and other groups, and a 23-date solo tour, the sisters are looking forward to hitting the autobahn again for 17 dates on this occasion.

Lorna said: “We are following in the footsteps in so many Irish groups, from The Dubliners, The Fureys, Clannad, Altan and many more who have done really well in Germany.

“The fans there have such a great love and appreciation for Irish music and culture, so we’ve been really lucky to play to fantastic audience there and we’re looking forward to going back. Germany is really easy to get around and the promoters we work with are great.”

It will be a very busy two months for the sisters who are getting more and more attention from abroad, and rightly so. We can’t keep the Henry Girls to ourselves forever!