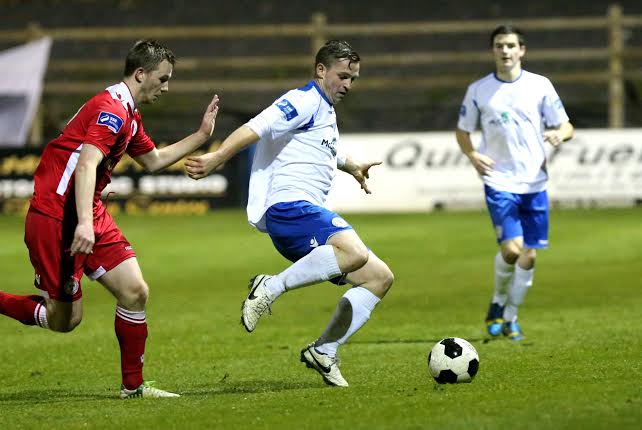 The FAI have rearranged the weekend’s League meeting at Wexford for Tuesday because of Harps’ Cup commitments at the weekend, meaning a midweek 367km trip to the south-east.

Harps are without the suspended Kevin McHugh and Keith Cowan for the game at Ferrycarrig Park, while Gareth Harkin and Michael Funston will be unavailable because of work commitments.

Horgan is expected to play some of his fringe players with Sunday seeing Harps play in their first FAI Cup semi-final in fifteen years. They haven’t been at this stage since 1999 when they reached the final.

The majority of the club’s initial 250 ticket allocation has been moved and Harps are expecting their biggest traveling support in years to be in Inchicore on Sunday.

Harps will stay in Dublin on Saturday night ahead of the game, which has a 1.45pm kick-off time. The game is to be shown live on RTE2. The Donegal League has not called off its programme of games for next Sunday – as it had done for Donegal’s All-Ireland semi-final and final – but has said it will accommodate requests for a change in kick-off time from clubs whose members want to see the Harps game.

Liam Buckley’s St Pat’s side won the Premier Division last season and theirs is a side littered with class, including Irish international Keith Fahey, Killian Brennan, Christy Fagan and Chris Forrester.

“We need to eliminate every single mistake to be in with a chance,” Horgan said.

“We know what we’re going into, but we’ll prepare as well as we can.

“On paper, we don’t have a hope in hell. Stranger things have happened, but the odds are stacked against us.”

On Friday night, Harps dented the First Division challenge of Shelbourne as a brace by Michael Funston and another from Damien McNulty gave them a 3-2 win at Finn Park.

Horgan has voiced his displeasure at the scheduling of Tuesday’s game in Wexford. He said:  “It isn’t as if we’re going to Derry or Sligo – we’re going to the far end of the country. It’s not fair, but we’ll just have to get on with it.”