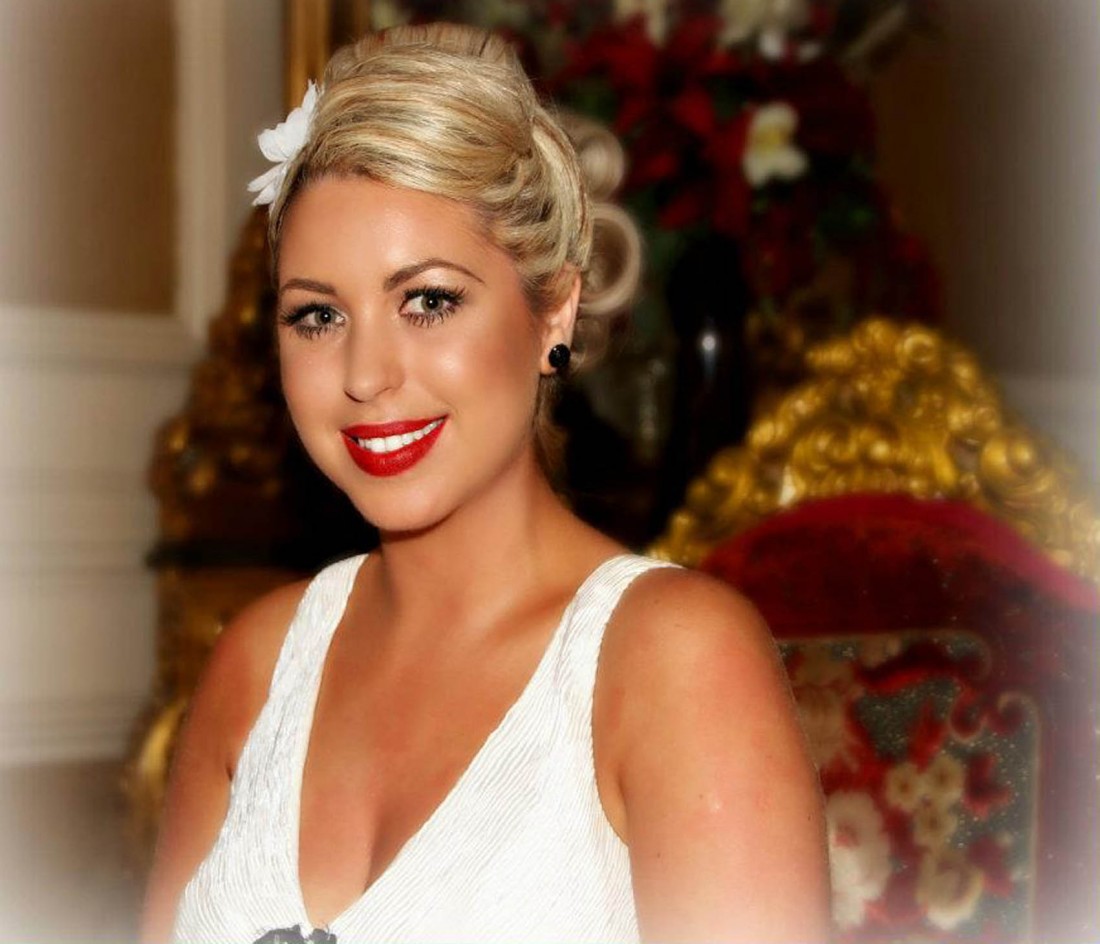 BY SEÁN P. FEENY
A YOUNG Donegal woman is getting ready to represent her native county in this year’s Face Of Ireland Grand National Final which takes place next month.

Leah Waldron from Buncrana was selected for the competition’s final last Friday at The Red Cow Moran Hotel in Dublin and will now go on to represent Donegal at the finals on October 26. Face Of Ireland is an ambassadorial search to represent Ireland at a national and international level. It also supports various Irish charities such as Mental Health & Suicide Prevention.

The Dublin-based professional skin artist accidentally stumbled across the Face Of Ireland blog while browsing from her own blog, Loulabelle Loves.

Leah is no stranger to competitions such as this having previously participated in the Rose Of Tralee Donegal selection and having proudly presented her county as the Donegal Mary in the 2012 Mary From Dungloe International Festival.

The final proceeds of this year’s grand final will go to GRASP Life foundation, a charity which supports people who have been bereaved by a suicide and a cause that the Inishowen native is very passionate about.

Leah said: “I have completed my mental health first aid, assist training and various facilitation courses along with volunteering for the past six years. My mother is a mental health councillor and I hope to follow in her footsteps in the near future.”

The Face of Ireland final is takes place on October 26 in Bewley’s Hotel Dublin where the 16 contestants from all over the country will compete in individual, group and on-stage interviews in front of a celebrity judging panel.

The winner will fly to New York to take part in the St Patrick’s Day Parade as well as attending various social functions throughout the year. The winning contestant will also be an ambassador for the GRASP Life Foundation.

The winner will also receive a holiday to Spain and hair and makeup hampers for their reigning year. “I am absolutely honoured to be the only contestant from Donegal in the final and would be over the moon to covet the title of The Face Of Ireland 2014.”