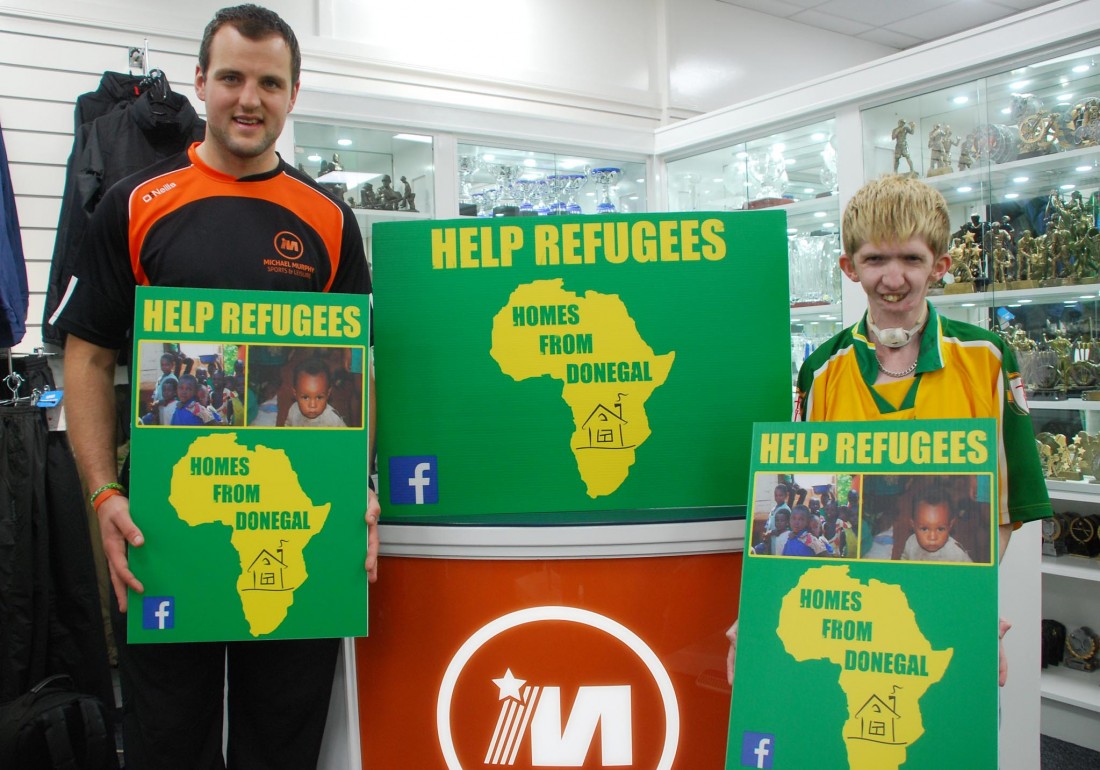 DONEGAL captain Michael Murphy and Letterkenny hero Alan Doherty have given the thumbs up to the new charity ‘Homes From Donegal’, which aims to re-house African refugees affected by war.

Appearing in an online video explaining the charity, Murphy called on viewers to not just pay lip-service to the plight of refugees, but to give generously.

The first project for Homes From Donegal is in the little-known Central African Republic, where an intense and brutal war has led to over one million people being forced from their homes to escape death at the hands of rebel groups.

Most of their homes were then burned to the ground by the rampaging gun-men.

The new charity was founded by young Stranorlar man, Tim Jackson (25), spent two months working in the Central African Republic with Caritas, an Non-Governmental Organisation (NGO) sheltering and feeding many of the one million affected refugees.

Mr Jackson, son of Beth and well-known forester John Jackson, said he hopes to send out as much help as possible to those in need.

“The situation out there is like nothing I’ve ever seen. Families who survived attacks are now living in dirty make-shift tents, with children exposed to what is often fatal strains of malaria, and all of them still without any hope of a new home,” he explained.

“We want to change all that. It only costs €700 to build a house, so I’m hoping we can make a difference in a lot of people’s lives out there.”

All money raised, he stressed, would be forwarded to Caritas who would use it to house the homeless and create local jobs in the process.
“The money is not just for rehousing people, but for creating local employment. Local people will be used to build the houses and this will be a much needed boost to the local economy.”

Volunteers have arranged a bucket collection in Ballybofey this weekend, followed by Letterkenny next week.

Mr Jackson said he has also hopes to raise €12,000 by selling custom made wristbands.

To find out more, watch the video on www.homesfromdonegal.com or visit the charity’s Facebook and Twitter pages.

For full report, see this Friday’s print edition of the Donegal News.