THE man behind Donegal’ largest refuse collection company, who has a number of convictions for illegal dumping, has appealed a decision to revoke his waste collection licence.

He had until last Monday, August 11, to apply to Offaly District Court in an attempt to have the decision of NWCPO overturned.

The (NWCPO) is based in County Offaly.

The matter came before Monday’s sitting of the court where legal representatives of the company lodged appeal papers. However, the matter has been adjourned to the September 22, sitting of the same court.

If he fails to win the case, it could close the company.

The moves comes following last October’s bizarre hearing at Letterkenny District Court where Ferry, of Rossbracken, Manorcunningham, was convicted and fined €12,000 and was also ordered to pay Donegal County Council a total of €30,750 in costs.

He was found guilty by Judge Paul Kelly after a dramatic and eventful three-day hearing which made local and national headlines.

The case followed an extensive undercover investigation into Ferry’s illegal dumping activities at lands he owned in front of his mother’s house at Derryreel, near Falcarragh.

The court heard that the father of six had previous convictions for illegal dumping.

He was charged with eight counts of illegal dumping at Doire Uí Fríll, Falcarragh, on June 10, 2010.

One of the men was wearing a hi-viz jacket with the name ‘Ferry Refuse’ emblazoned across the back of it.

The recordings were made by the council’s Waste Enforcement Officer, Mr Dearn McClintock, who was taken to the isolated location by an anonymous member of the public.

Ferry’s barrister, Mr Sean Gillane SC, asked that a number of the charges be struck out on a technical matter.

However, Judge Kelly refused the application.

An appeal against Judge Kelly’s decision was withdrawn at the March sitting of Donegal Circuit Court. 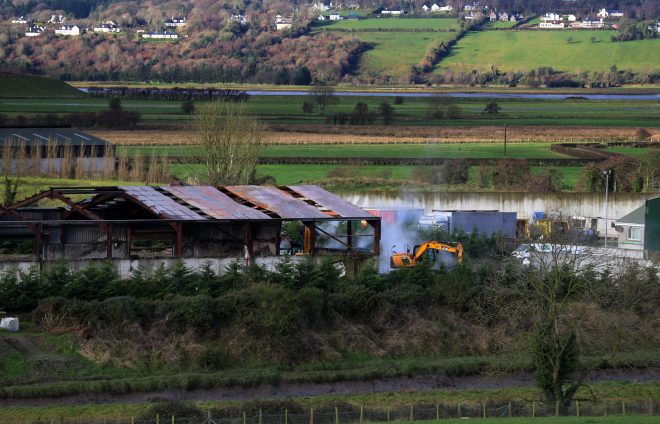 Work starts in cleaning up illegal dump in Donegal

Much of the waste had been buried at locations around the 11-acre site at Rossbracken or stored in sheds...