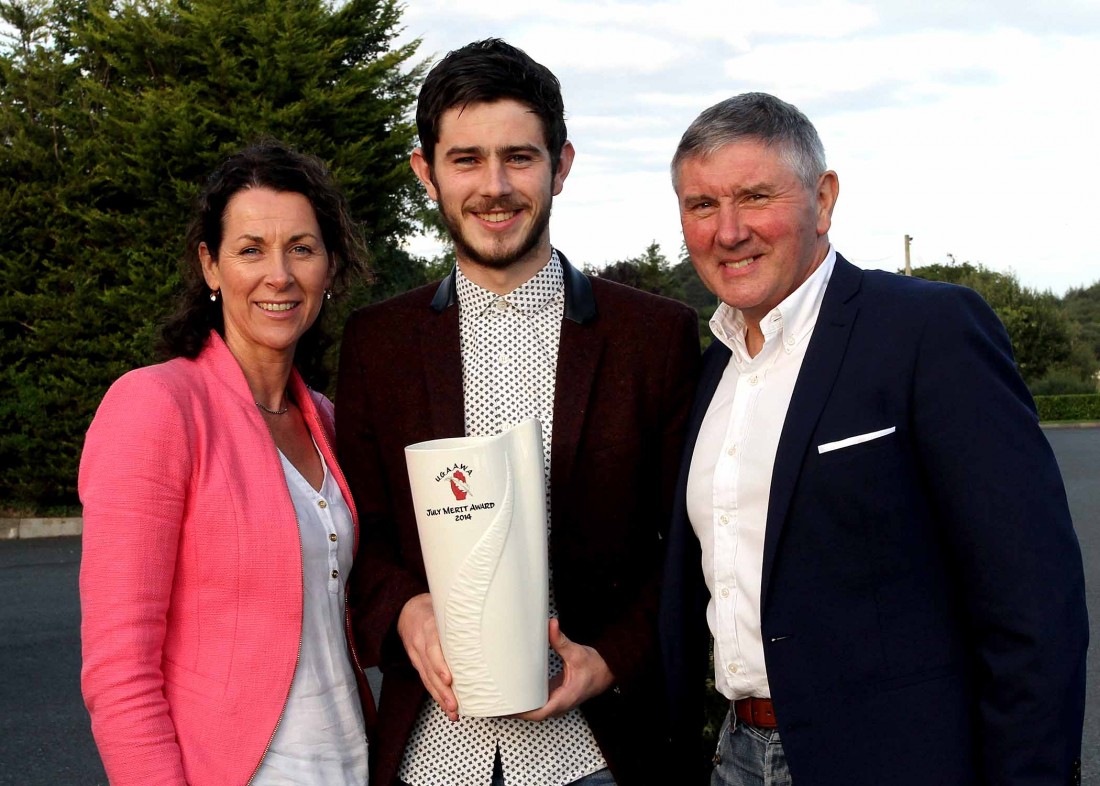 TRADITION dies hard, especially in the McHugh household as it seems to be a case of ‘like father, like son.’

That’s because if one wins the Ulster GAA Writers’ Monthly Merit Award the others must follow suit and now the hat-trick has been completed.

Ryan McHugh, after the sparkling display with Donegal in the Ulster SFC final against Monaghan, is the winner for July 2014 and, in the presence of his father Martin, who set the ball rolling, the 20-year-old collected the honour at a reception in Quinn’s Corner on Monday.

“It is good to win such a prestigious award,” enthused Ryan, “and it is good to keep the family tradition going.

Dad Martin won the monthly honour for November 1995 while Mark followed up with success for August 2012. Martin was also named ‘Male Footballer of the Year’ for 1989 and 1992.

“The young ones will never be able to lace the auld fellow’s boots,” cracked Martin.

Ryan’s swashbuckling display against Monaghan was an amazing combination of skill, speed and stamina as he covered every inch of the Clones pitch.

Apart from rifling over a telling point, he also set up scores for his colleagues and prized open the Monaghan defense with his darting runs, normally down the left wing. He was too hot to handle for the opposition.

Ryan said: “Yes, we had a good win over Monaghan but they were a tight team to break down. Now we are looking forward to the All-Ireland quarter-final against Armagh next Saturday.”

So far, Ryan has collected two Donegal minor and two under-21 championship medals with Kilcar teams, an All-Ireland Vocational Schools’ medal with Donegal and his biggest award, so far, an USFC medal last month.

He is spending his summer holiday from Sligo IT, where he is studying a Business degree, by working with McM Spirts, his dad’s company.

Ryan wins the UGAAWA Monthly Merit Award for July 2014 ahead of his manager Jim McGuinness, who plotted Monaghan’s downfall, and Antrim hurler Conor McCann who gave an outstanding display against Offaly in the All-Ireland SHC qualifier.

The winner receives an engraved Belleek Living Vase, compliments of the Belleek Pottery, engraved silver cuff links from Garrett Mallon Jewellery, Carlingford, training gear from O’Neill’s International Sports and a sports voucher from the UGAAWA. He will also receive two tickets plus overnight accommodation for the UGAAWA 2014 banquet in the Great Northern Hotel, Bundoran, on Saturday, November 1.