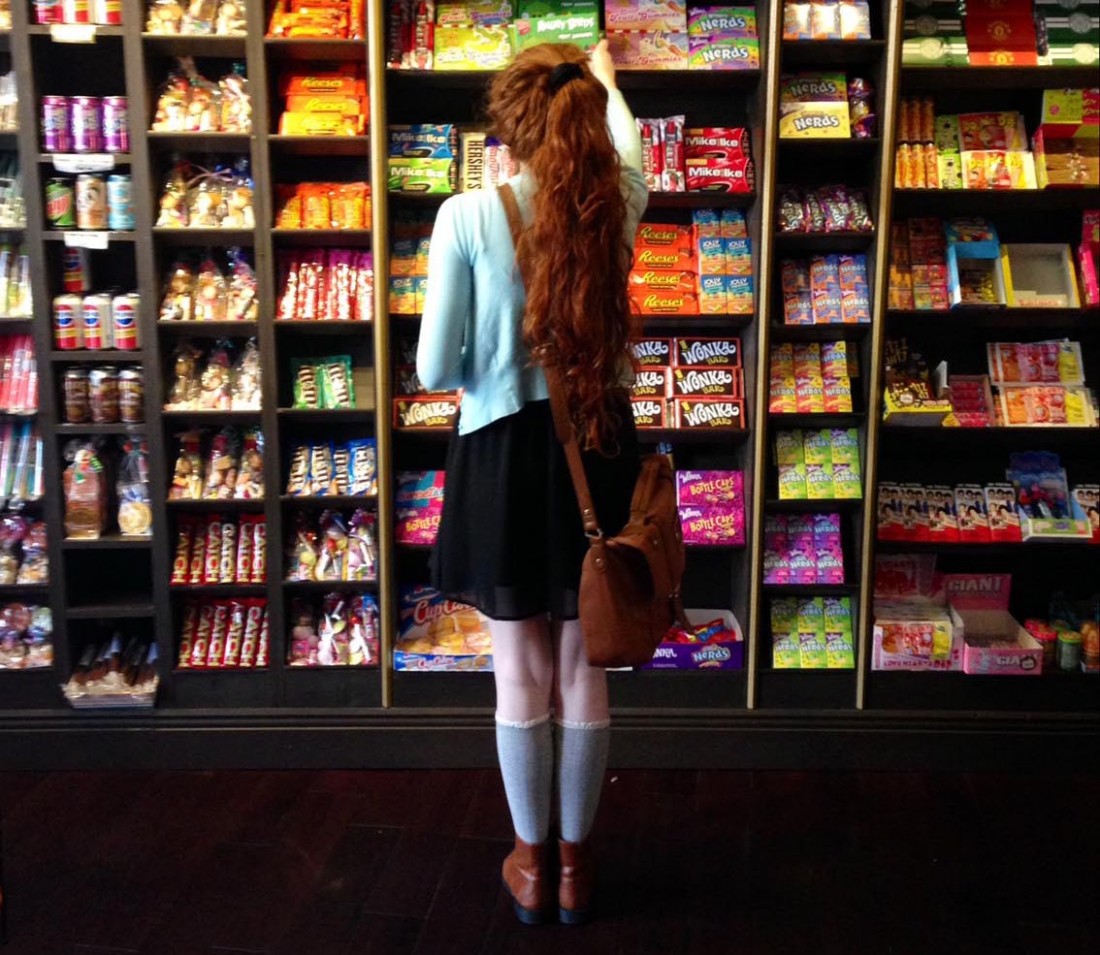 Before: Katie’s sister Niamh captured this sweet picture showing her long ponytail just a few weeks before she got her hair cut.

RAPHOE teenager Katie Porter – who got her Leaving Certificate Exam results last week – celebrated her transition to college in an unusual manner this week when she got a whopping 14 inches of her hair cut off for the Rapunzel Foundation.

The former Deele College student who will commence a degree in Theatre and Drama at Cork School of Music next month, had decided upon her own dramatic gesture last year, and then began growing her hair for the purpose.

“I had heard about the Rapunzel Foundation ages ago and I’d been growing my hair for well over a year then with the aim of getting it cut for the foundation.

“A lot of people know me from singing or from being on stage, but my hair has been always one of the features that people remember about me. Only last week someone asked me if I had been in Les Mis in Derry because they recognised me by my hair.”

Katie had indeed been in the recent performance of Les Miserables in the Millennium Forum, going straight into rehearsals there as soon as her exams were finished.

“It was great to be able to go straight into a show after all the weeks of studying and exams. Everyone involved were so dedicated and the show was brilliant. I made a lot of talented new friends,” said Katie.

That show was Katie’s first in Derry but she’s almost grown up on the stage at An Grianan and loves the place so much she even held her 18th birthday party there.

“I’ve been in shows in An Grianan since I was about 7 or 8 and I have learned so much from the wonderful people I’ve worked with there,” said Katie.

“It was funny to see my friends’ reactions after having my hair cut at LK Hair Design. It’s great thing to do and I’m hoping that maybe other people might consider doing the same now too.”

Katie also said lots of people have been in touch to ask if they could sponsor her after they saw her pictures on Facebook.

“Donating my hair was my donation to the Rapunzel Foundation but I think that if anyone wanted to make a donation they should keep a look out for events in September as part of Light it Up Gold for the Children’s Cancer Foundation and perhaps donate to that,” she said. 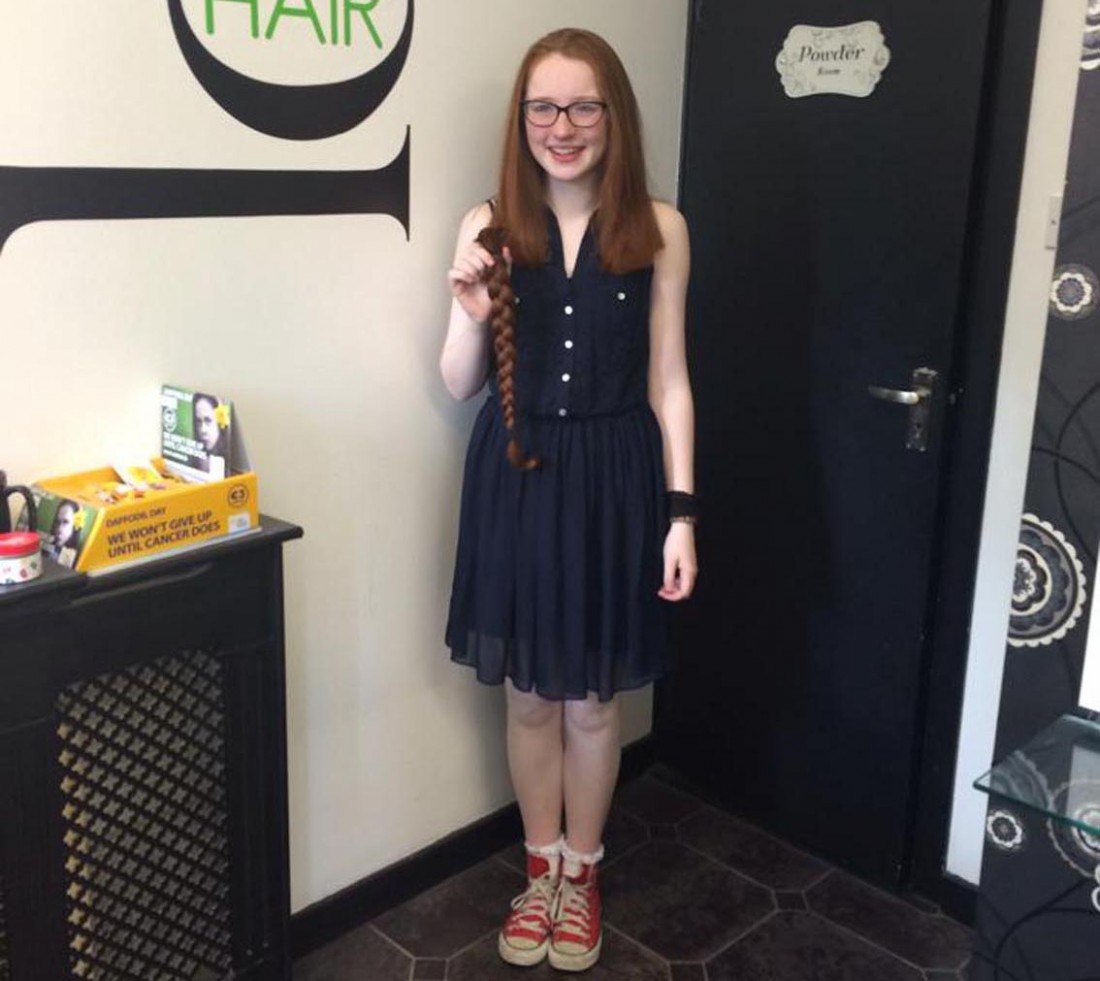 Katie after having hair cut.