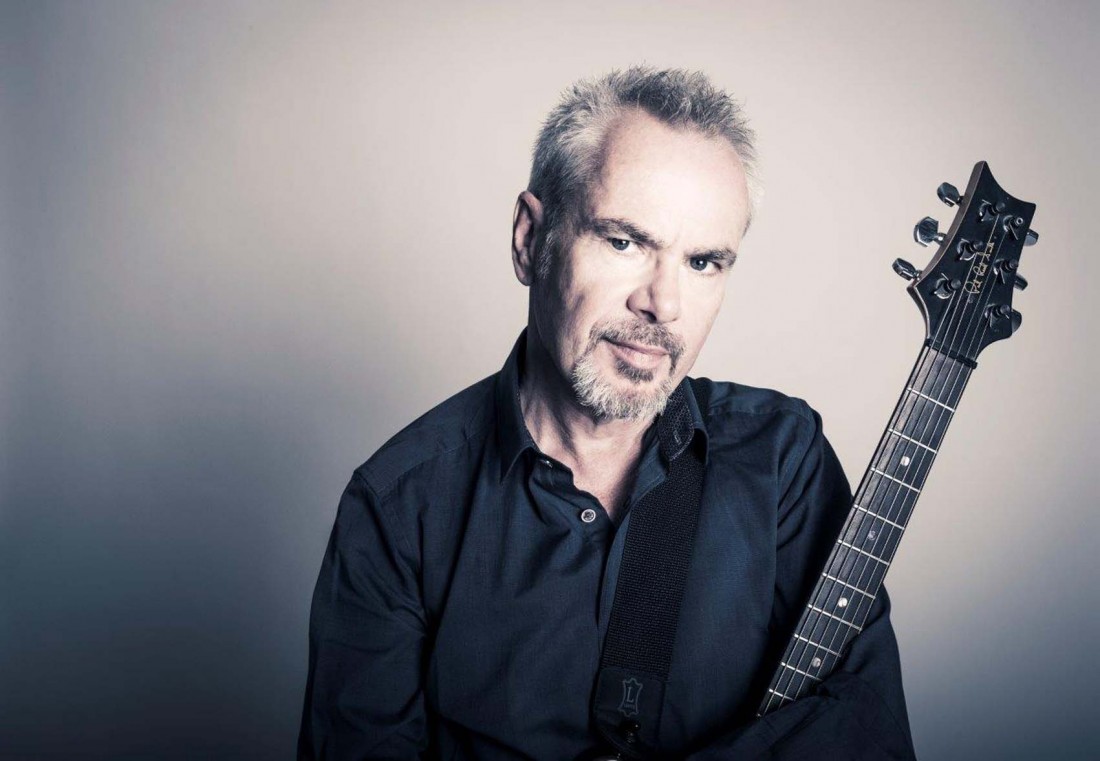 BY SEÁN P. FEENY
NEXT month one of the biggest pop stars of the Eighties will make his way to Letterkenny for a special performance at An Grianán Theatre.

It is thirty years since Nik Kershaw first enjoyed world-wide chart success and to mark this milestone he is performing several dates around Ireland and the UK on his ‘Me, Myself and I – A Solo Retrospective Tour’.

In an intimate performance at An Grianán on Thursday, September 4, Nik will performing songs tell tales from his impressive career and take questions from the audience.

This is a rare opportunity to experience an intimate evening with the man, famously described by Elton John as ‘one the best song writers of a generation’. He said: “I’m not writing as much for others as I used to. I took a break for a few years and started writing again around 1998.

“But these days I would be a lot more selfish about my songs and keep them for myself as the good ones don’t come along as much as they use to,” he laughed
The affable singer has been doing the odd festivals recently, but this will mark the official start of the celebrations as Nik also looks forward to touring Ireland.

“I first played in Ireland in 1985 and I did an acoustic tour about five or six years ago, but other than I’ve just been over visiting friends of mine in Clonakilty, West Cork. Unfortunately I won’t have time for sight-seeing, but I am playing at least one place I haven’t been to before.”

Nik’s greatest hits include The Riddle, Wouldn’t It Be Good, Dancing Girls, I Won’t Let The Sun Go Down On Me, Gone To Pieces, Shame On You, Cloak & Dagger and Human Racing.

Nik has also written a number of hits for other artists, including The One And Only, a number one hit all around the world for Aussie singer Chesney Hawkes.

“I’m not quite sure what songs I am going to play on the tour, I have yet to decide one which set I am going to put together, but of course all the hits will be in there. I also have a light designer working with me and there will be a multimedia experience.”

Nik started playing the guitar when he was 15 and soon started serving his time on the circuit playing in band performing everything from ‘Cole Porter to the Birdie Song’.

Eventually he would hit the big time and very early in his career he would be part of one of the biggest musical events of all time, Live Aid at Wembley Stadium in 1985.

“Being part of it was totally awe-inspiring, I don’t think any of us who were performing on the day could grasp how big this was going to be. I was so terrified going on stage that day, but looking back it was an absolute privilege being part of it.”

Over the years, Nik Kershaw has collaborated on albums with artists including Elton John, Bonnie Tyler and Gary Barlow. In the early 90s, Elton John contacted Nik asking him to be part of his upcoming new album Duets which was released in 1993.
Nik said: “Elton’s phone call came totally out of the blue, it was just random. I was being lazy at the time and just enjoying playing rounds of golf and spending time with the family when Elton called me and asked ‘Do have any songs?’.

“I told him I didn’t and he asked me if I could have a couple of songs by Saturday. How much more motivation do you need than Elton John asking you to write a song for him,” he laughed. The song they eventually recorded on Elton’s album was the fantastic Old Friend.

Nik said the bulk of fans coming to his concerts are of a certain age who listened to his music during their formative years, but then they bring their children with them and then there are also those who discovered his music from 1998 onwards.

“It’s totally gratifying to be able to do this and that they let me go on stage thirty years on. It’s hard to believe that so much time has past and when I accidentally catch myself on YouTube I think ‘Who is that bloke?’. It’s a long time ago, but it seems like yesterday.”

Don’t miss Nik Kershaw at An Grianán Theatre, Letterkenny on Thursday, September 4, at 8pm. Tickets are available from Tel 07491 20777 or www.angrianan.com