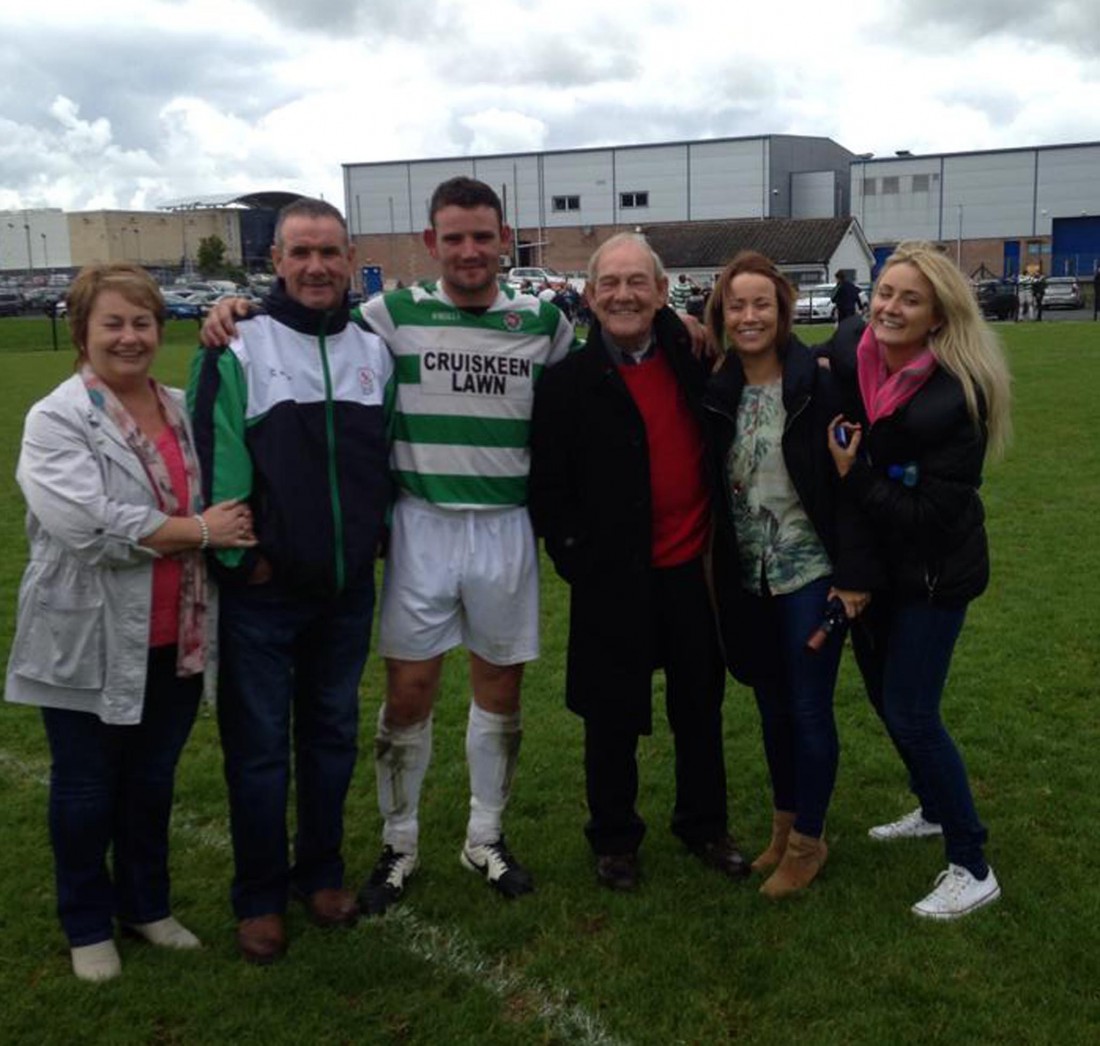 IT’S been quite the couple of weeks in the Friel household in Buncrana.

On Sunday, Garbhán Friel was the toast of Cockhill after his brilliant hat-trick netted a third Ulster Senior League title in five seasons – and the second in succession – for Cockhill Celtic, who now go in search of a ‘double double’ when they bid to retain the Donegal News Ulster Senior League Cup in Saturday’s final against Swilly Rovers at Leckview Park.

The previous week, his father Stephen was playing a central role at the Commonwealth Games in Glasgow. Alongside John Conlan and Eddie Bolger, Illies Golden Gloves clubman Stephen was one of the coaches to the Northern Ireland team which returned nine medals from eleven boxers.

“It’s been a great couple of weeks,” Garbhán said.

“Daddy puts in so much effort at the boxing, it was great to see him get the rewards. Coming back with nine medals was unreal and it’s been great in the house watching him get the success he deserves. It’s great for us all.

“It doesn’t just happen. You have to put the work in over the weeks and months beforehand. It speaks volumes for him.

“It’s the same with us in Cockhill. The committee here do an awful lot for us. There’s no messing. We have a lot of the best players in Inishowen, everyone is pulling in the one direction and there’s a real fight for places on the team.”

Four years ago, Stephen – who recently got his three-star coaching status – and Michael Hawkins took a Northern Ireland team to New Delhi and returned five medals: Three golds for Paddy Barnes, Patrick Gallagher and Eamonn O’Kane as well as silver for Steven Ward and Thomas McCarthy.

Friel was again a regular feature in the NI corner in Glasgow and what an experience it was. Barnes and Michael Conlan returned with gold, while Michaela Walsh and Joe Fitzpatrick claimed silver medals with bronze laced around the necks of Alanna Audley-Murphy, Sean Duffy, Steven Donnelly, Connor Coyle and Sean McGlinchey.

Garbhán Friel moonlights in the ring on occasion, having featured on an Illies GG show over the winter, but his canvas is grass.

Last Sunday, he netted a first half penalty against Letterkenny Rovers before adding two headers in a three-minute spell early in the second half to steer Cockhill over the line in their pursuit of League glory.

“It was just my day,” he said. “It’s special and it does make it feel a bit sweeter.

“We were one down and then 2-1 down. The heads were down, but we got the heads together and got the two quick goals. We were comfortable after that I felt.”

The big striker had a brief stint at Finn Harps during the 2011 season, making seven appearances before returning to Cockhill.
Manager Donal O’Brien believes the powerful hitman could still make the step up.

“He’s collossal for us,” O’Brien said.

“He’s a boy who just gives everything. He’s gone from strength to strength and I have no doubt that there is more to come from Garbhan Friel – much more. I can’t understand why he’s not playing for Finn Harps or why even Derry City don’t have a look.”

Friel’s mind is firmly focussed on the Cup final. He said: “We know all about Swilly. They’ve beaten us twice already this year and with Laurence Toland and Gareth Wade, players like that are top players. We’ll be up against a big challenge, but we’ll be going all guns blazing.”