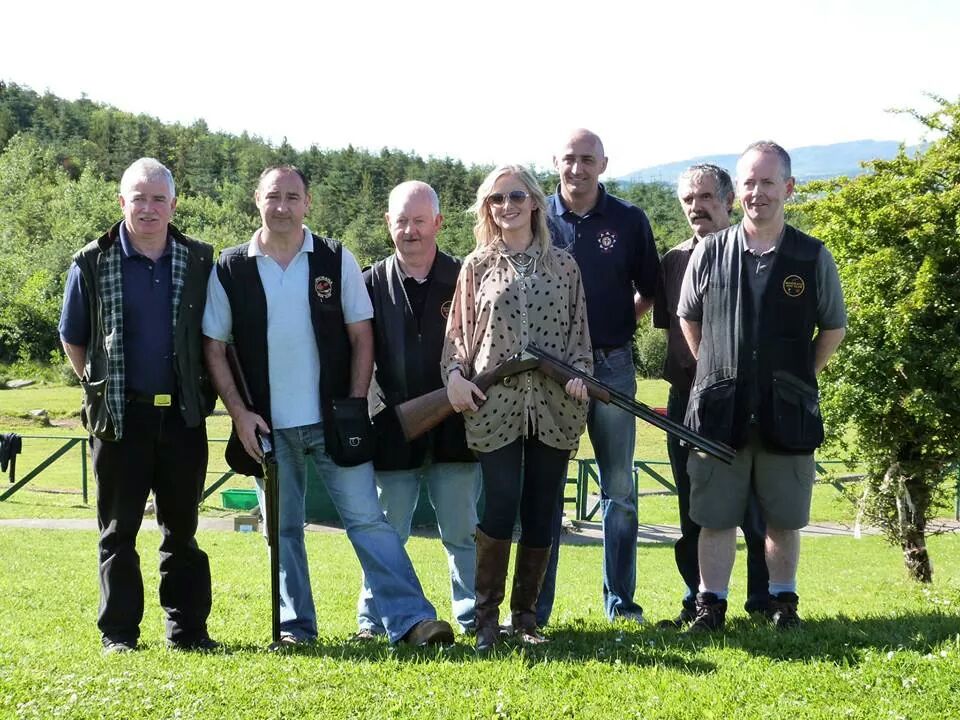 ON Saturday, June 28, I made my way down to Buncrana to take part in a fundraiser organised by fire-fighter Mark Porter.

We met at the fire station and made our way over to the gun club where people were already beginning to gather. The first thing that struck me was how gorgeous the surroundings were. Set among acres of land the club provides beautiful views of Buncrana which were highlighted by the glorious weather we had over the weekend.
After a quick safety demonstration we were divided into various groups. We were each given a card to be marked off as we went along.

The first stage was quite disastrous as we were still getting used to holding the rifle. I don’t think any of us were expecting such power to come from the gun, I was especially surprised as the recoil nearly knocked me off my feet. (That got a few laughs from the guys in my group). We quickly settled into the run of things and some of us actually started hitting the clays! After a couple of stages the real competitors began to emerge and the weaker members of the pack (aka me) were more obvious.

Some of our guys were really great which was impressive as they had little or no previous experience. They seemed to adapt to the sport quite easily which was fascinating to watch.

I finally got my own taste of success at the third or forth stage and I must say, it felt brilliant! I can see why it is so popular. There is something quite satisfying about blowing the clay to smithereens! I suddenly felt very powerful and aimed to take my next shot with a new found confidence. Of course I failed miserably.

A truck could have driven through the space between the bullet and the clay! As the day went on I managed to hit a few more and miss a whole lot more but the one thing that remained consistent was the level of craic that we had. It was just so much fun! The organisation of the day was down to Mark. He did a fantastic job and I am so very grateful to him. Local businesses kindly donated prizes and food for the barbecue on Mark’s request.

I would like to take this opportunity to thank him for his hard work. It is clear to me that he is a very well respected member of the community as so many people came out to support us. People brought their kids along too which added to the lightheartedness of the day. Surprisingly a lot of the children had a better aim than the adults which put us all to shame!

I wish to thank the members of the gun club also. They had great patience with the inexperienced shooters and didn’t make us feel silly for missing time and time again! Mark’s brother Ciaran found it hilarious when we kept missing which added to the joviality of the day.

I would recommend clay pigeon shooting to anyone, it genuinely is a great way to spend an afternoon. I have already made plans to return to Buncrana as I am determined to get better. I would love to get secret lessons somewhere and go back down claiming to still be bad and then shock them all with my skills, although the chances of me actually getting any better are quite slim.

And Finally
Mark contacted me on Saturday evening to inform me that the money raised would be enough to cover the cost of my crutches. This news is so overwhelming. To put it simply, I will have a better quality of life thanks to Mark and the people of Buncrana. For this I will be forever grateful. So thank you guys, you have no idea what this means to me.