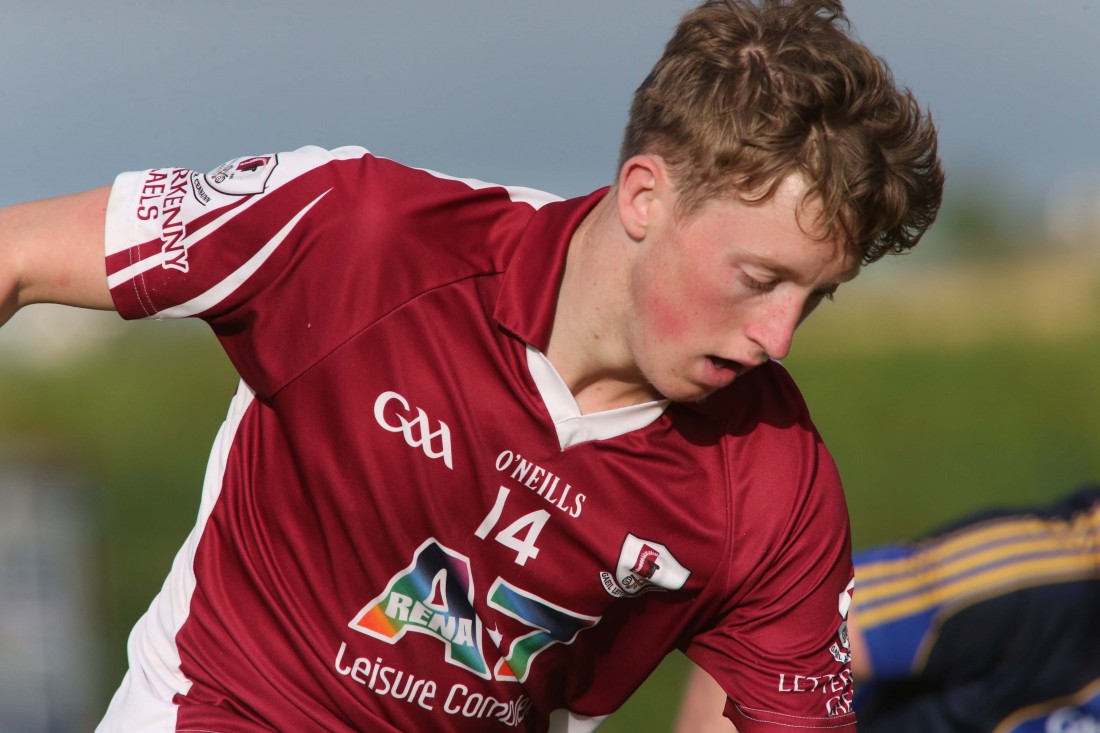 “That was our senior team’s first ever Championship win at home on the new pitch at Pairc na nGael,” Gaels manager Sean McBrearty said this week.

“We beat Lifford in 2009, but that was away from home and iut was the same in 2007 when we beat Carndonagh. Since the new pitch was done, last weekend was our first Championship win.”

McBrearty is in his first year as the Gaels senior manager. Helped by John McDermott, Pat McGilloway and John Doherty, McBrearty has been delighted with how the year has been panning out, with just one loss so far.

He said: “All the lads are really putting their shoulders to the wheel in terms of effort and commitment. Hopefully they’ll be rewarded for that.”

Saturday evening sees them head for in-form Moville with Oisin McElhinney serving a suspension following his sending off against Muff.

The Gaels are top of the pile in Division 4 and McBrearty is eyeing up Championship progression as a bonus for his troops.

He said: “We have to be happy with our lot. The winning of the League is in our hands and we won the first Championship game. Promotion from Division 4 is our ultimate target this year, but it’s nice to be involved in Championship football, too.  It would be brilliant to make the play-offs from the group to see where that’d take us.

“It’s important that we stay in the mix to keep us playing games. We want to keep the momentum going.”

Ciaran Cannon, who was on the Donegal Under-21 side this year is another key man at midfield for the Glebe side and they’ll face a stern test of their credentials at Carrick.

County minors Tony McClenaghan and Ciaran Diver upped their ante last week in a ten-point win (0-17 to 0-7) in Lifford. Malachy McDermott has trained with the Donegal senior team of late and his presence around the middle is key for the Inishowen side, who can also call on former Donegal minor Enda Faulkener and Danny Murphy, who was a member of the Donegal Under-21 side that won Ulster in 2010 under McGuinness’s management.

McBrearty added: “Moville will be a huge test for us. They have a lot of experience in their team.”

ST MARY’S Convoy manager Oliver Prunty is backing his young guns to keep the graph heading in the right direction.

Still in the hunt for promotion from Division 4, Prunty’s side is one of the youngest in Donegal. Bar 30-year-old Laurence McMullan, the entire panel is under 24.

Anthony Browne and Oisin Porter are in America for the summer, but will be back for the close of the campaign, while James Kee and Simon McGlynn are absent because of injuries for Saturday evening’s game against Naomh Padraig, Lifford.

Minors like Jack Blake and Michael Ayton have made the transition to adult level seamlessly.

“We lack a wee bit of physicality. We’re playing against men every week and our players are still boys, a lot of them anyway.

“It’s still all to play for us in the League as well so we’re looking forward to the next few weeks. The League will be a dogfight, so the Championship is a nice distraction from that now. Hopefully we can keep playing now to keep us ready for the League run-in.

“This is a derby match and they’ll be well up for it.”

Lifford’s cord has threatened to unravel in a season that has seen them win just once –  an early-season encounter with Muff. At present, the two Naomh Padraigs, Lifford and Muff, are propping up Division 4. Lifford were dealt a hammer blow with the loss of Lorny Crossan, while the unavailability of Conor Catterson, Seamus Breslin and Brian Breslin hasn’t helped their cause.

URRIS manager Danny Kelly has been piecing together a patchwork team of late given the abundance of players from the area who have gone to foreign climbs.

The likes of Eddie Kelly, Dean Kelly, Mickey Grant, Alan Friel and Rocky Ivors are among their men who cannot be called upon at the moment.

“We’re really struggling for numbers, we were three men down for the Red Hughs game from last the league game at Straid and we were already without Alan and Kelly who are key men for us,” Kelly said.

They launched a spirited comeback against Red Hughs on Saturday in Pairc Aodh Rua, led by the place kicking of teenager Kevin McLaughlin, but they were pipped at the post.

Kelly said: “The game was still there for us and one goal would have won the game for us and we had enough chances. Red Hughs are a good outfit and they play for each other but like the league game against them the week before we finished well and could have turned it around.’

As they prepare to welcome Naomh Ultan on Saturday evening, Kelly hopes his side can bag the win this weekend. He said: “They’re a physically strong side and we are quite a light side but we’ll have to keep at it and hopefully we can get a win.”

Naomh Ultan are a division below Urris, but their manager, Brendan McGready, has recently welcomed Peter Alvey, Aaron Byrne, Aidan Duddy and Conor Shovlin back into his ranks.

“They are four of our better players and had been out injured, so it’s good to get them back for the last couple of games,” McGready said. “We hope to have a full team this weekend.”

Naomh Ultan had been due to take on Na Rossa, who didn’t field on Saturday. Urris have enough about them to win this one.

NA Rossa welcome Robert Emmets to Dooey still smarting from the news that Naomh Ultan are to be awarded the points from last week’s game when Declan Bonner’s team didn’t field in Dunkineely.

This weekend, they take on troubled Robert Emmets, whose players, last week in a statement to this newspaper, said they were considering withdrawing their services because of a row over rescheduled fixtures. Rumours were rife this week that manager Aaron McDaid was stepping aside.

Na Rossa are spurred on by Donegal minor panelists Christian Bonner and Johhn McDyre, while full-back Daniel Martin Melly, the experience and guile of John Paul Breslin at centre-field and the in-form Odhrán Molloy at full-forward have all been showing good form of late.

“We have four lads back from holiday who were missing last weekend,” Bonner said. “We have always had some good tussles with Robert Emmets over the years. They beat us in a third game last year so it’ll be another tight battle this weekend I imagine.”