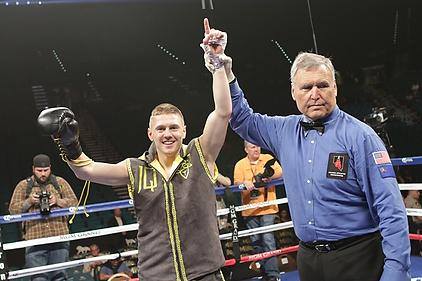 JASON Quigley will have his second professional fight on August 16 when he competes in a middleweight four-rounder on the undercard of the IBF welterweight title showdown between Kell Brook and Shawn Porter.

Fresh from his 82-second destruction of Howard Reece at the MGM Grand on Saturday in his professional debut, 23-year-old Quigley doesn’t have long to wait for his next outing.

An opponent has not been confirmed, but the Finn Valley man has announced that he will fight on the Brook-Porter bout at the Stub Hub, Carson, California.

“I’m blessed to be on another amazing card,” Quigley said.

Quigley is expected to have another fight between then and the end of 2014.

Quigley recorded an impressive debut win on Saturday when he scored a technical knockout triumph over Florida’s Reece.

A thundering right hand in the early seconds set the tone and when Quigley landed another sharp right on Reece, the American went to the canvas. Reece got up, but Quigley let fly with a stunning barrage of punches, to which Reece had no answer.

With Reece visibly withering, the referee Jay Nada moved in and called a halt with only one minute and 22 seconds gone. 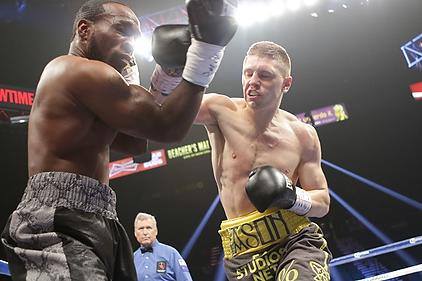